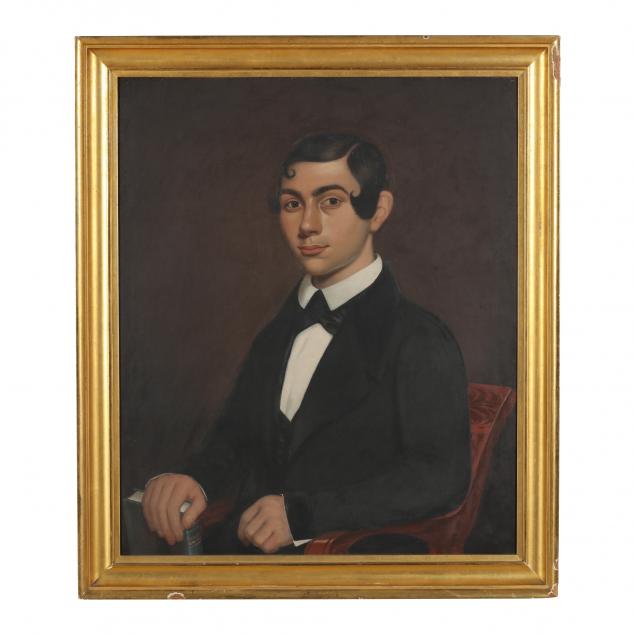 Benjamin Thompson, Jr. (1822-1852) was the son of Benjamin and Margaret Thompson. His father was a railroad conductor, but Benjamin chose to join the US Navy in 1842. He married Harriet Tucker in Marblehead, Massachusetts in 1845.
Benjamin died at the age of thirty after being injured by the cars along the railroad.

Some scattered small areas of later paint visible under UV light; some gilt loss to frame. 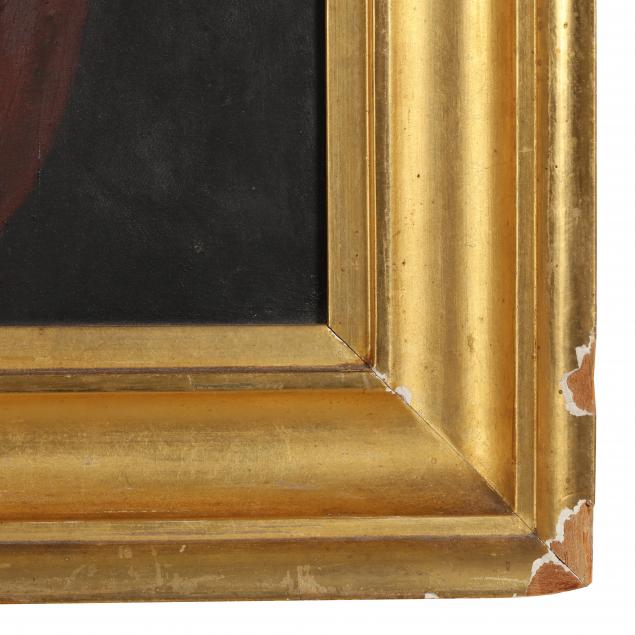 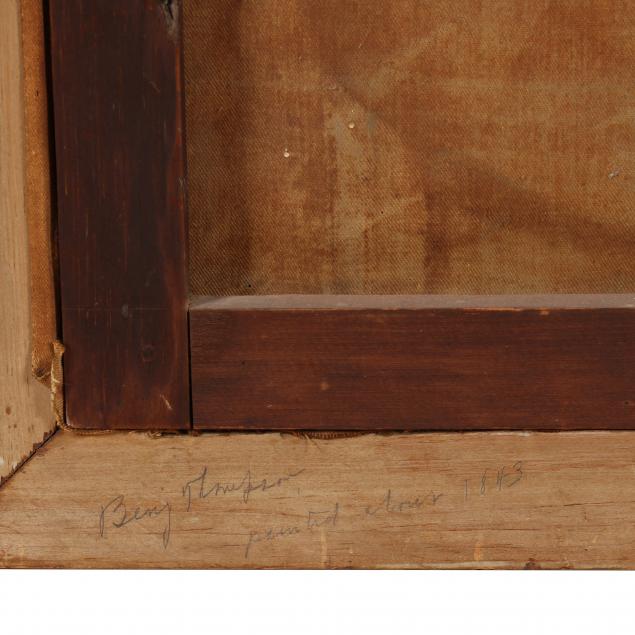 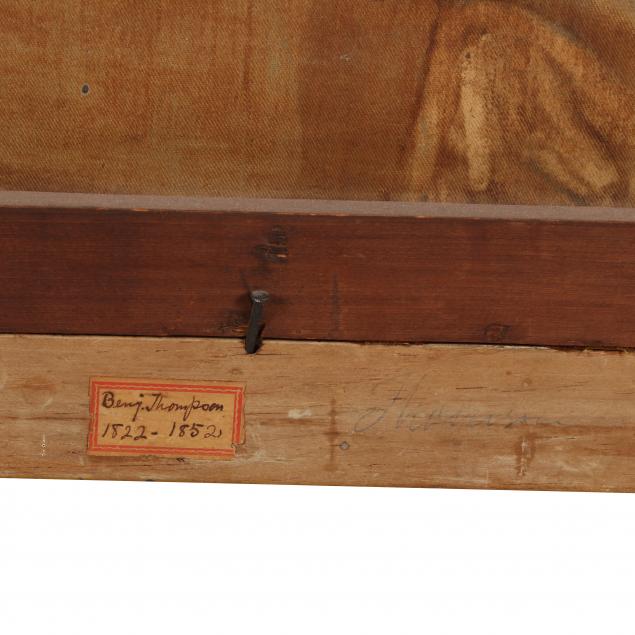 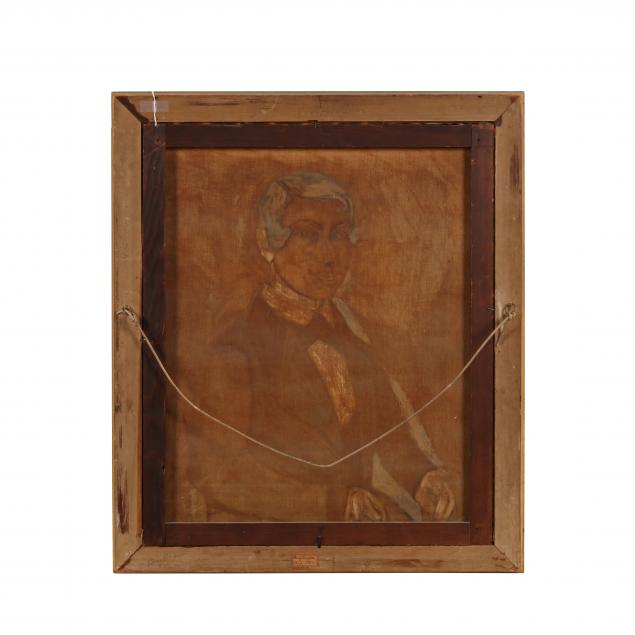