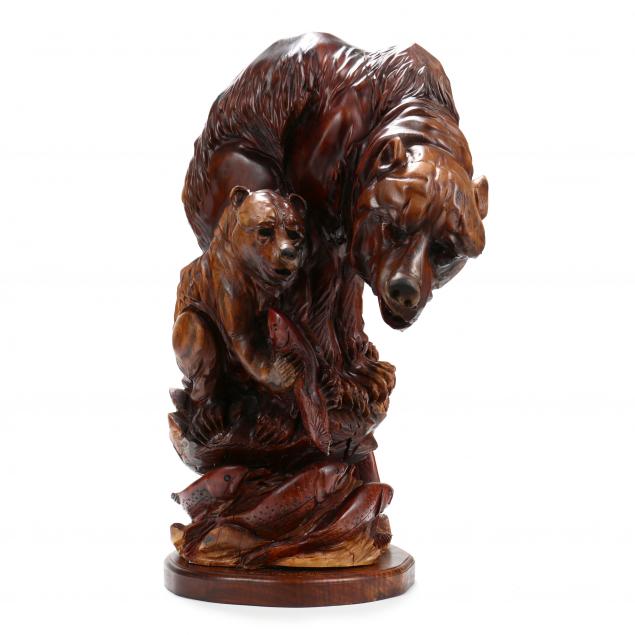 Lot 210
J. Chester (Skip) Armstrong (American, b. 1948), Fishing Lessons
Lot Details & Additional Photographs
2016, carved wood, a grand scale carving of a mother bear and her cub with surprise wriggling catch in his paws, incised signature, title, and date in the conforming molded base.

Born and raised in Berkeley, California in the 1960s, J. Chester (Skip) Armstrong attended the University of California, Berkeley and graduated with a degree in poetic theory and philosophy. After travels through Central America and Vermont, Skip eventually settled in the shadow of the Three Sisters Mountains in Oregon, serving as his inspiration and where he sources the local wood for his captivating figural carved sculptures.
A self taught artist, Skip's work was originally influenced by Native American North West totem poles and masks in the early 1970s. Skip's describes his own impetus as an artist: "I carve to reawaken the soul of the viewer to the primal energy and life force of earth based imagery. My sculptures move in the rhythm of circles, spirals, and flowing lines dictated as much by the grain lines of the wood itself as by my own sense of the harmony of the natural world." 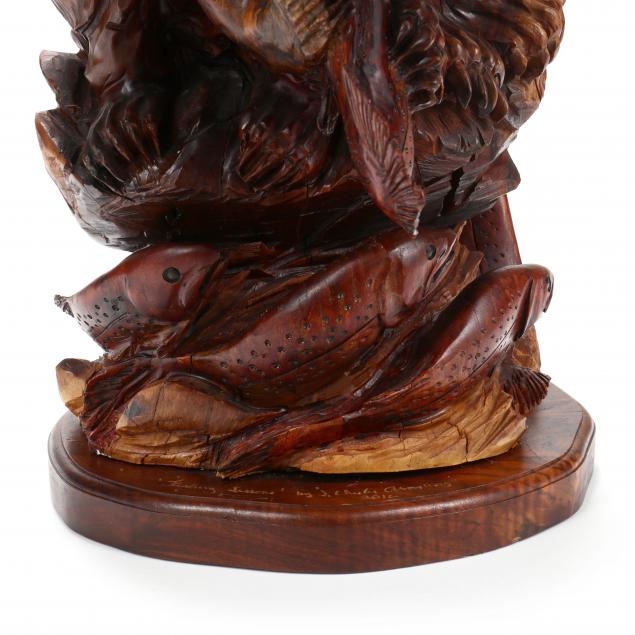 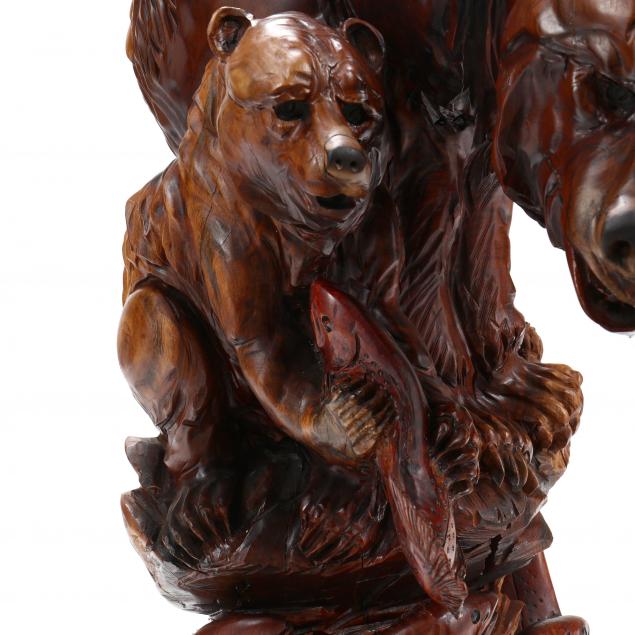 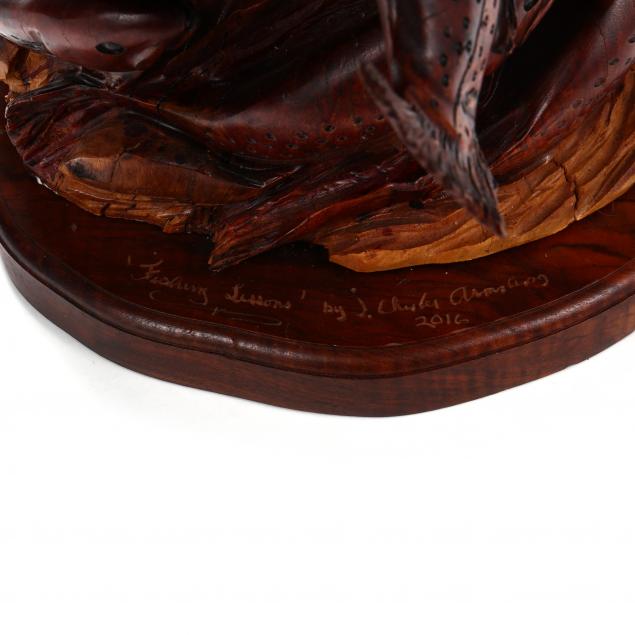 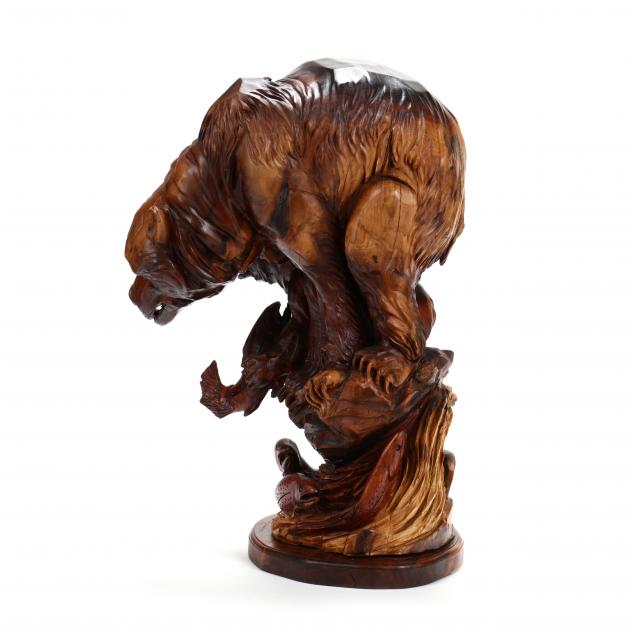 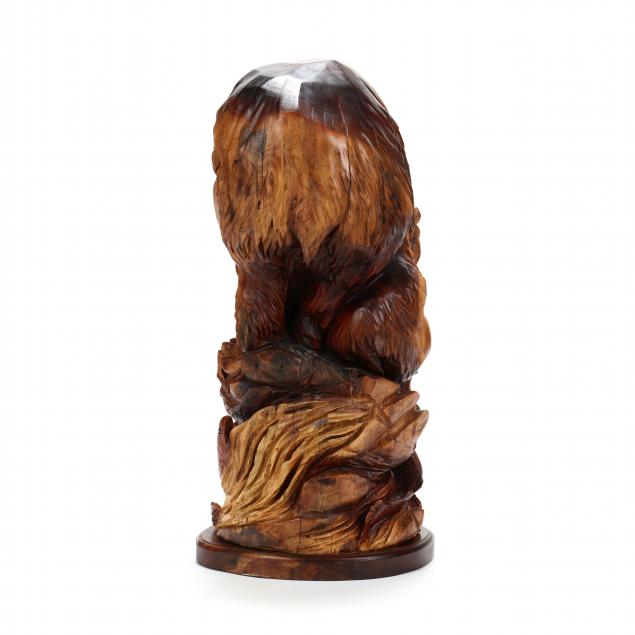 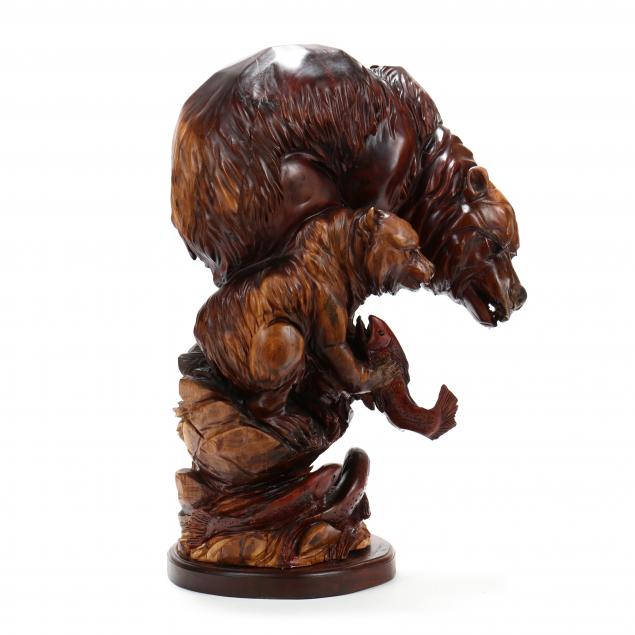 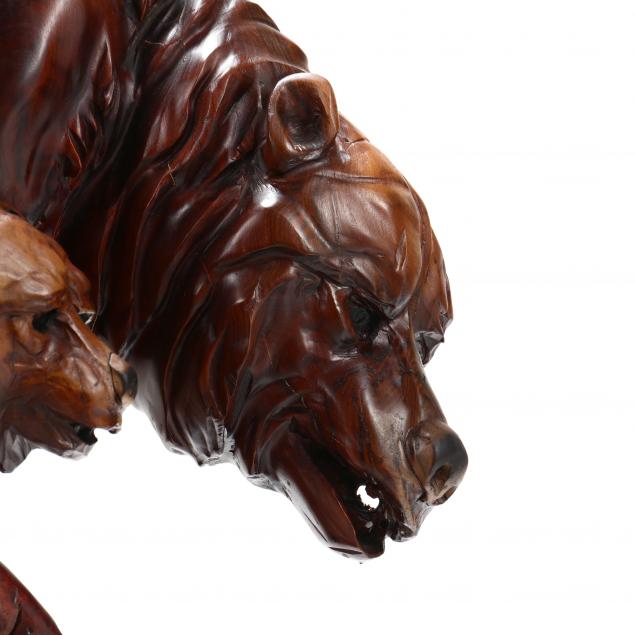 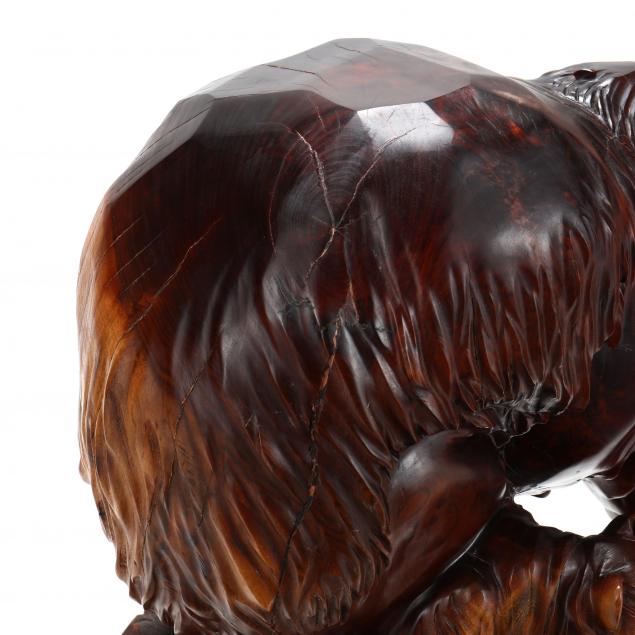