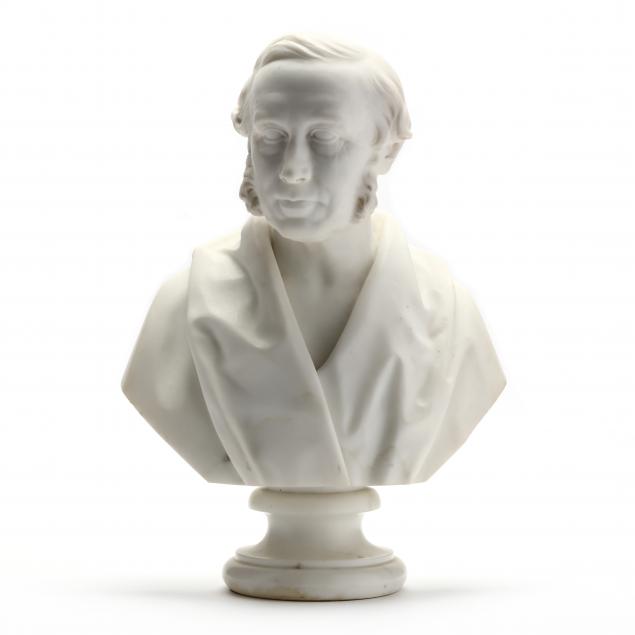 Sculptor William Brodie studied at the the Trustees' Academy in Edinburgh for four years, and traveled to Rome in 1853 where he studied under Scottish sculptor Laurence MacDonald. Afterward, Wiilliam established a successful studio specializing in sculpted portrait busts, public monuments, architectural sculpture, and many of Edinburgh's finest memorial monuments. Brodie exhibited at the Royal Academy (1850-1881), at the Royal Scottish Academy (1847-1881), and at the Great Exhibition of 1851. He was elected Associate of the Royal Scottish Academy (RSA) in 1857, and Royal Scottish Academician in 1859. In 1876 he was appointed secretary of the RSA, a post he held until his death.
This example is similar to the 1872 Bust of Prof James Syme, located at the University of Edinburgh. Professor James Syme was Chair of Clinical Surgery at Edinburgh University from 1833 until 1869, and became a Fellow of the Royal College of Surgeons. He was renowned for his pioneering various surgical procedures. 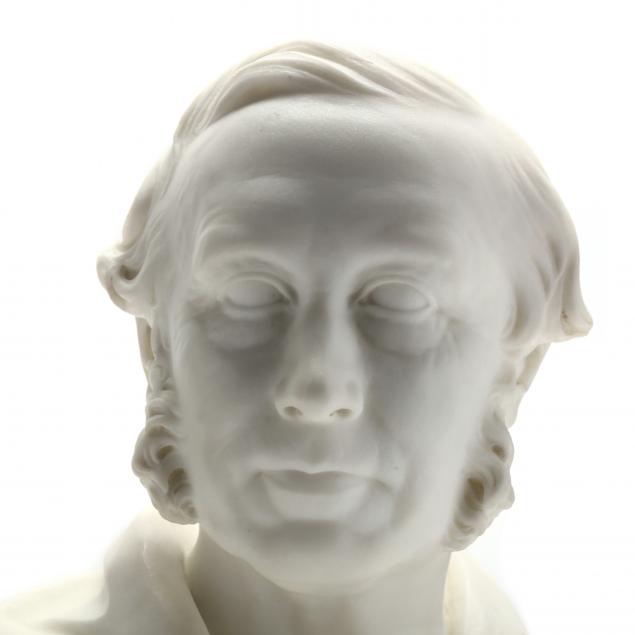 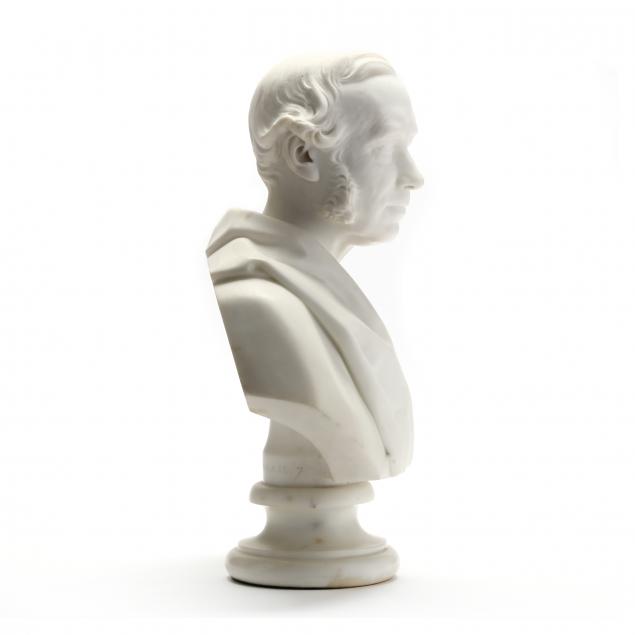 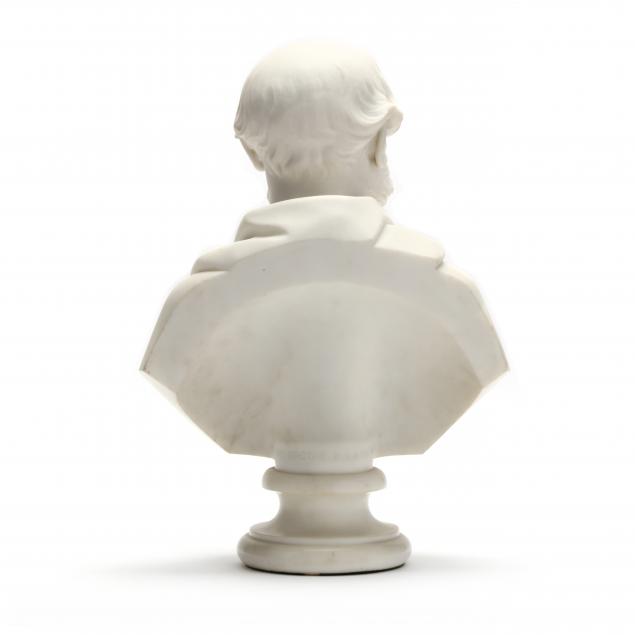 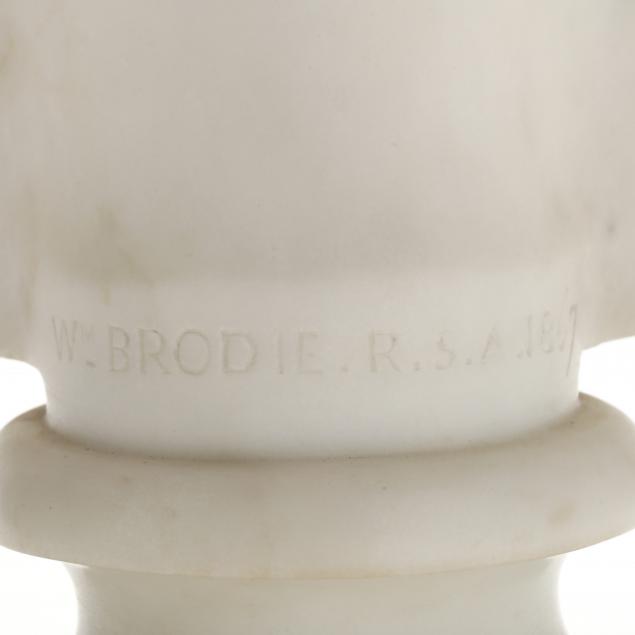 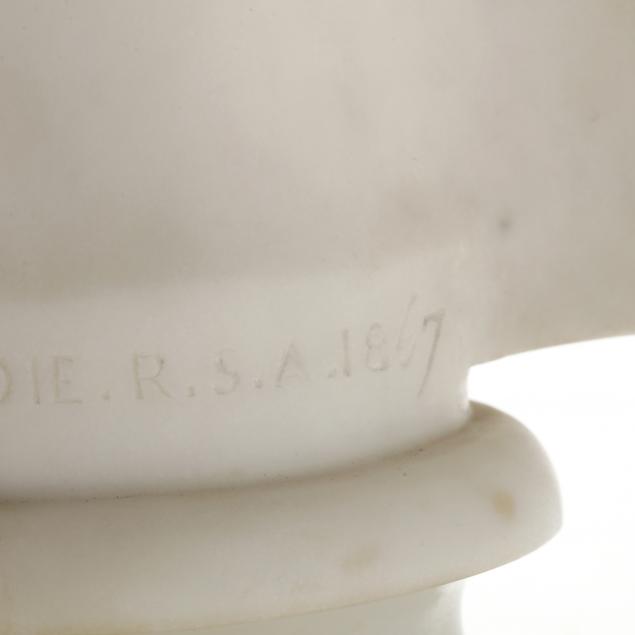 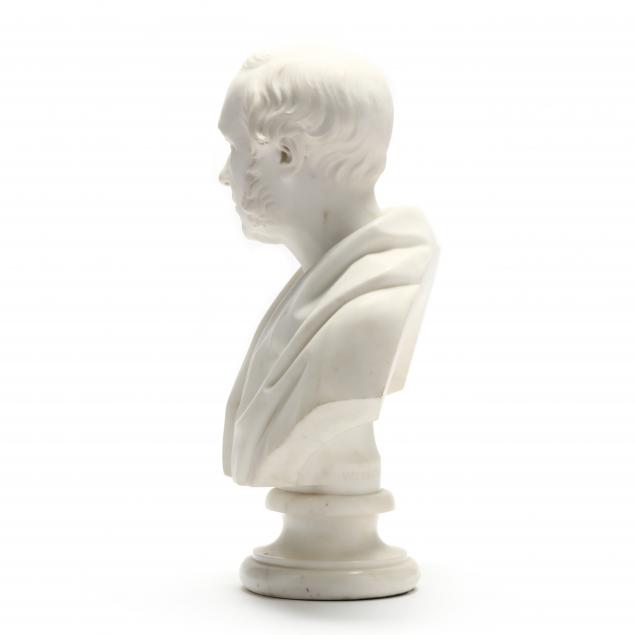 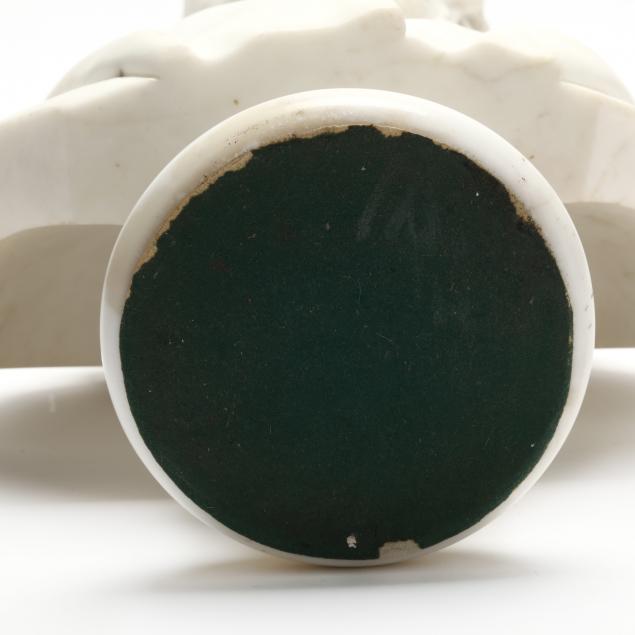