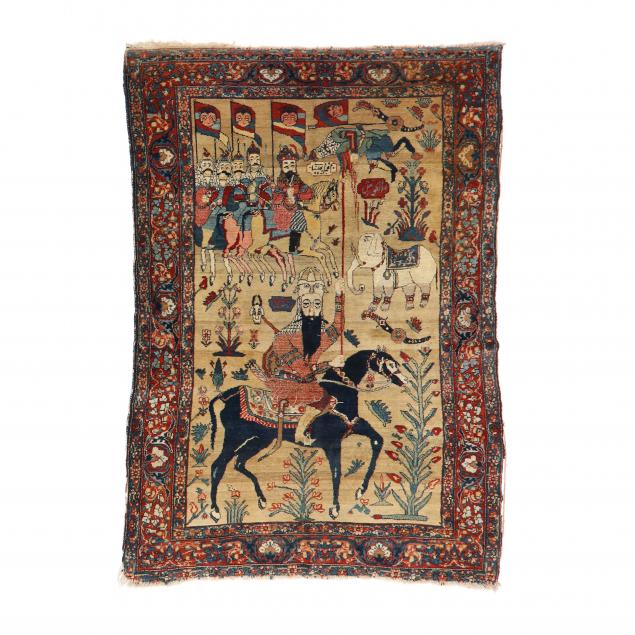 Loss to one corner; with end loss to both ends; selvedge wear and loss; with vertical tear between rear legs of horse; vertical tear to Shah's beard; with some staining. 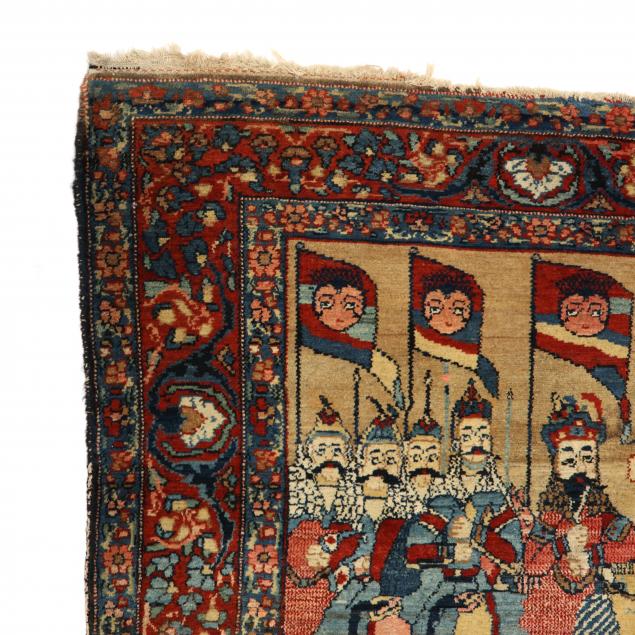 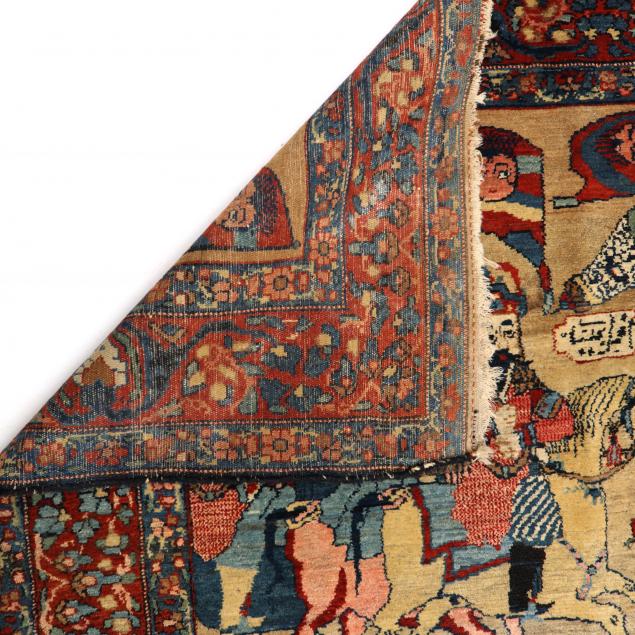 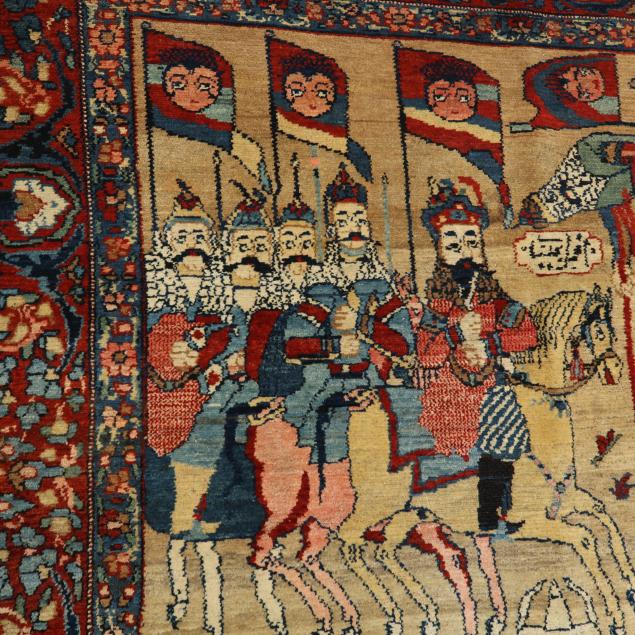 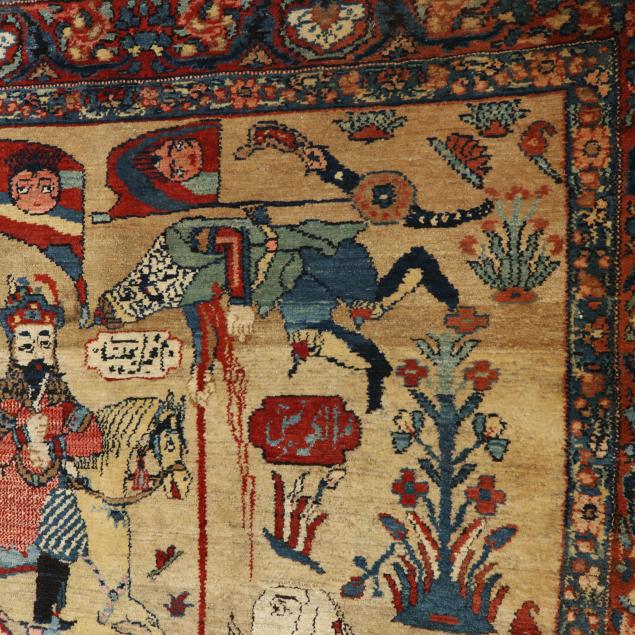 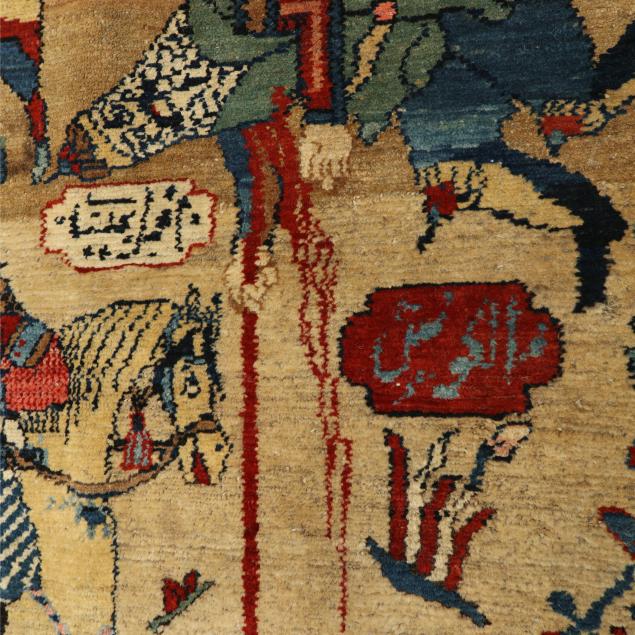 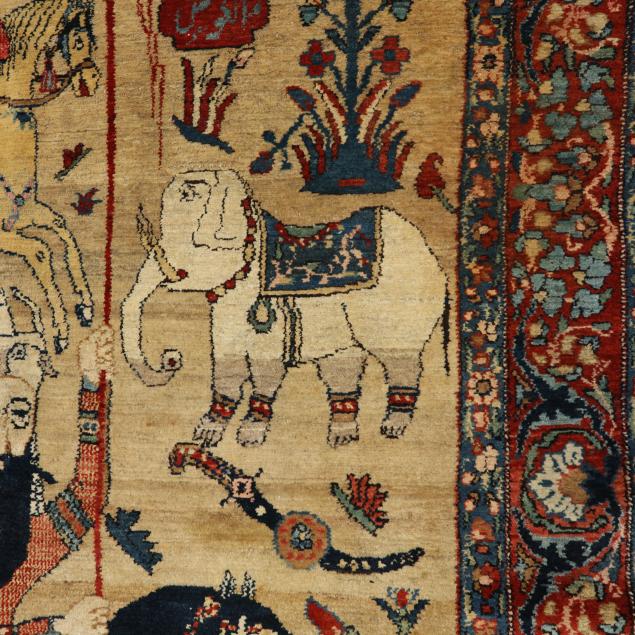 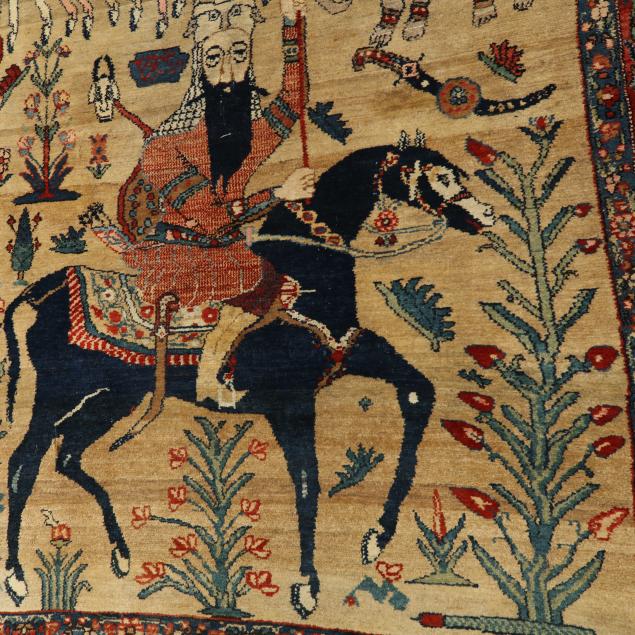 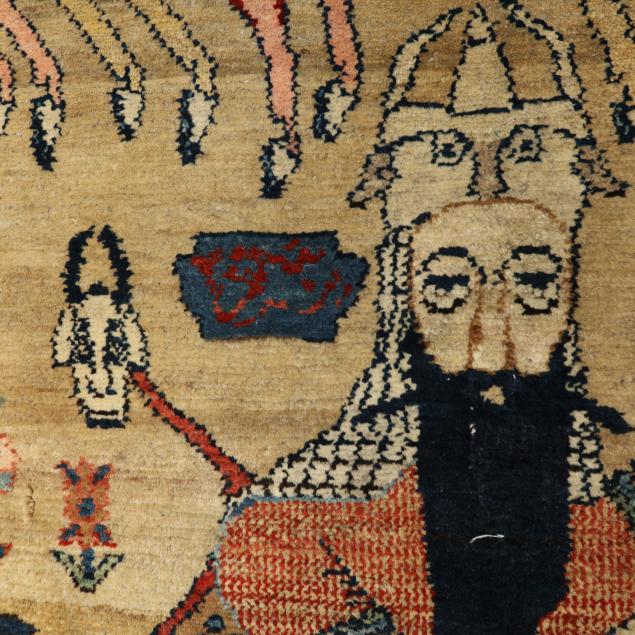 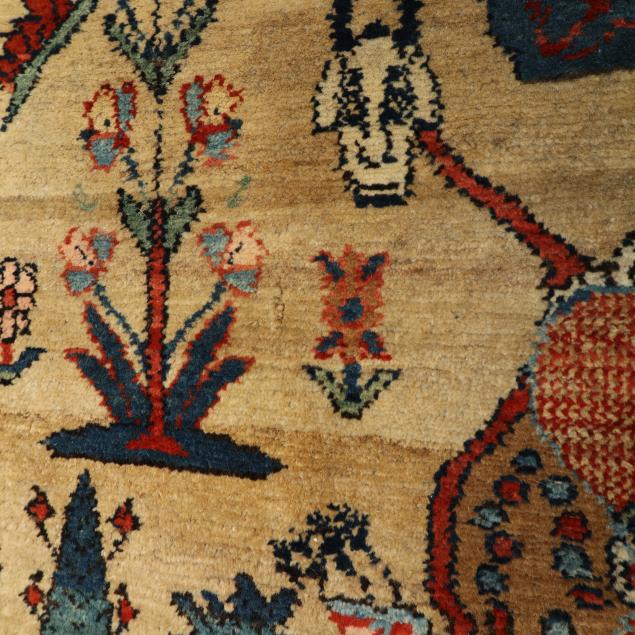 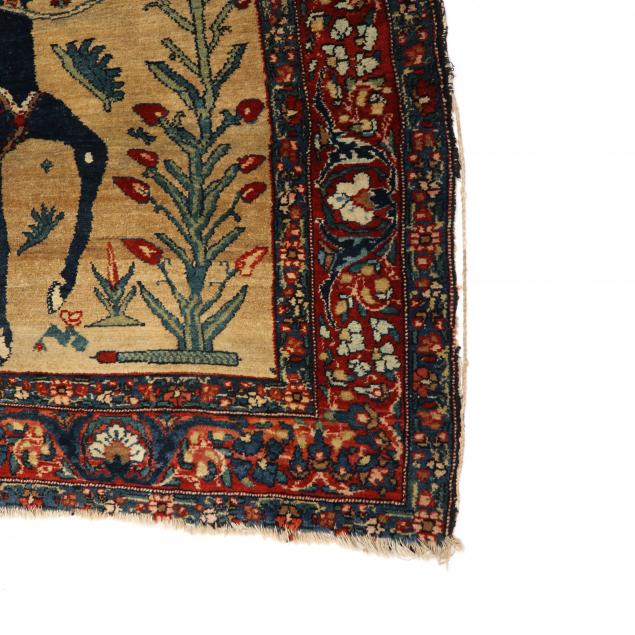 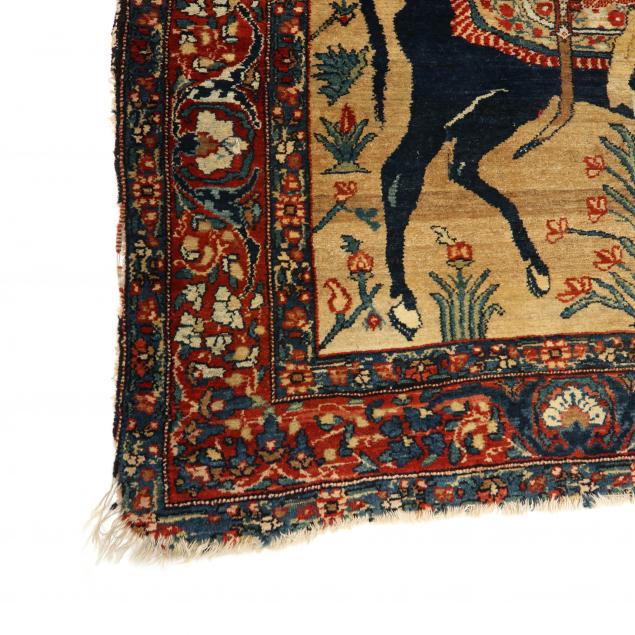 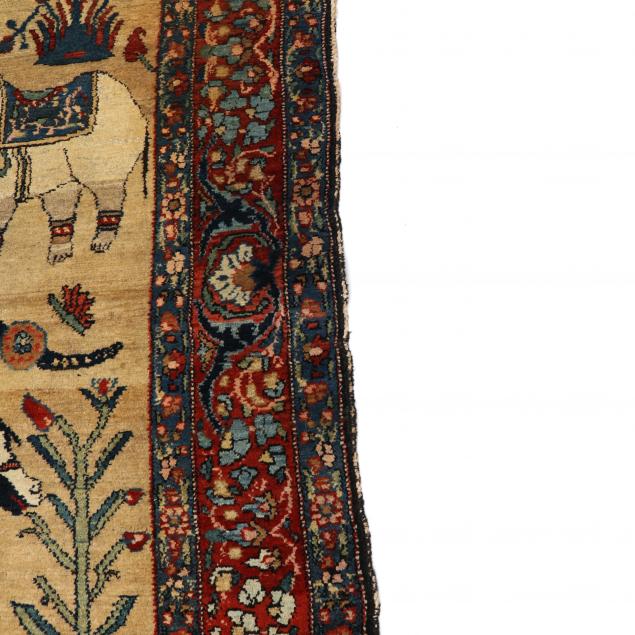 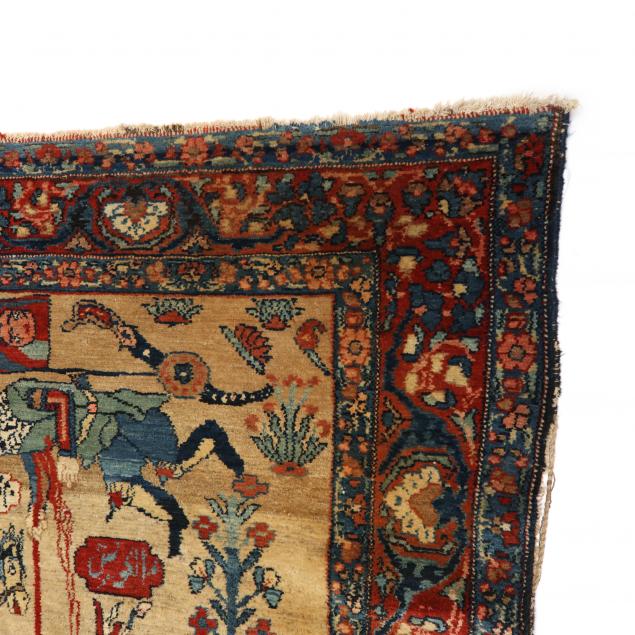 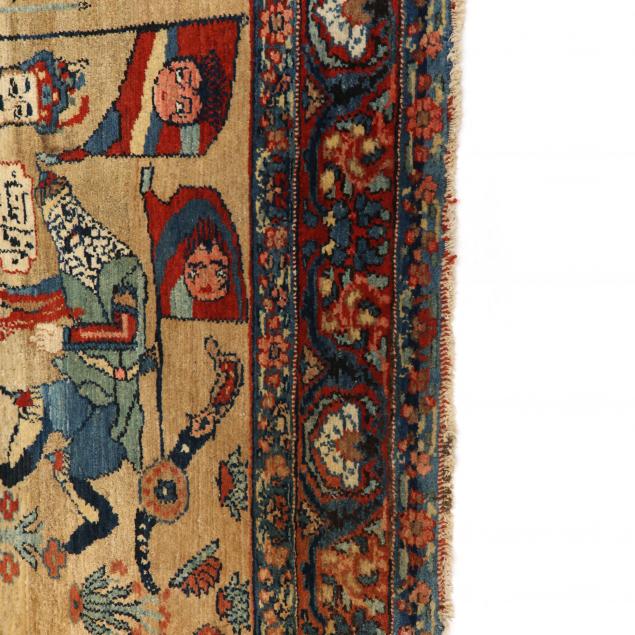 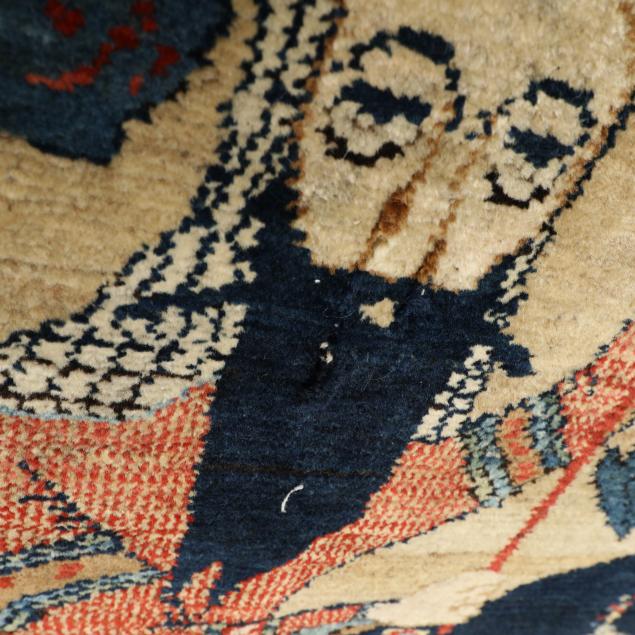 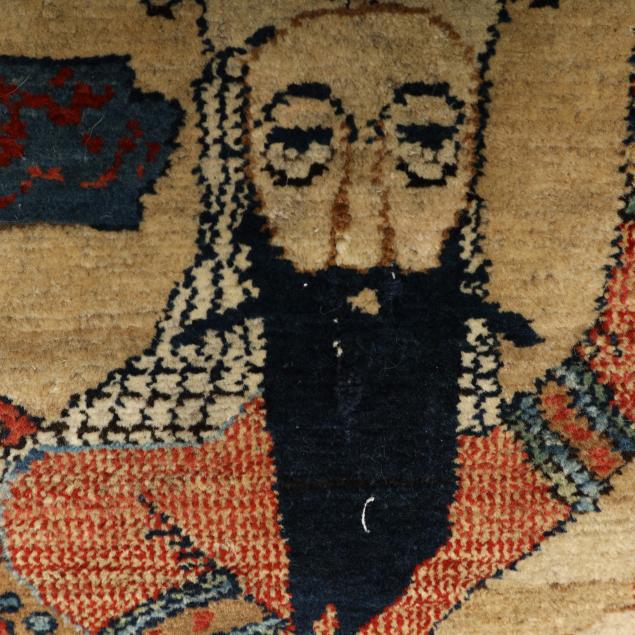 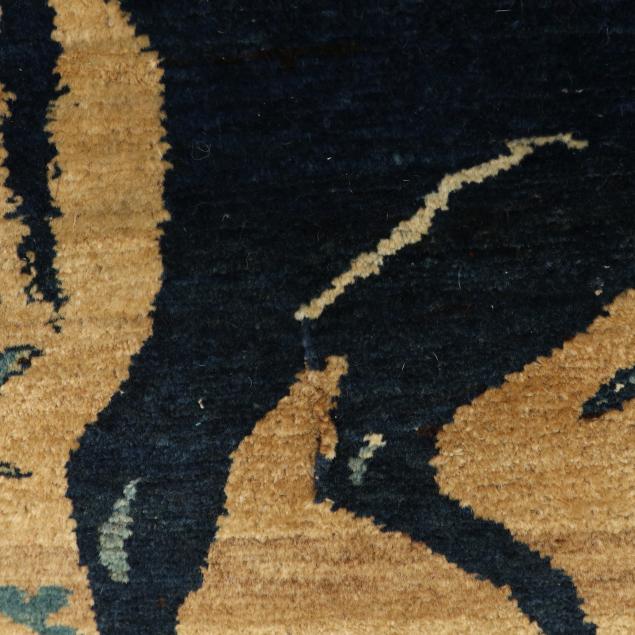 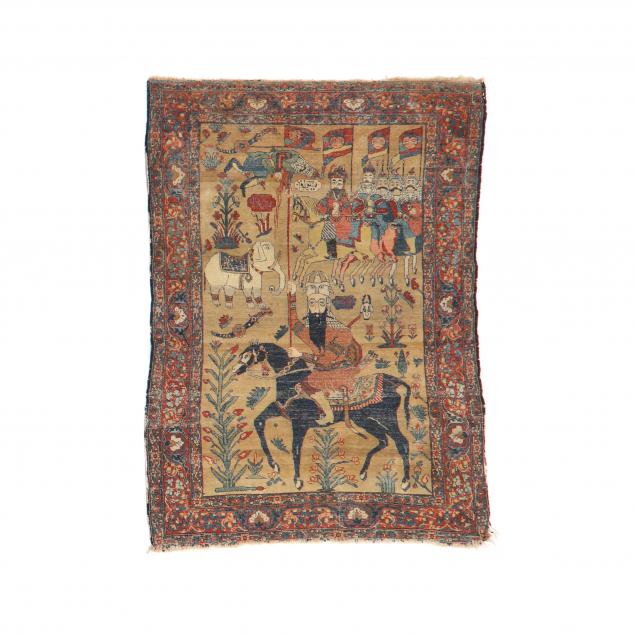 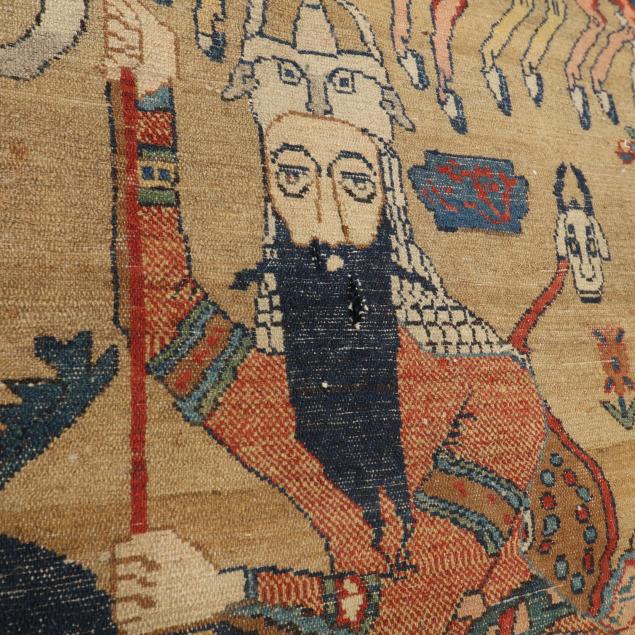 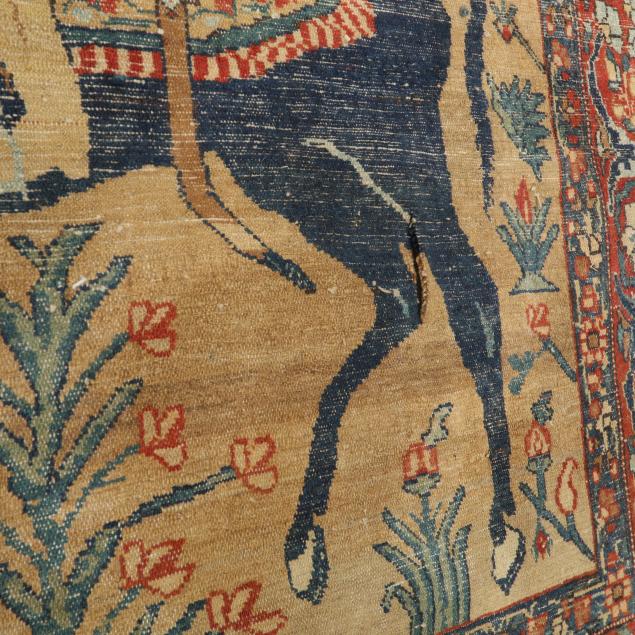 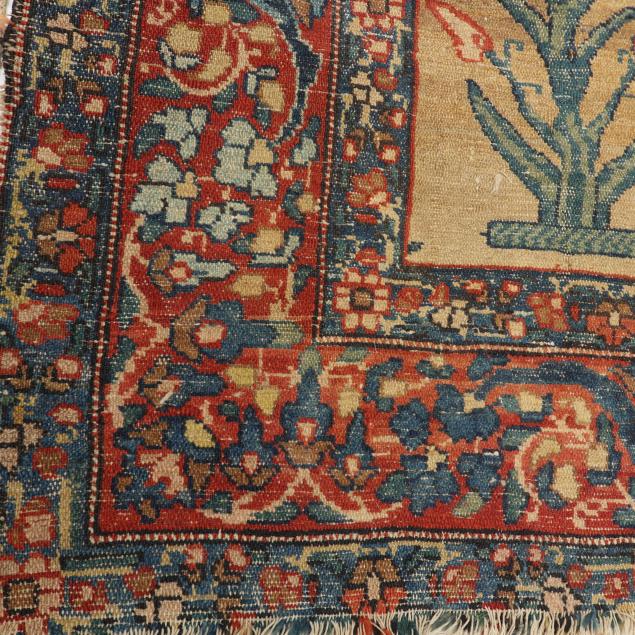