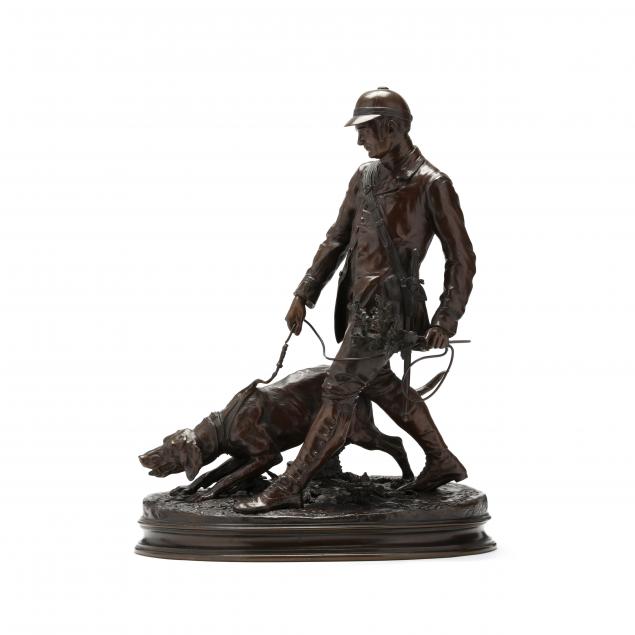 Mêne received much of his early sculpting and foundry experience via his father Dominique. Mêne was influenced by artists Rene Compaire, Edwin Landseer and Carle Vernet, as well as his studies at the "Jardin des Plantes" in Paris. His statuettes are often known for their naturalism, capturing animals in repose or at a moment at play. Mêne exhibited regularly throughout France and Great Britain, and received a series of prestigious awards from the Paris Salon, and "Cross of the Legion of Honor" in 1861.
Pierre Jules Mene opened his own foundry in 1837, first located at 129, rue du Temple; and later in 1842, at 7, Faubourg du Temple, finally, around 1857, 21 rue of the Entrepot-du-Marais. Mêne's son-in-law and animalier sculptor, Auguste Nicholas Cain (1821-1894), worked with Mêne at the foundry. After Mêne's passing in 1879, Cain continued the editions of both Mene's work and his own until his death in 1894. The Models of the two sculptors were then acquired by the Susse Foundry and Barbedienne Foundry, which would publish them in its turn.
In 1908, Susse put forth their catalogue of various bronzes by Mêne titled Collection compléte des Bronzes d'Art de P.-J. Méne et de Aug. Cain, Sujets de Chasse - Animaux which included Valet de Limier in this 47cm (18 1/2 in.) size.
(Source: Bronzes of the Nineteenth Century, A Dictionary of Sculptors, Pierre Kjellberg, pgs. 469-486; 662-663). 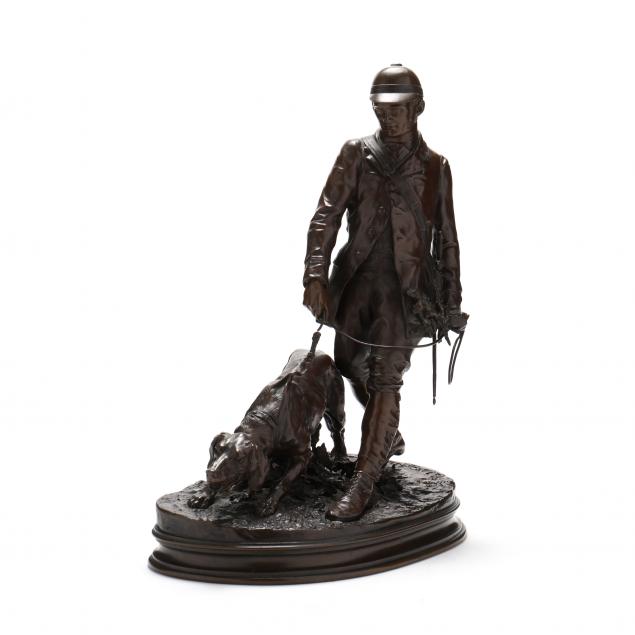 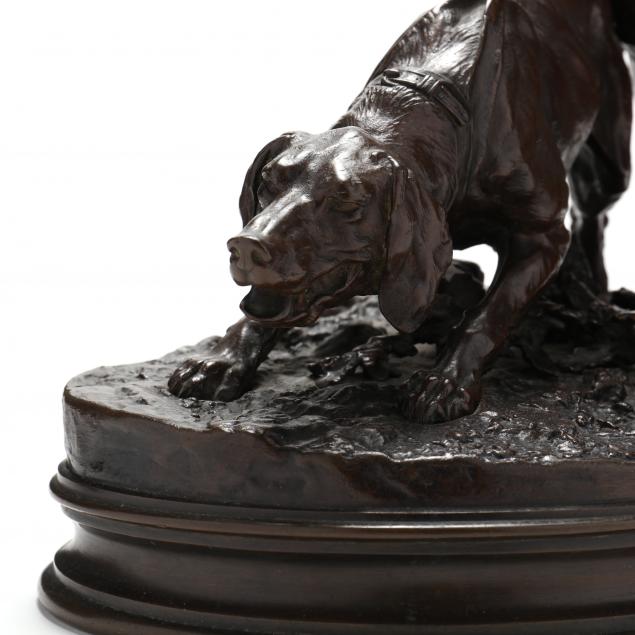 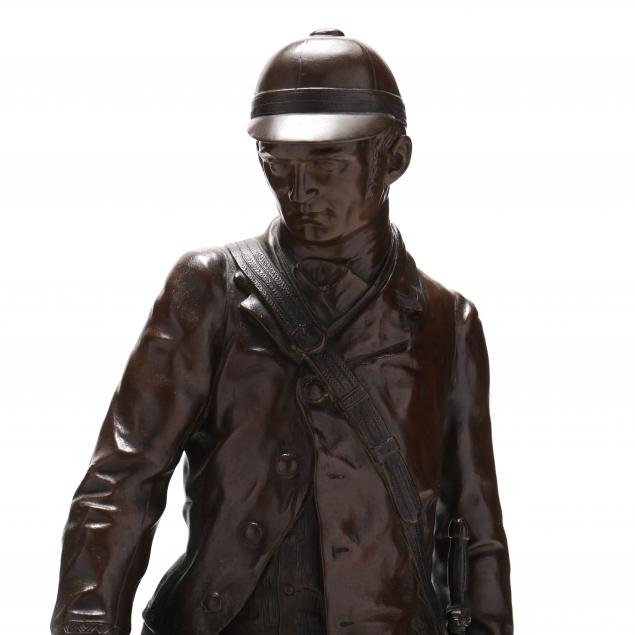 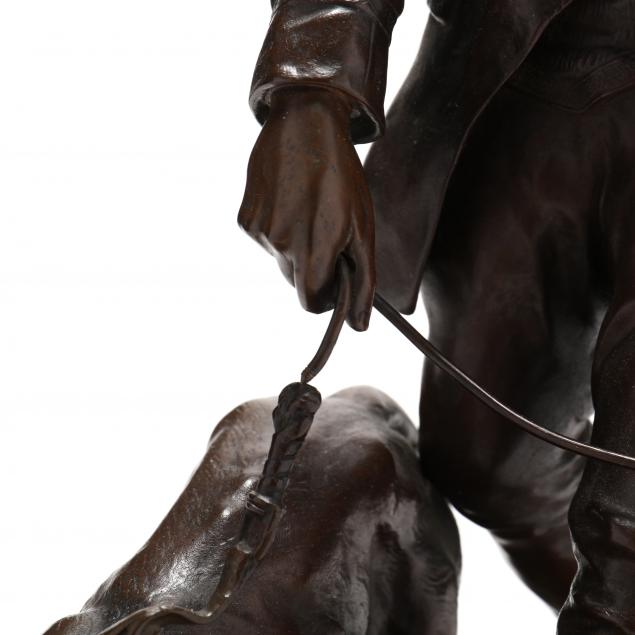 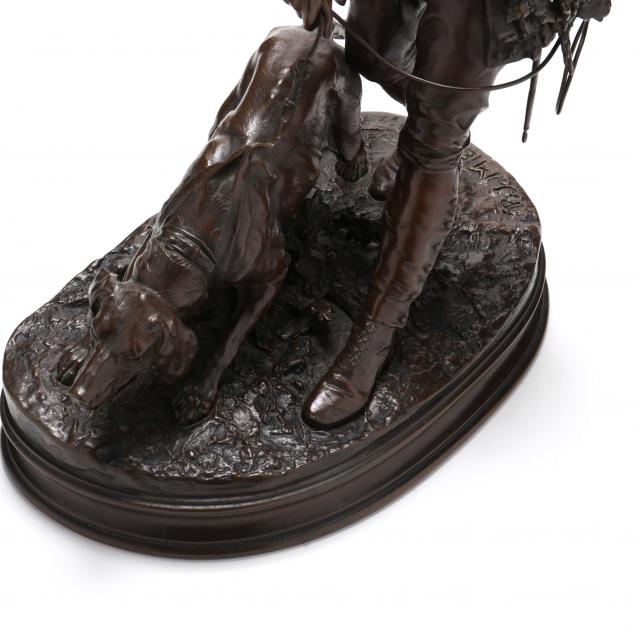 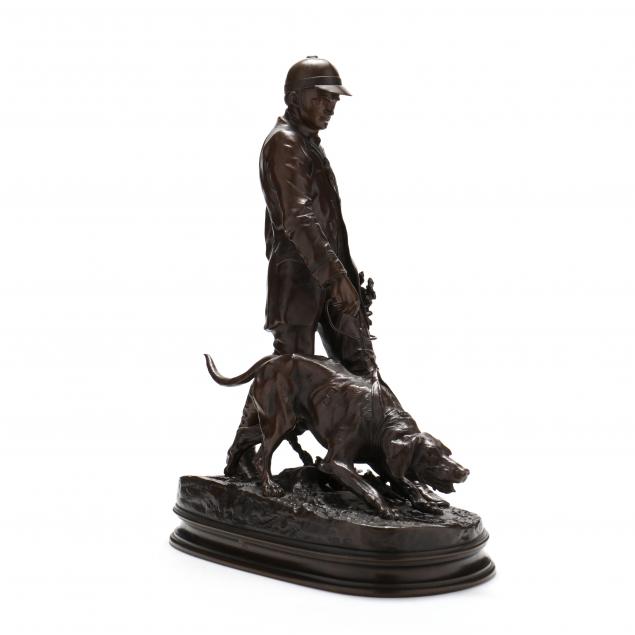 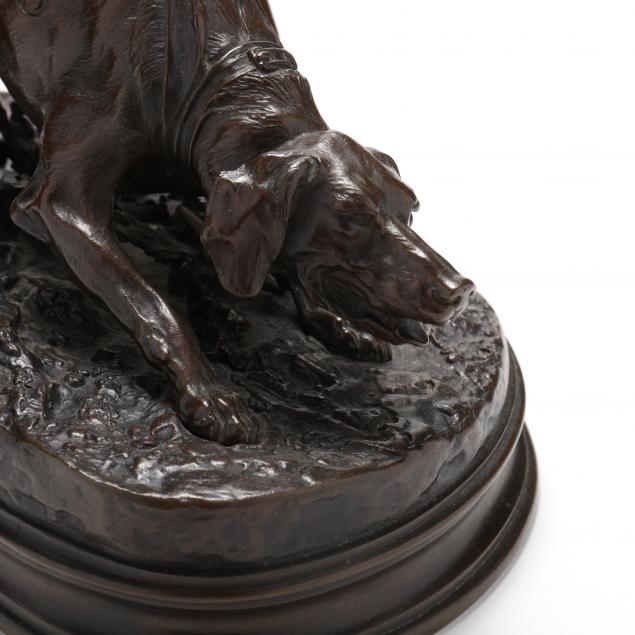 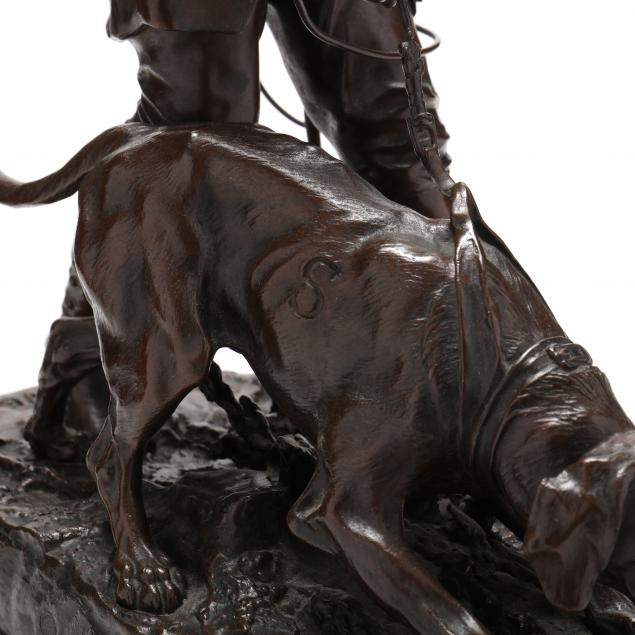 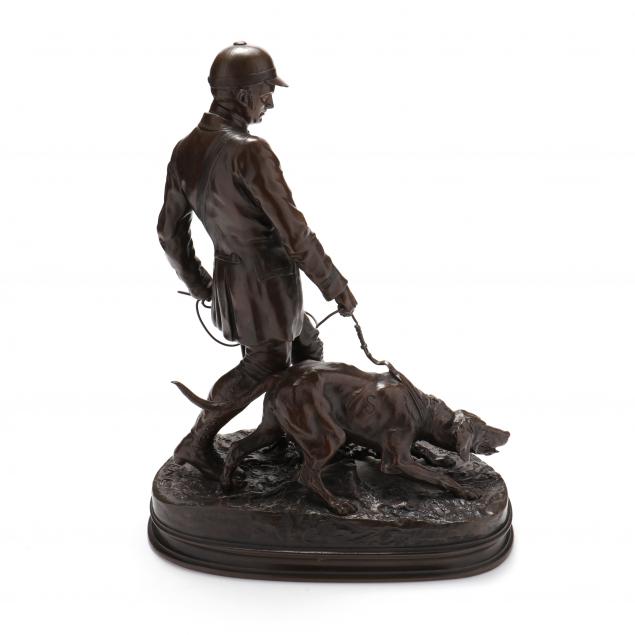 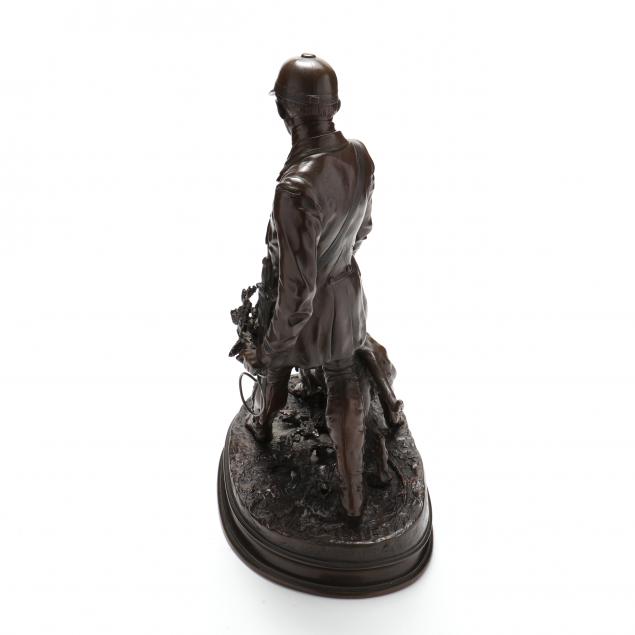 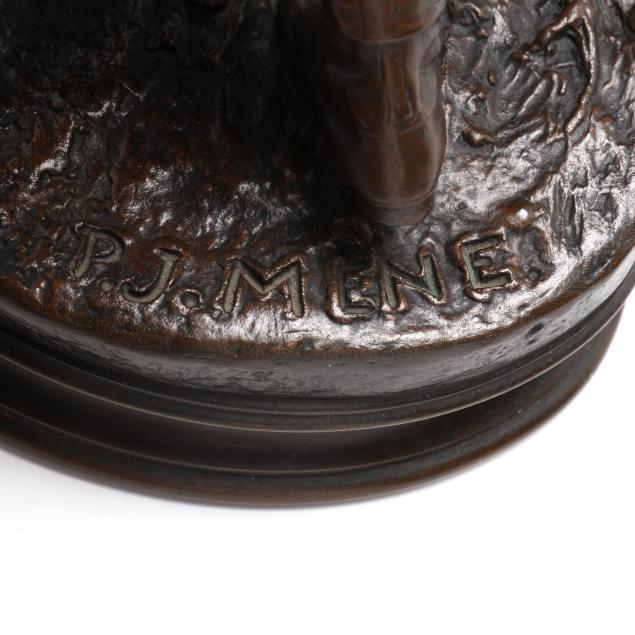 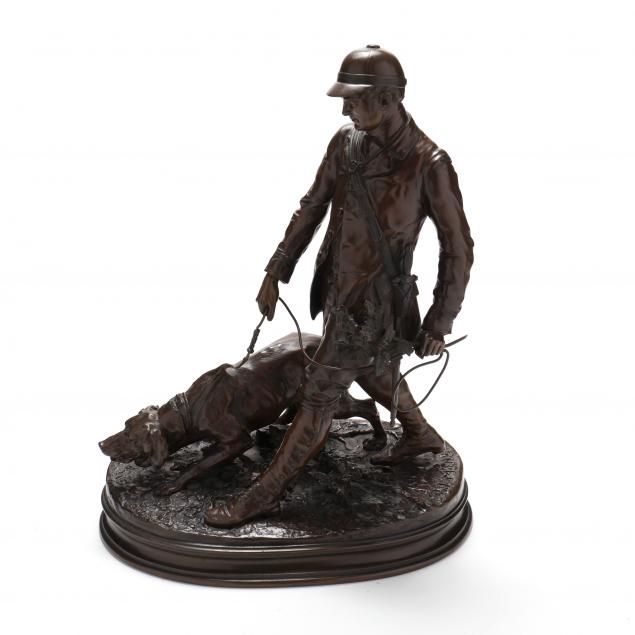 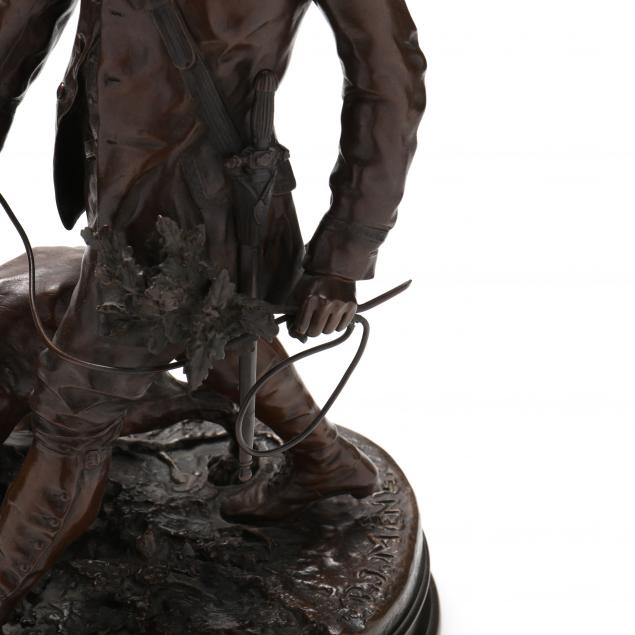 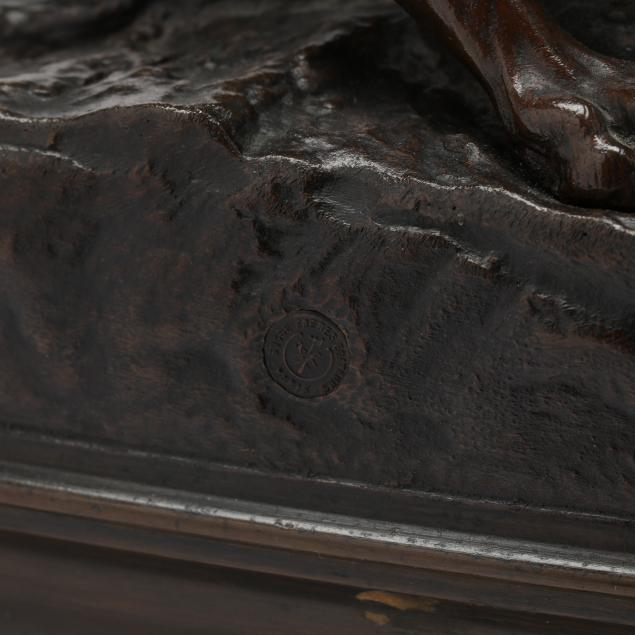 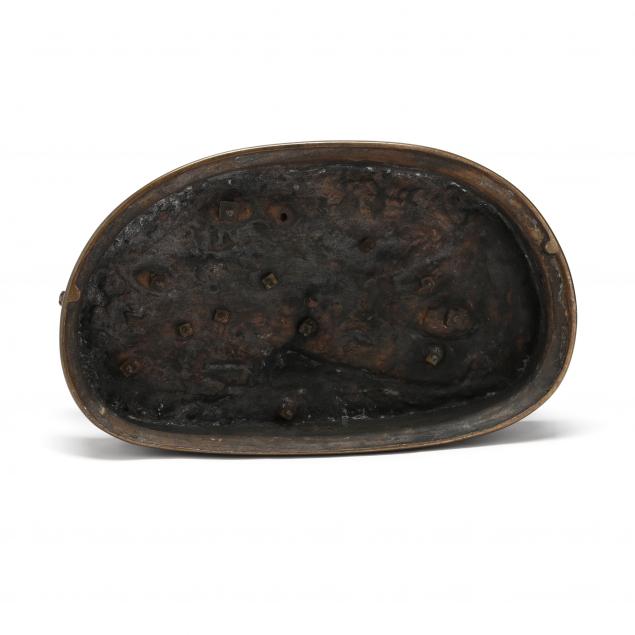