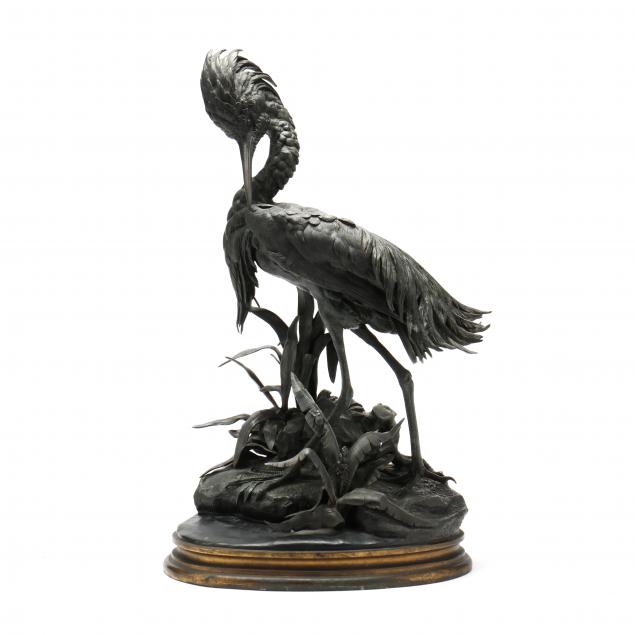 Born in 1835 in Senils, a commune north of Paris near the Chantilly forest, Jules Moigniez was a prolific French animalier sculptor whose work is known for its naturalism and dynamic movement. Moigniez was a student of Paul Comolera (French, 1815-1897), who was highly regarded as a specialist in bird sculpture, a talent undoubtedly nurtured by his pupil.
He debuted at the Exposition Universelle in 1855, and contributed regularly to the Paris Salon from 1859 to 1892. Unlike other animaliers of the period, Moigniez works incorporated elaborately detailed base undergrowth to add movement, naturalism and Romanticism accentuated with variety of unique paintas, including silvered and gilded examples.
An example of Le Grand Egret in matching size (52cm) is published in Bronzes of the Nineteenth Century, A Dictionary of Sculptors, Pierre Kjellberg, pg. 501.

A few hairlines and cracks to bronze including to one upper feather at top of head, right rear talon, front left lower leg, forest floor behind right foot and both upper legs; rubbing to gilt base. 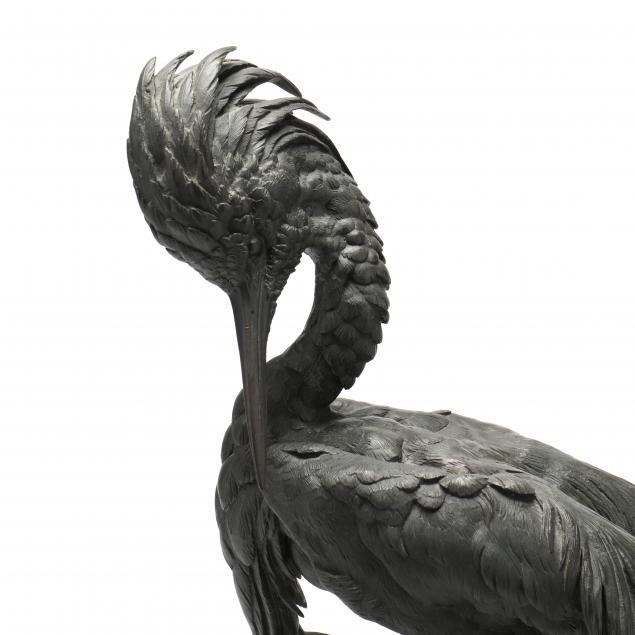 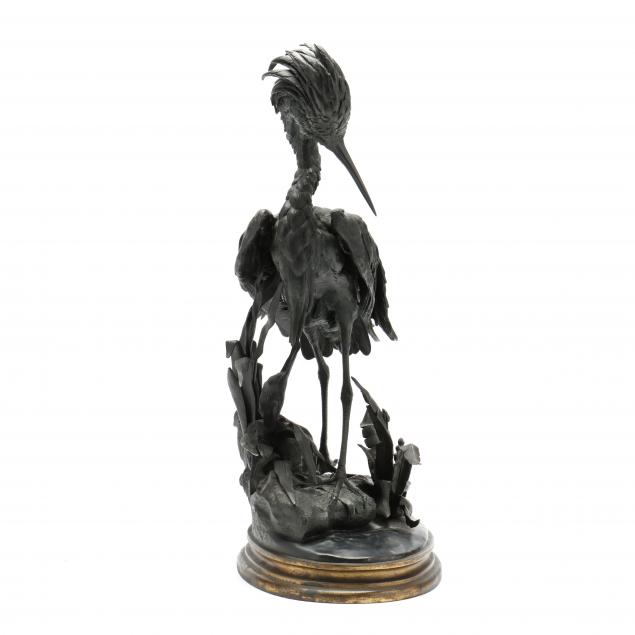 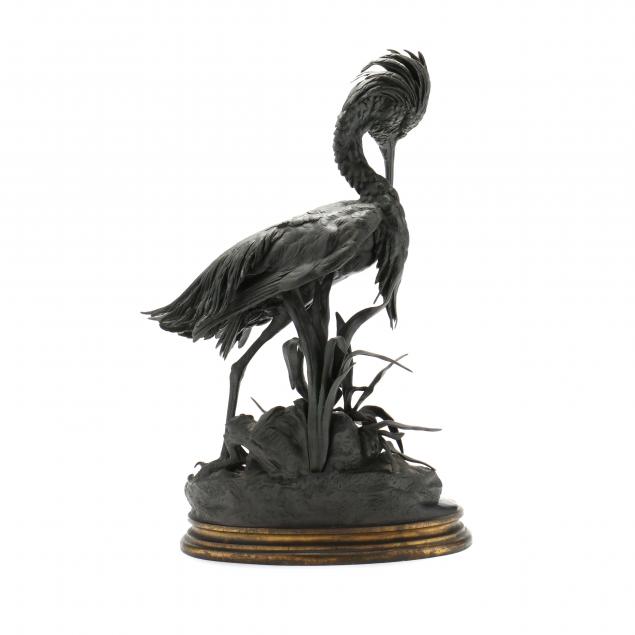 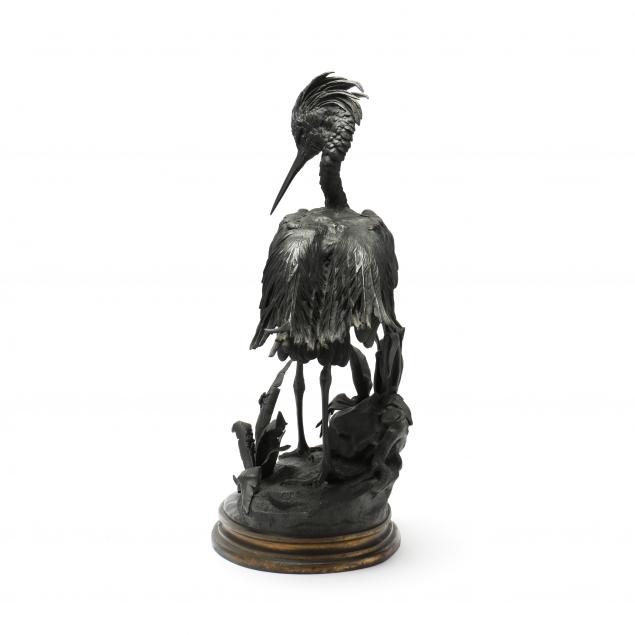 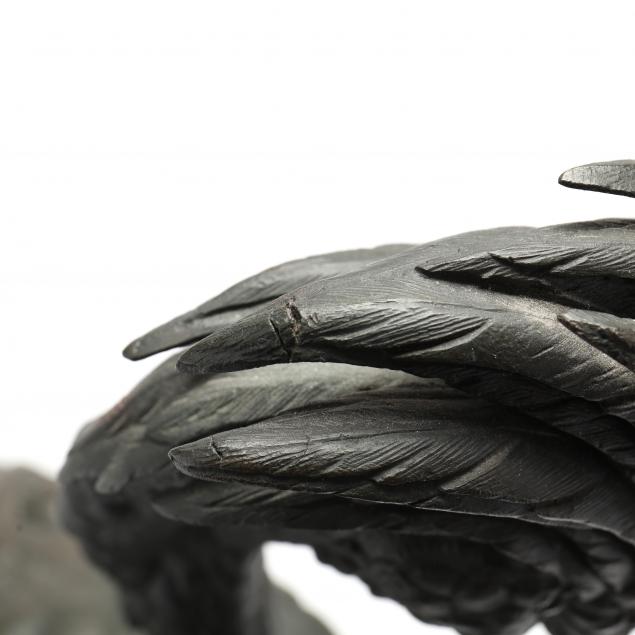 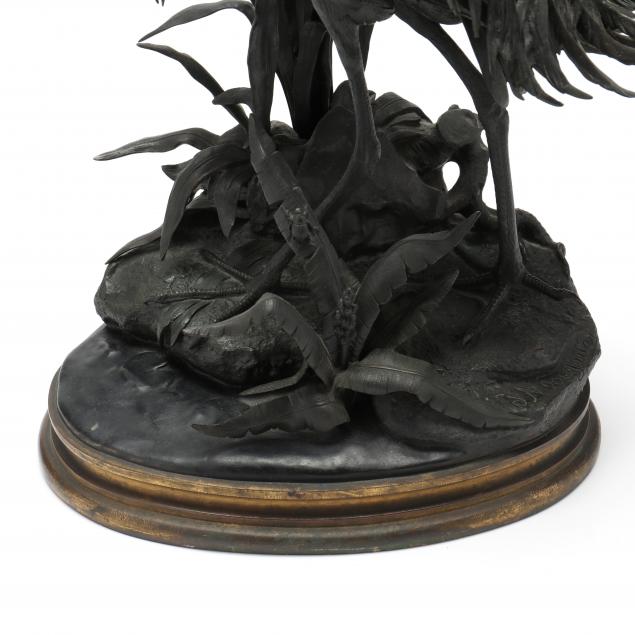 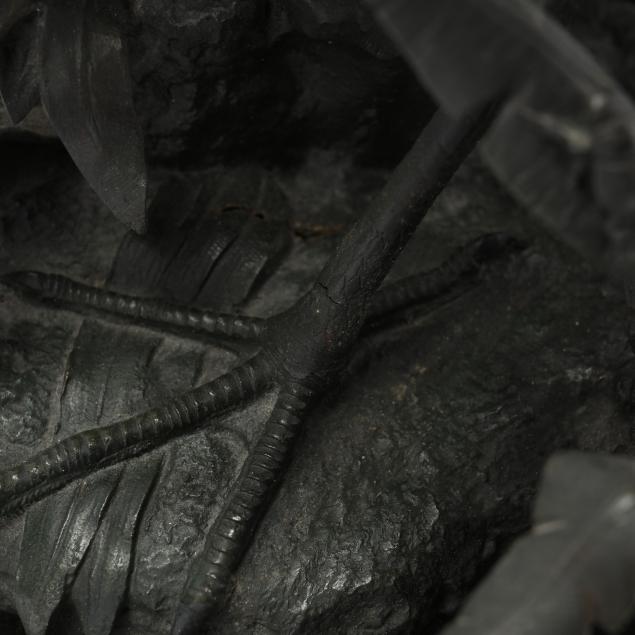 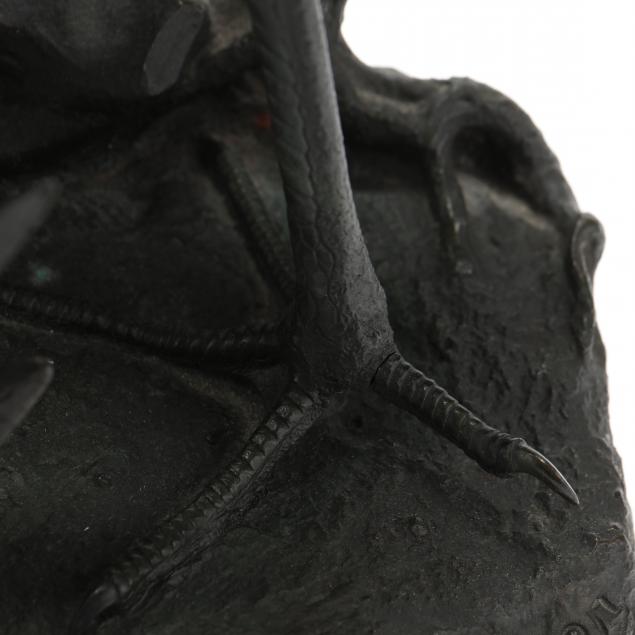 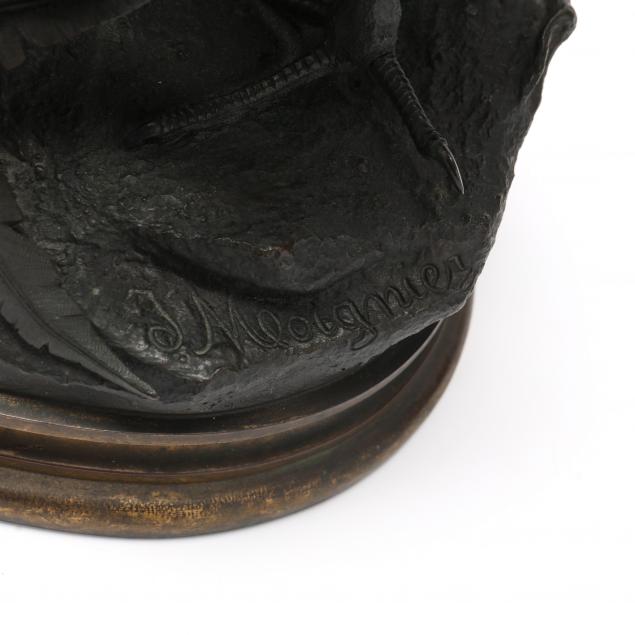 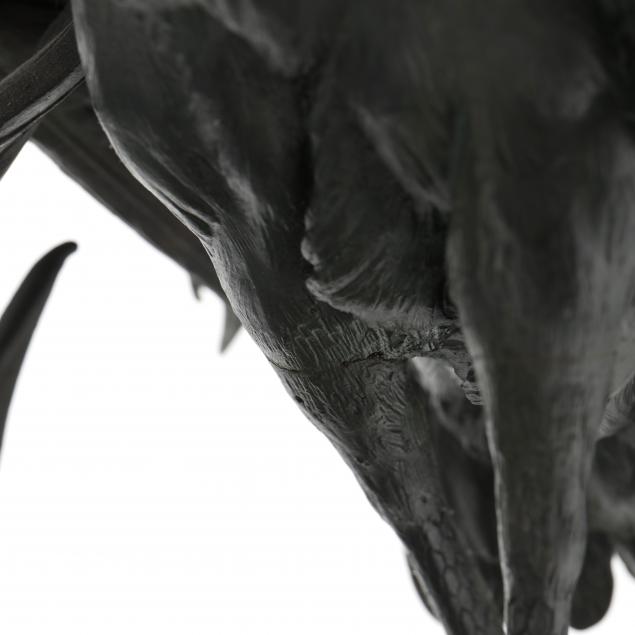 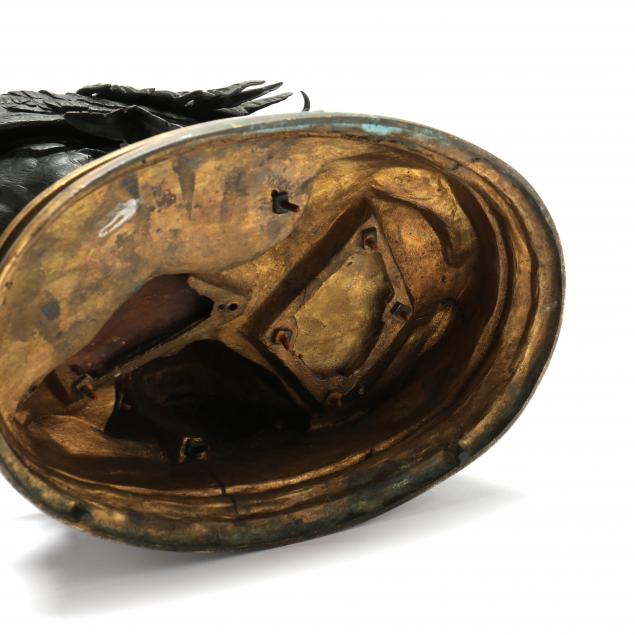