From the Collection of the late Louise Dickie Moore, Clearwater, Florida

Affixed to the verso is a note that this painting was a gift to Mary Hannah Tirrill from her parents in celebration of her 18th birthday in January 1877.

Mary Tirrill was born in St. Louis, Missouri on January 2, 1859. She was a member of the Daughters of the American Revolution, through her great-great-grandfather, Isaac Tirrill who served as a minute man at the Lexington Alarm. Mary married William Patrick Dickie on May 3, 1881 in Bunker Hill, Illinois. She and her husband had six children, four of whom lived to adulthood. She died on October 24, 1942 and is buried in Clearwater, Florida.

By descent through the Dickie family.

This painting is a close copy of the 18th century painting by Vernet in the collection of the National Museum of Ancient Art in Lisbon, Portugal. 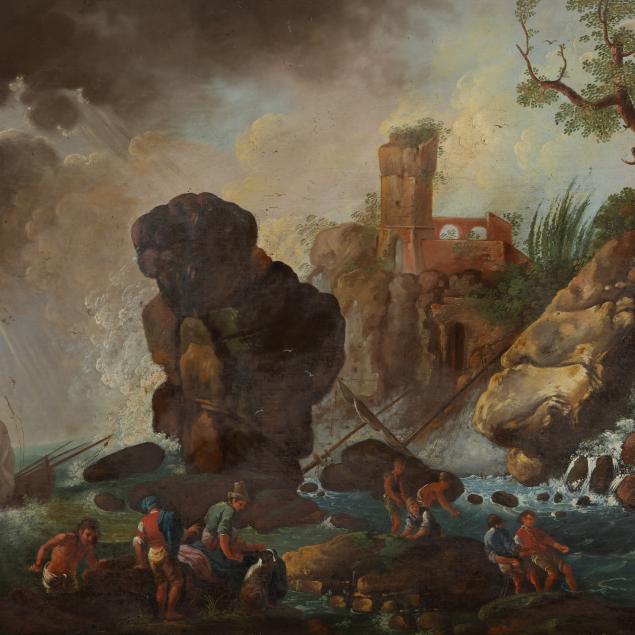 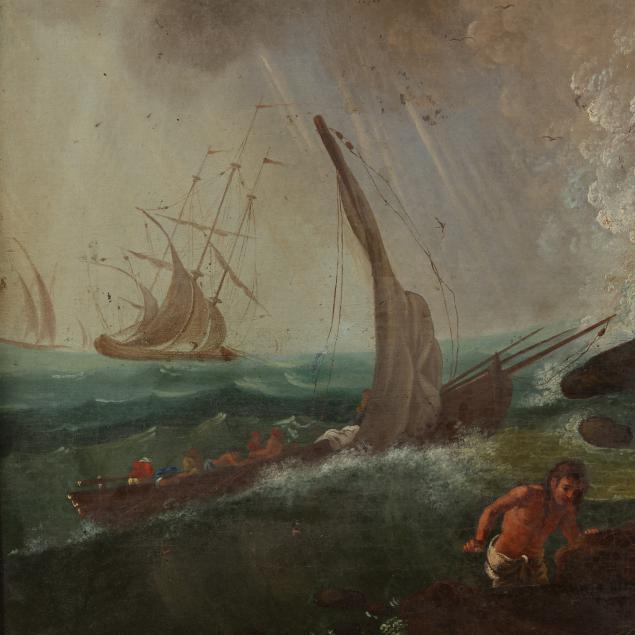 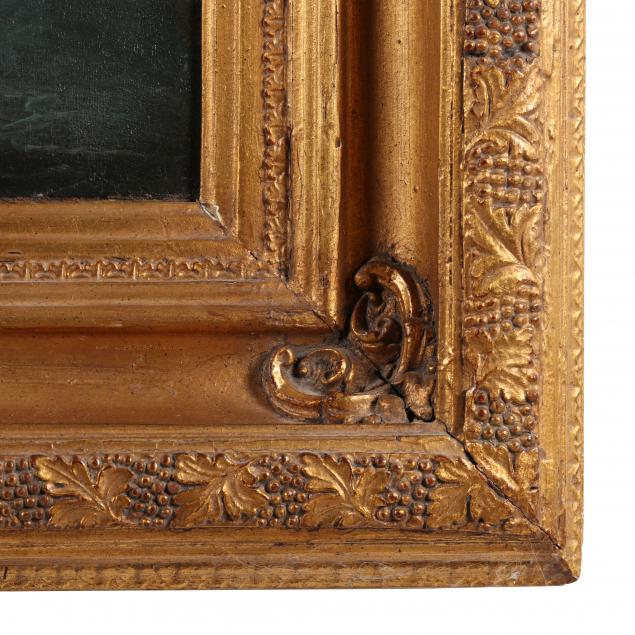 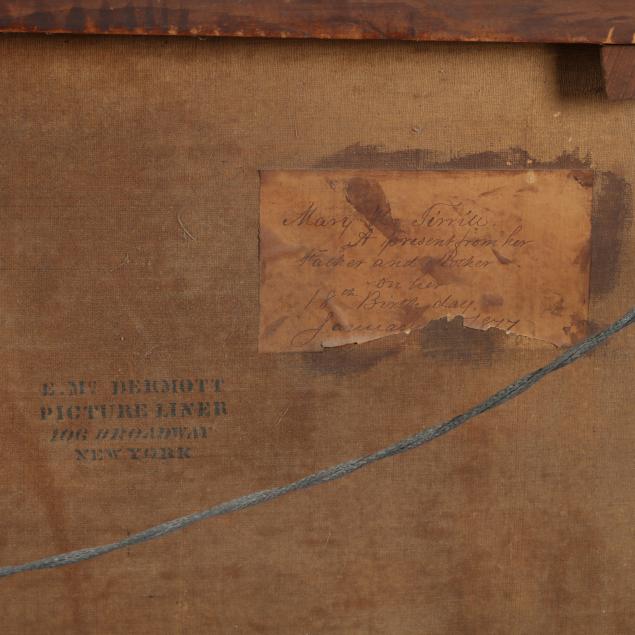 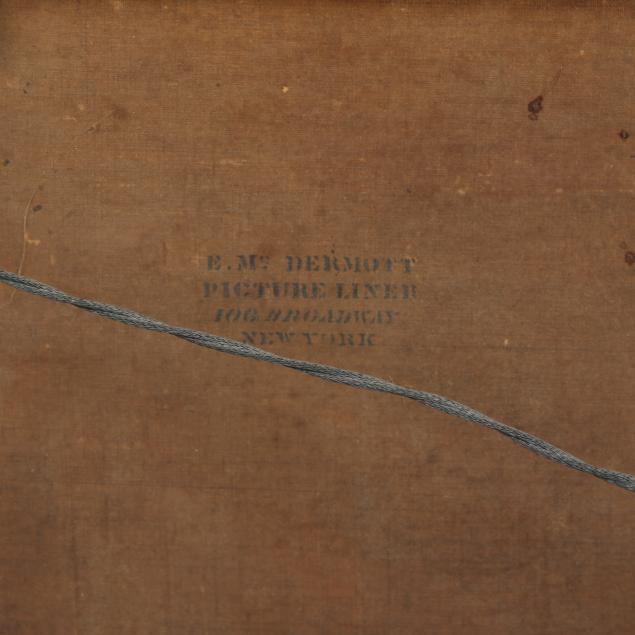 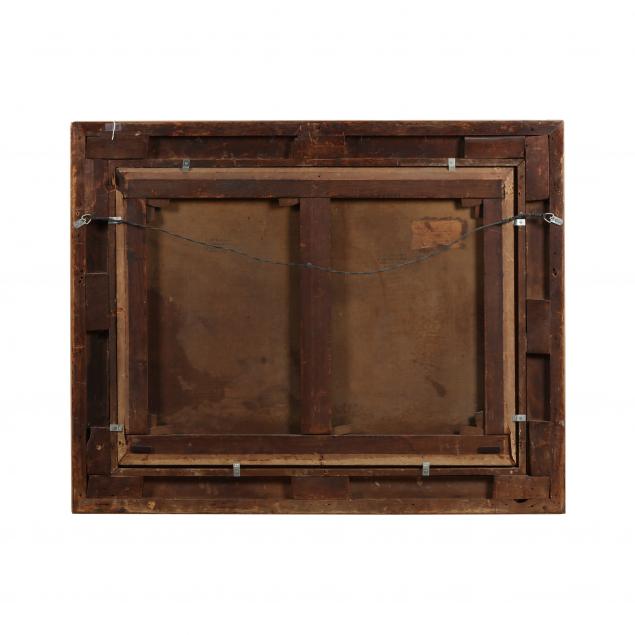