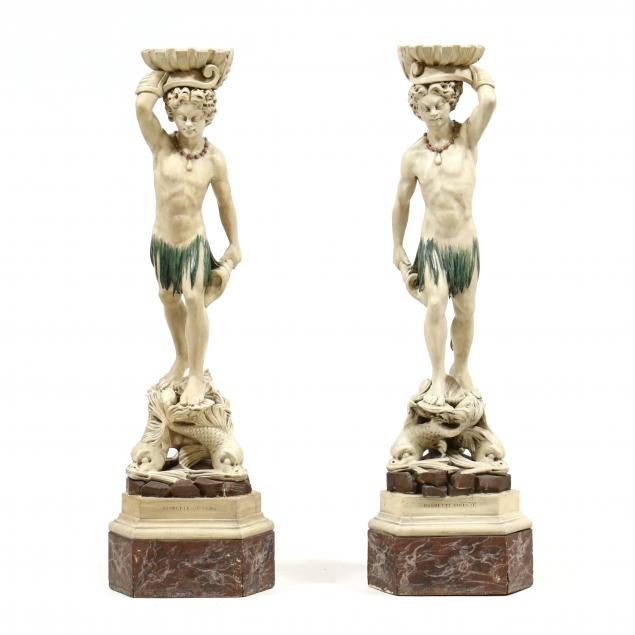 Barbetti's first significant commission was in 1831, for the Church of Tartuca, Siena, and he would go on to carve and design furnishings for wealthy clients and public displays until his death in 1873. At the 1851 Great Exhibition at Crystal Palace Barbetti's display included what the Official Catalogue describes as a "Grand set of ornamental furniture, in walnut, for a drawing room, consisting of a console and frame [...] a work of exquisite carving, the architecture in the style of Baldassare Peruzzi". The suite was awarded a prize medal and the piece described above was eventually purchased by the South Kensington Museum for the sum of £400 and today remains in the collection of the Victoria and Albert Museum. His pieces are rare to come up at auction, and even rarer to be signed.

Later paint with areas of paint touch-up; the bases with some joint separations near bottom edge of faux marble paint. 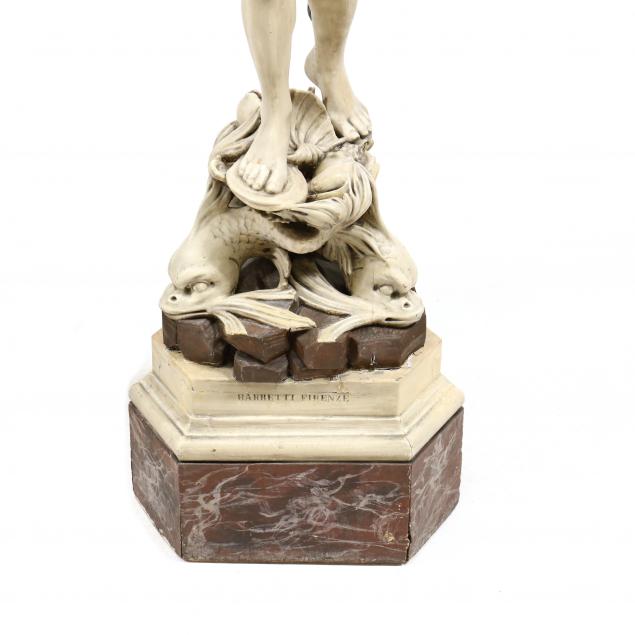 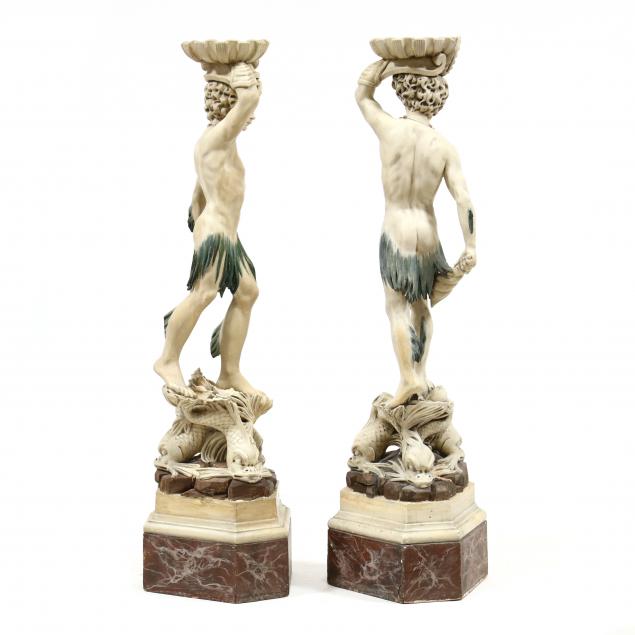