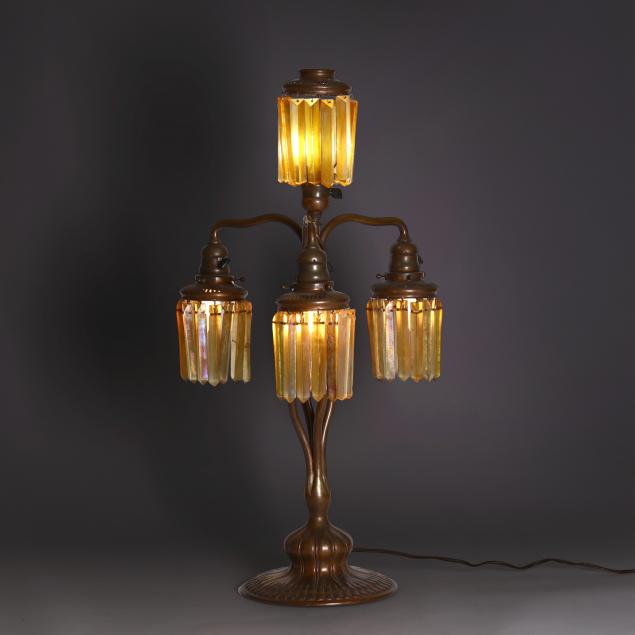 A similar example is shown in the reference Tiffany Lamps and Metalware: An illustrated reference to over 2000 models by Alastair Duncan, 2007, pg. 57, fig. 201.

Base with rubbing to gilt; several prisms with cracks, some with associated repairs and loss; most lower branch prisms (except five prisms) with iridescent tones; upper sconce prisms likely later, without iridescence. 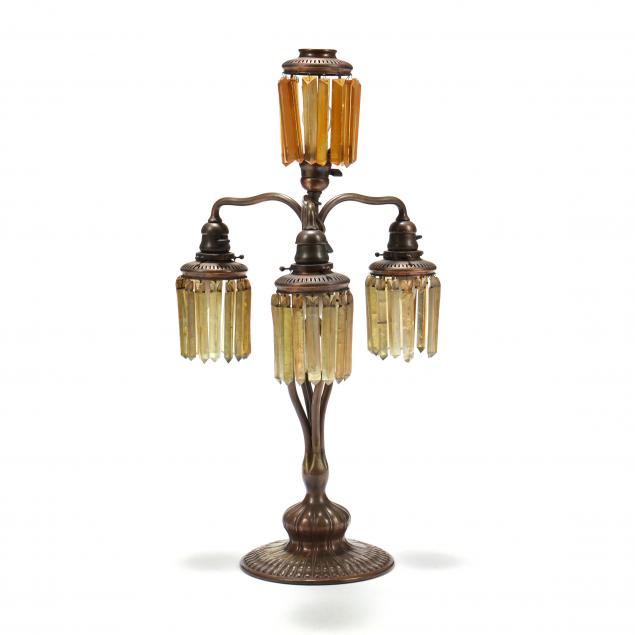 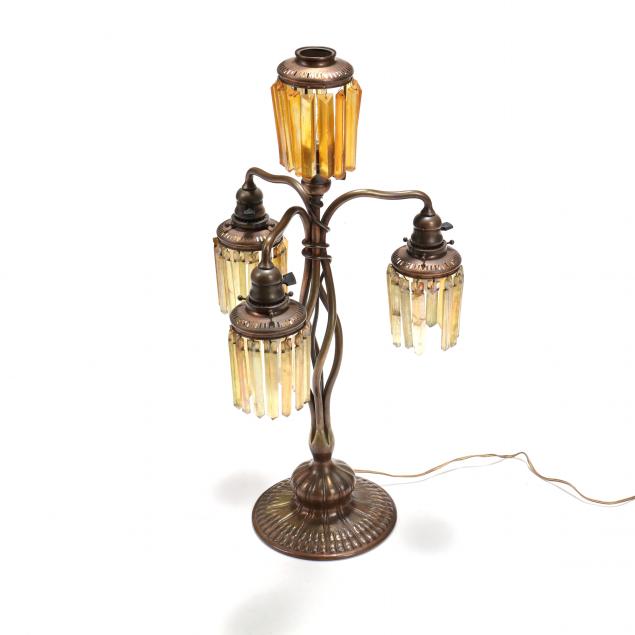 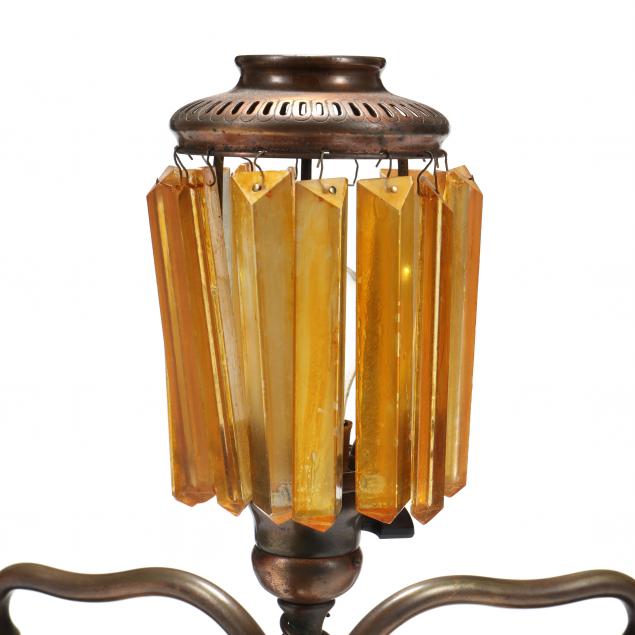 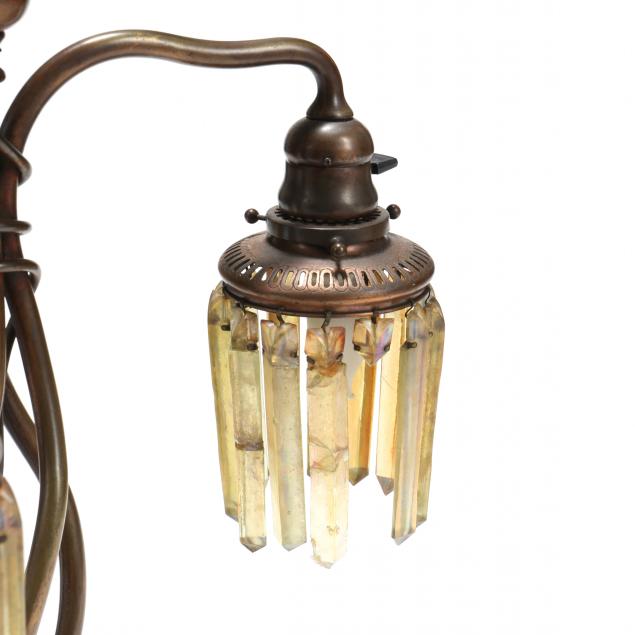 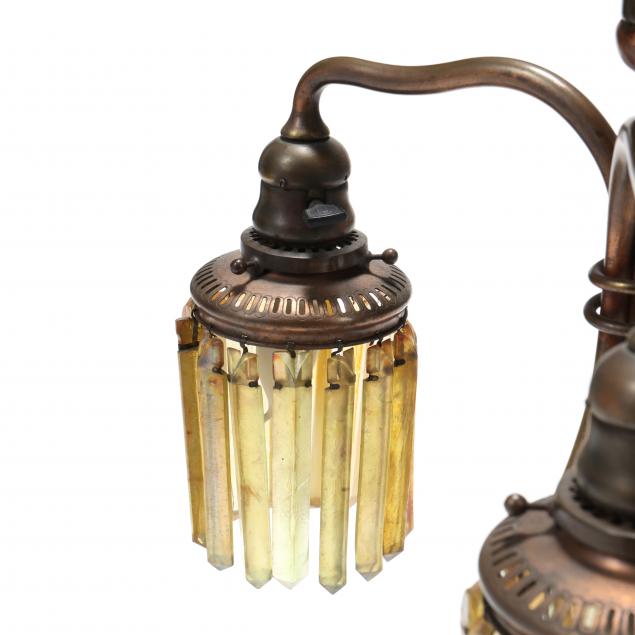 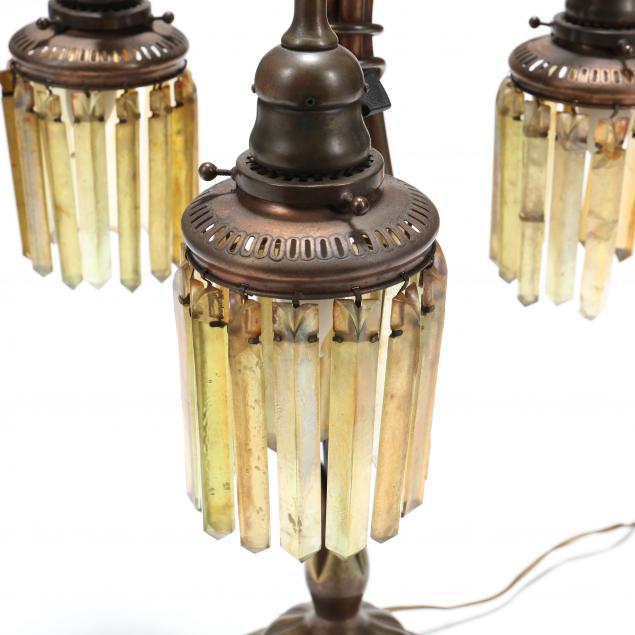 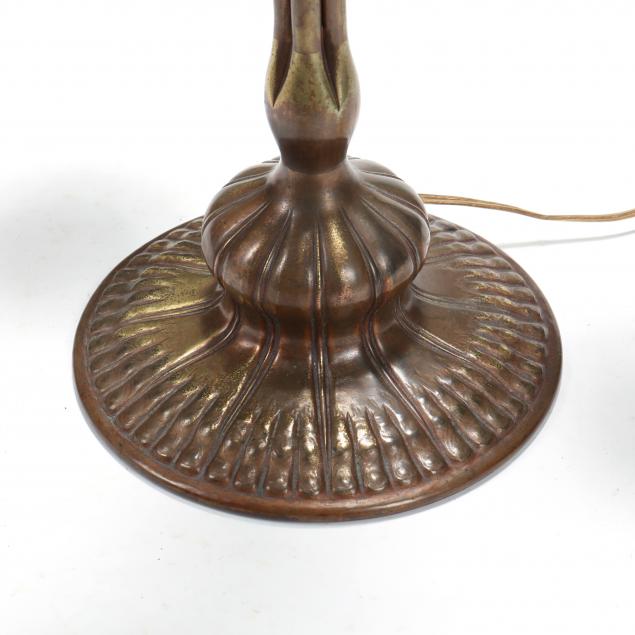 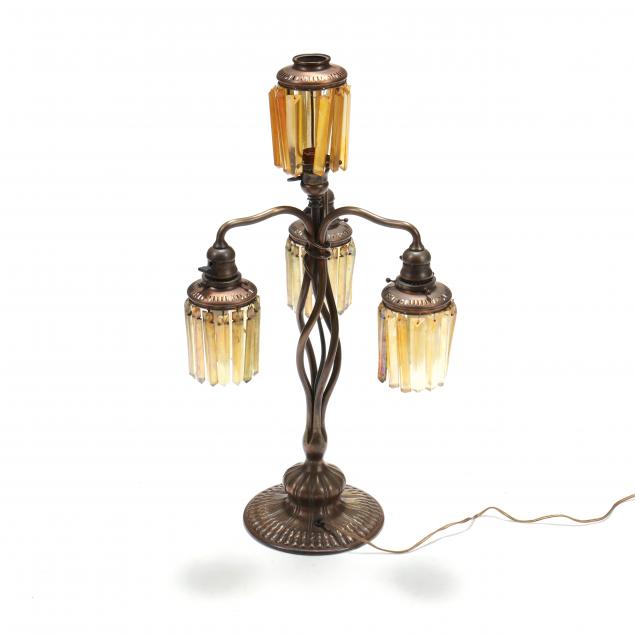 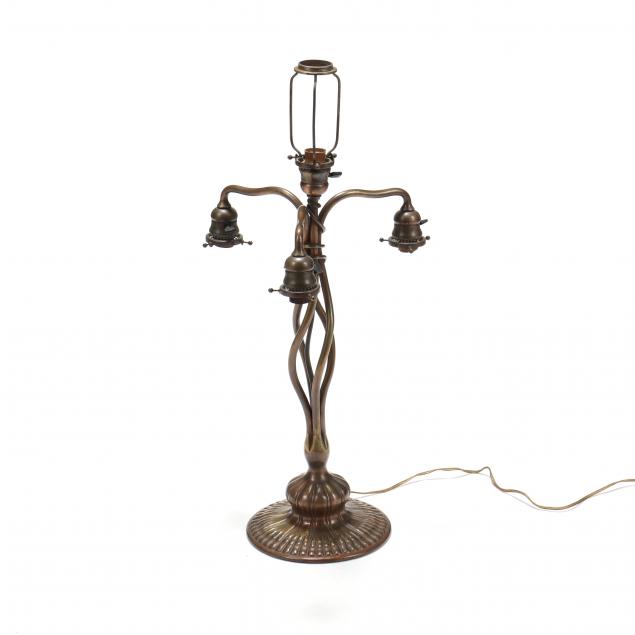 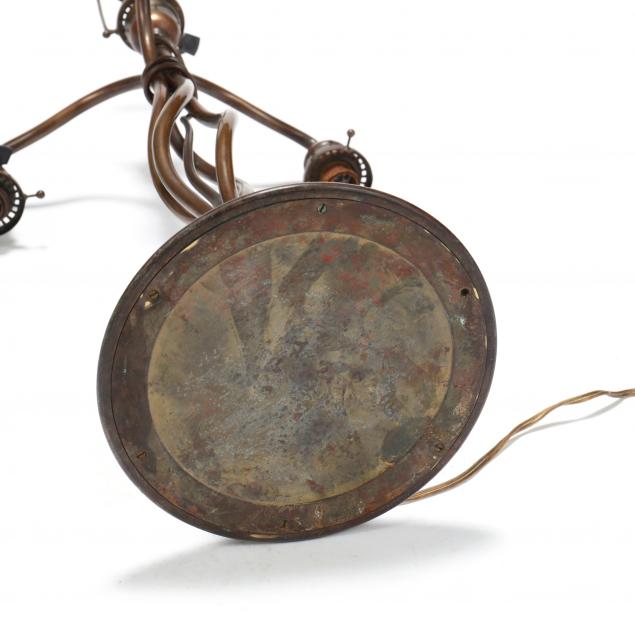 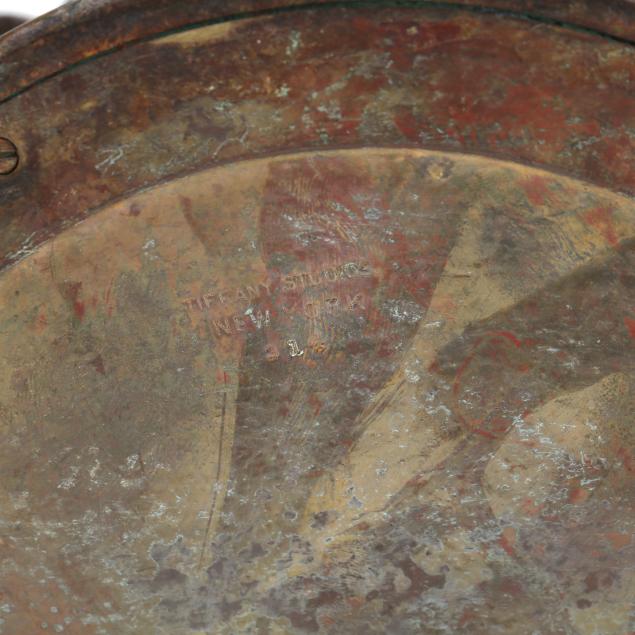 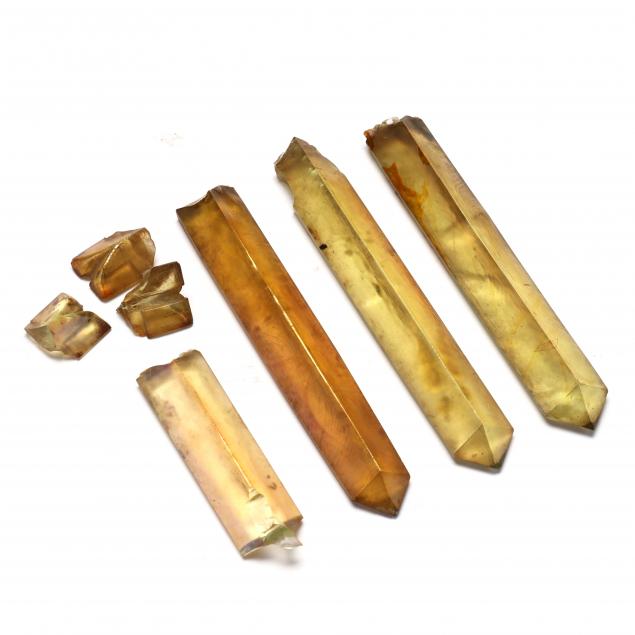