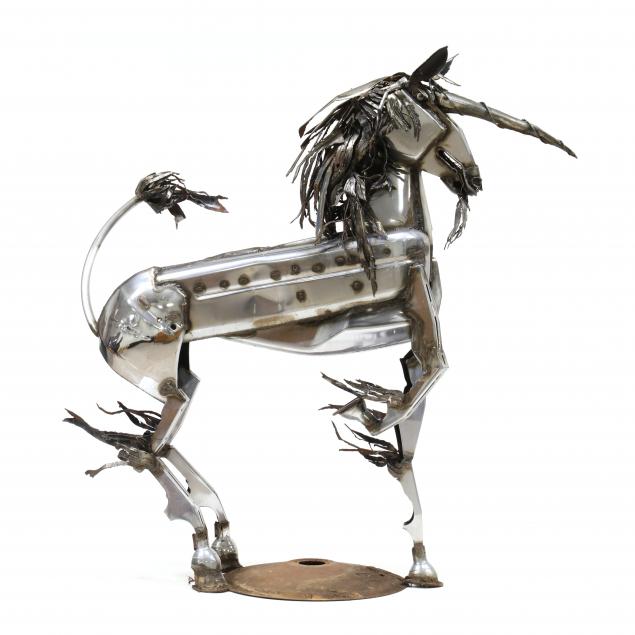 Oscar Pumpin is a metal art sculptor best known for his whimsical life size animals, human figures, and even mythical beasts created from salvaged automobile bumpers he molds with an acetylene torch. Pumpin first torched an automobile bumper in 1973, stating: "I didn't set out to do animals out of bumpers, but one day I put two bumper guards together and I could see a lion's face. It was like unlocking a puzzle. I feel you must see the invisible to do
the impossible." Oscar has been working out of his studio in Bethpage, Long Island, New York. His work is included in various private collections and has been featured in The New York Times, People Magazine, Newsday, The New York News, Popular Mechanics Magazine, and The Los Angeles Times. 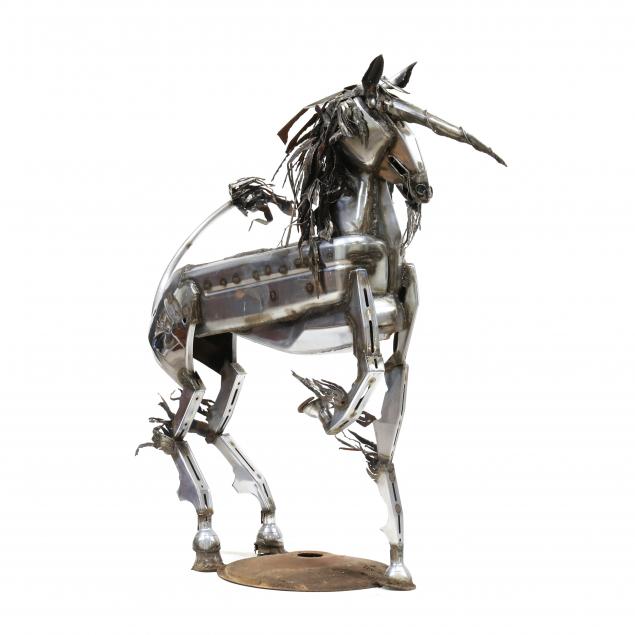 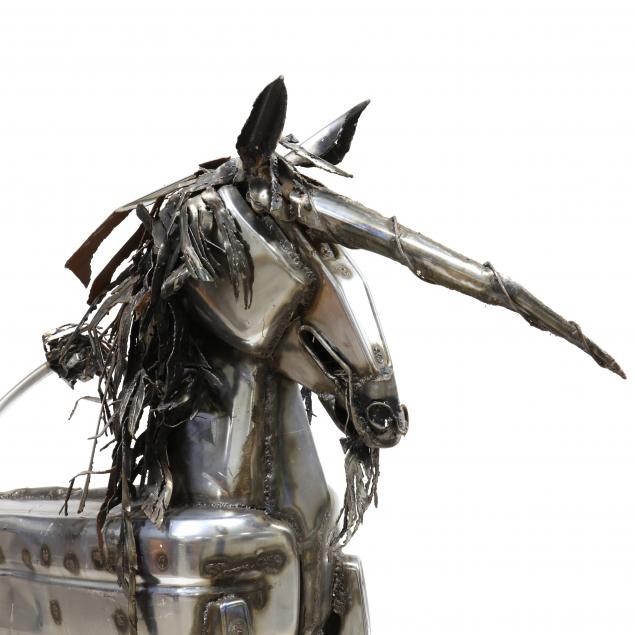 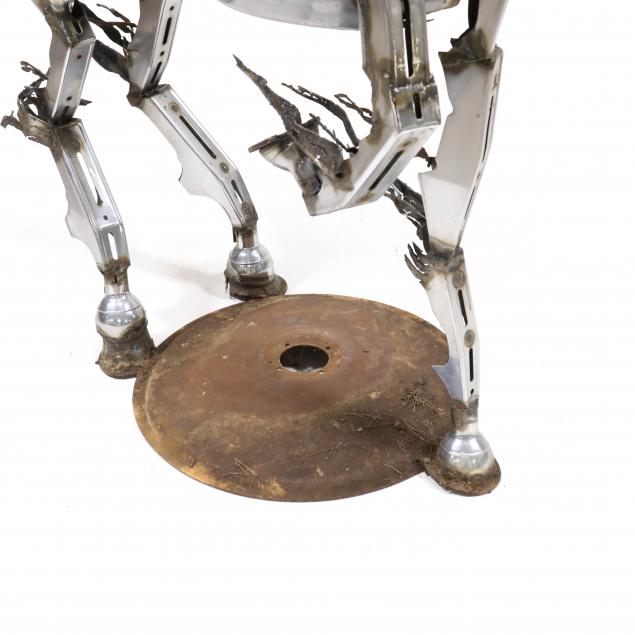 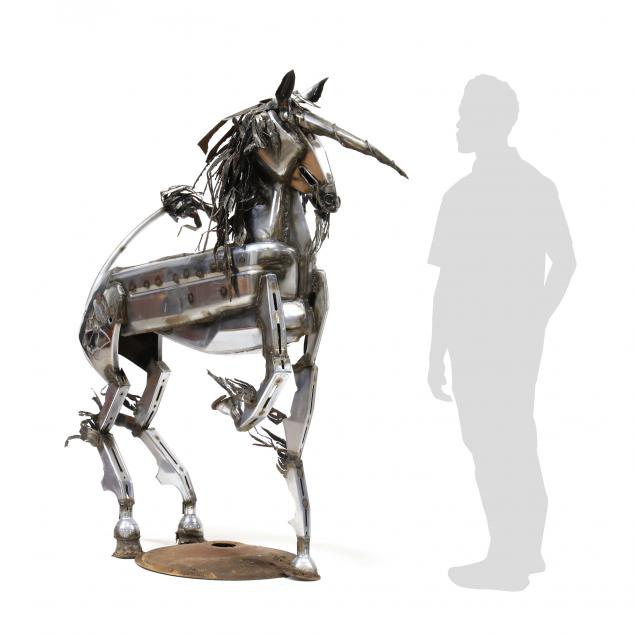 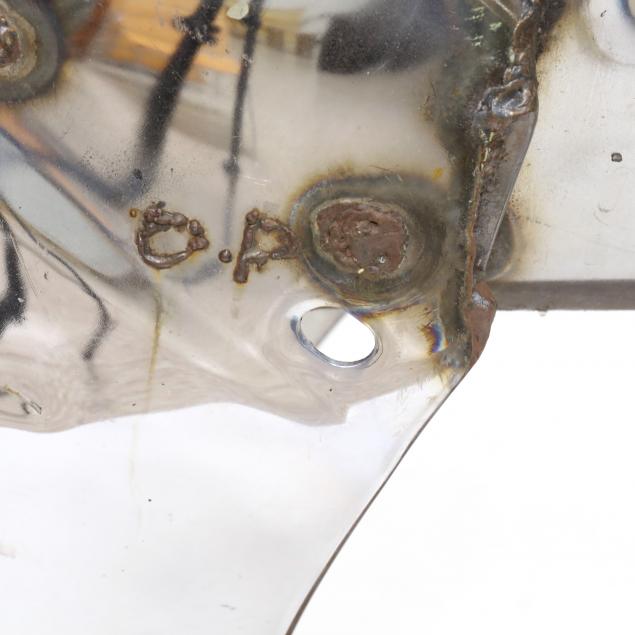 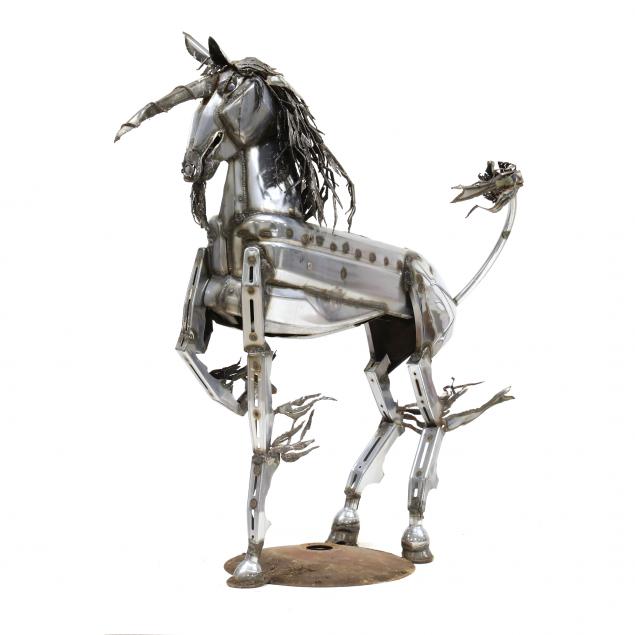 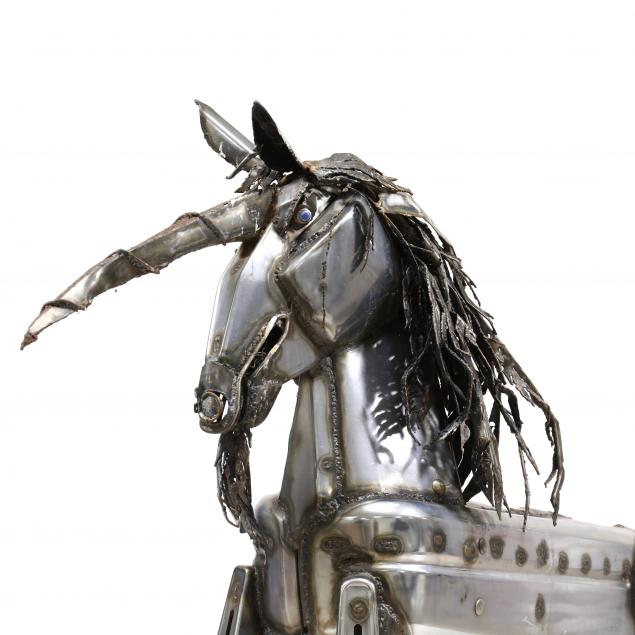 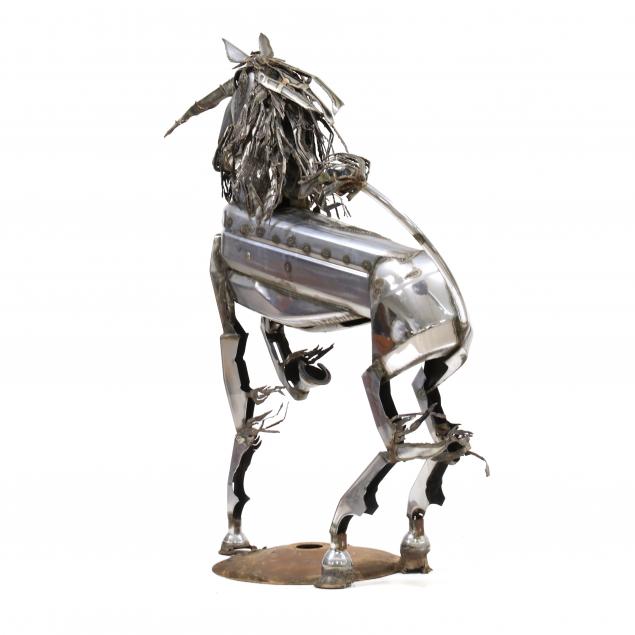 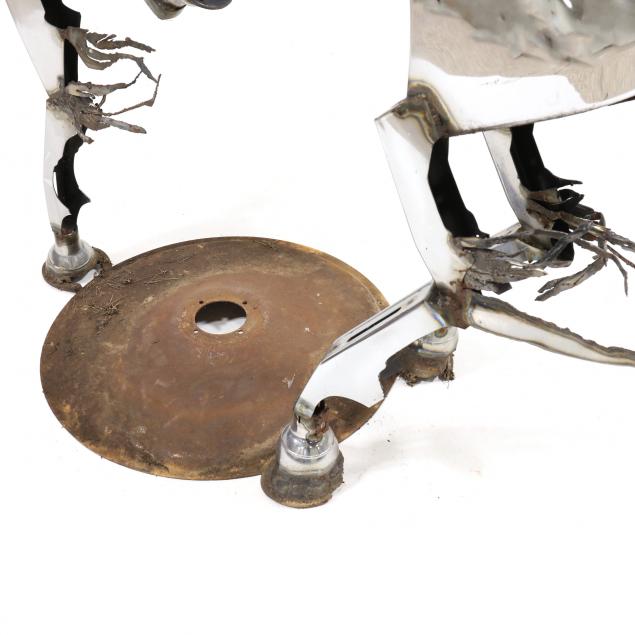