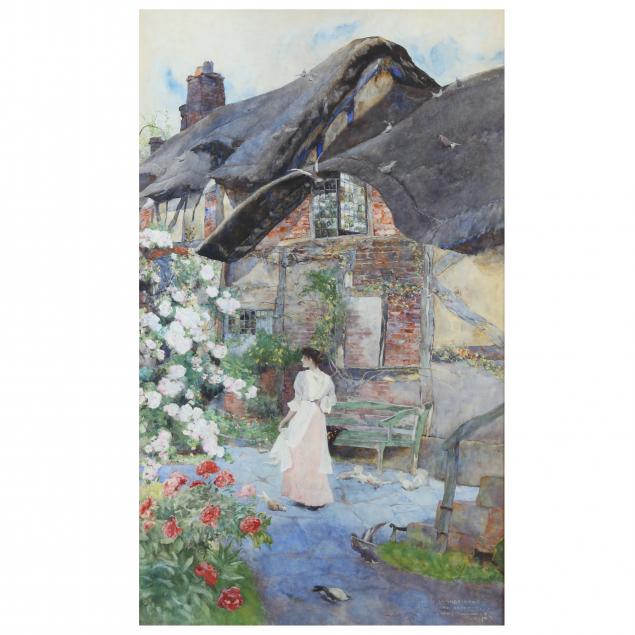 From the Collection of Professor Bernard Nevill, London

Professor Nevill (1930-2019) was a textile designer and educator. He was a lecturer at the Central School of Art and Design and then the Royal College of Art and St. Martin's School of Art. In 1961, he was recruited by Liberty & Co in London as a design consultant, and ultimately their design director.

Born in Ireland, David Woodlock is most closely associated with a school of artists working in Liverpool. He was a founding member, and later served as president, of the Liver Sketching Club. He exhibited at the Royal Academy of Arts, Royal Institute of Painters in Water Colours, the Royal Birmingham Society of Artists, the Royal Manchester Institution and the Royal Scottish Academy.

At Anne Hathaway's Cottage is an excellent example of Woodlock's famed cottage scenes.

Light toning to sheet; overall in very good estate condition; not examined out of the frame. 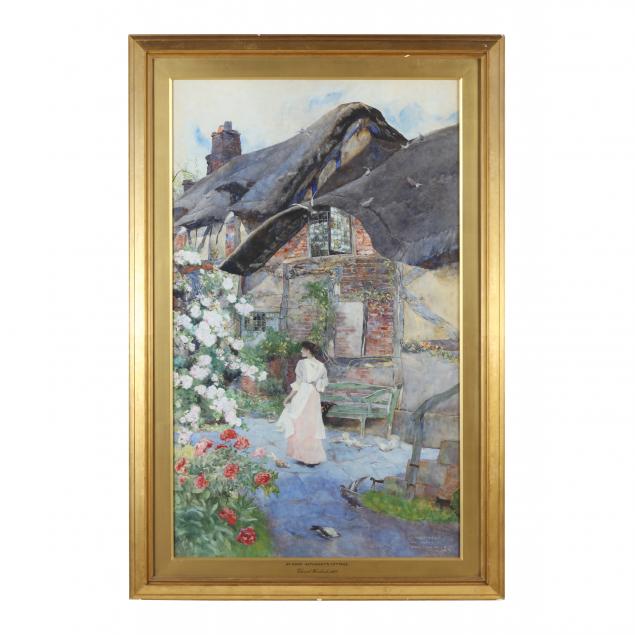 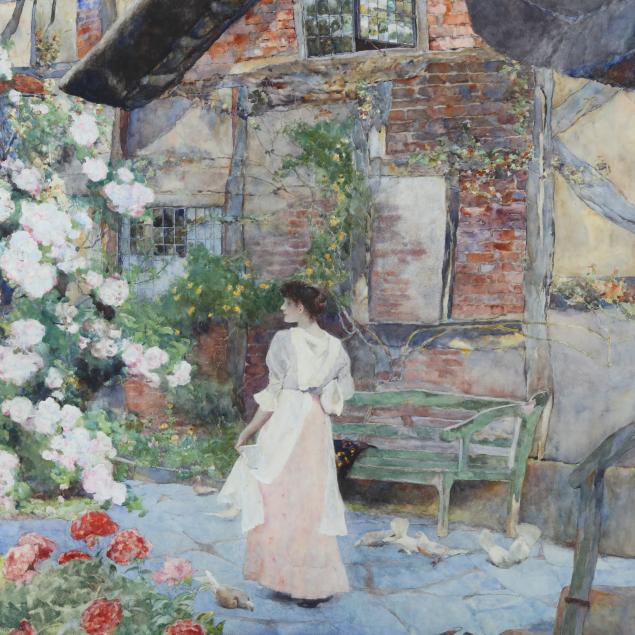 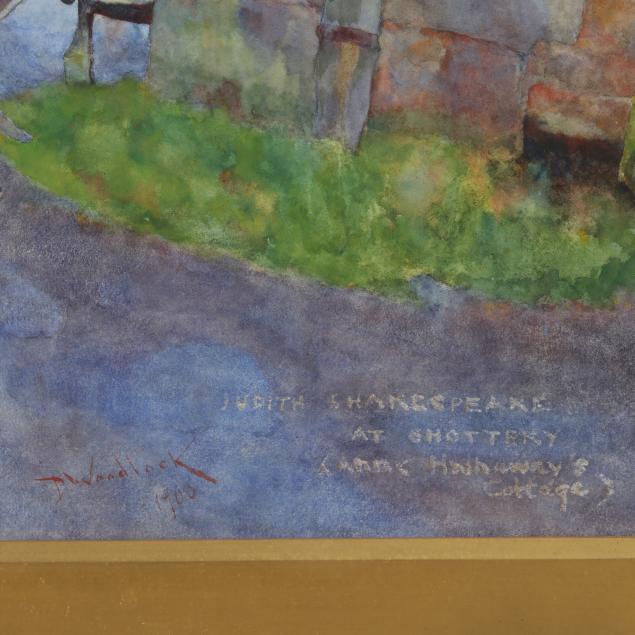 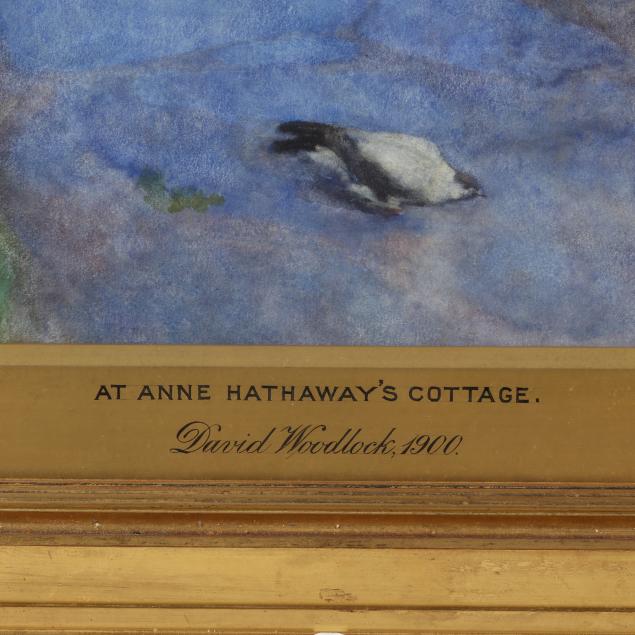 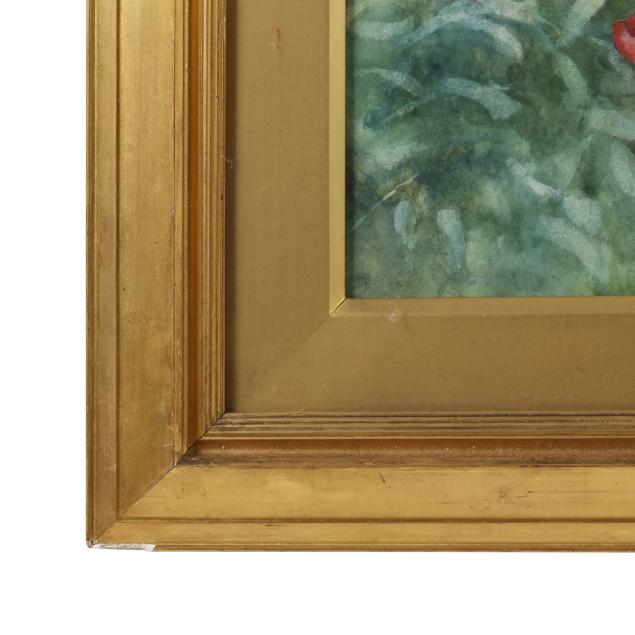 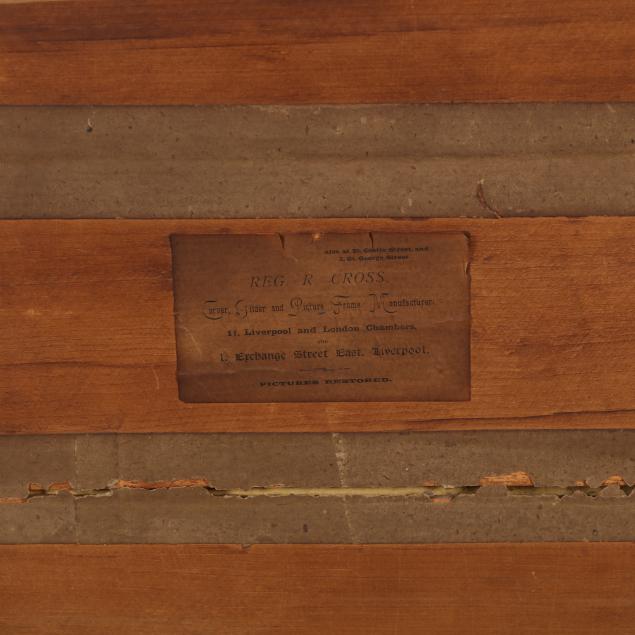 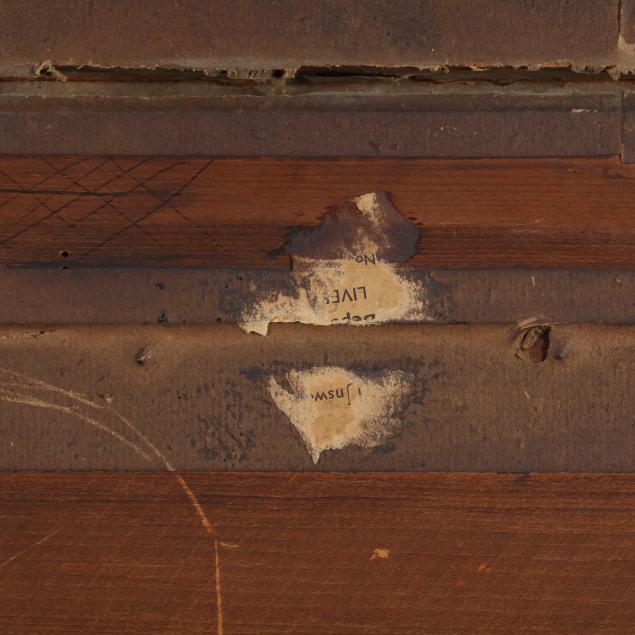 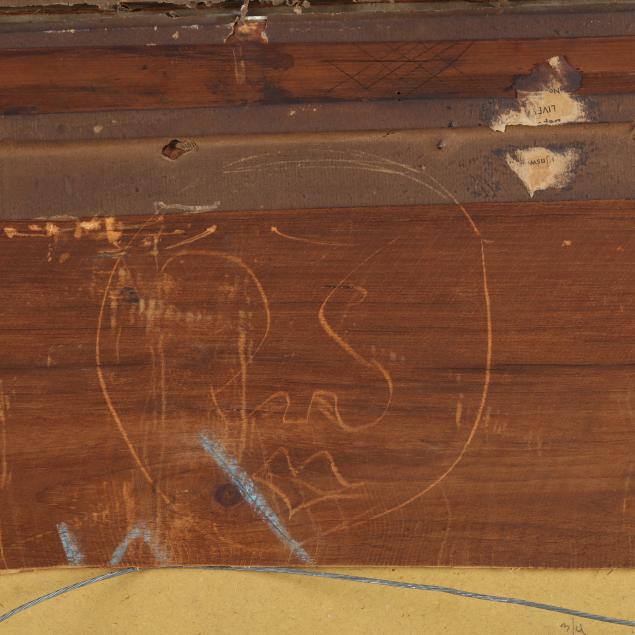 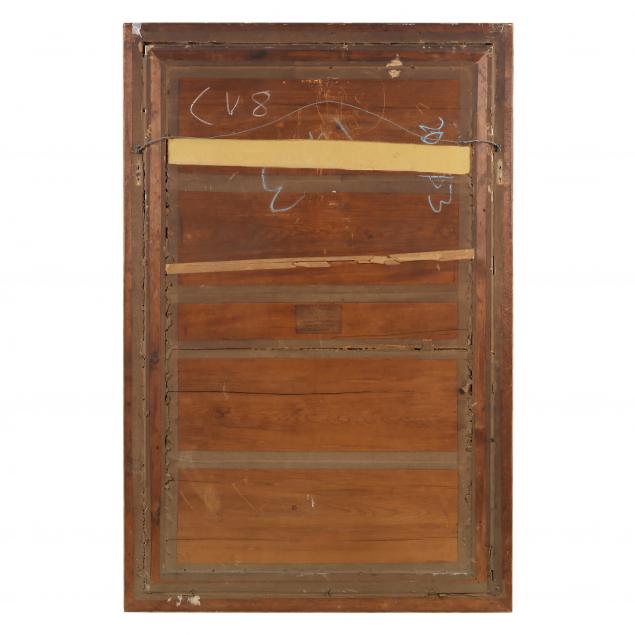