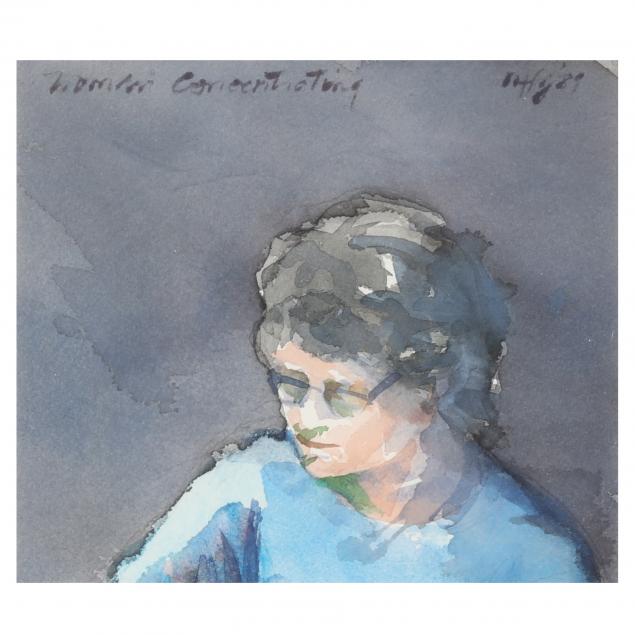 From the Collection of Lucy Cohen, Chapel Hill, North Carolina

Separation to lower frame corners; some fading to inscription along top edge of sheet; not examined out of the frame. 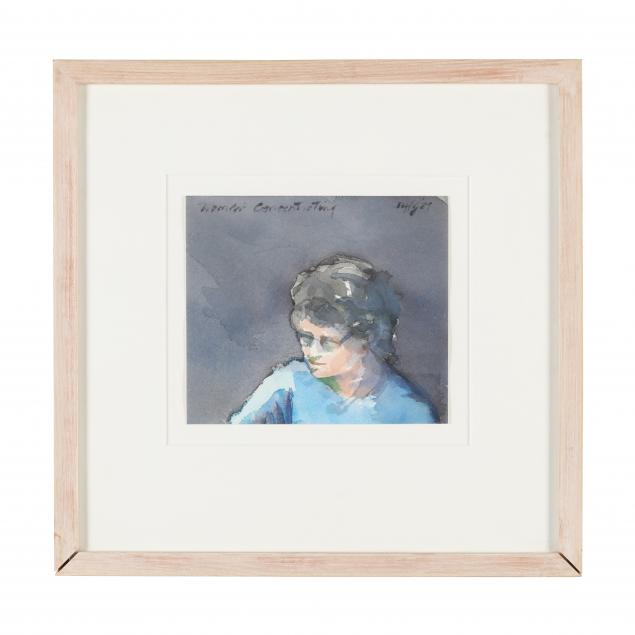 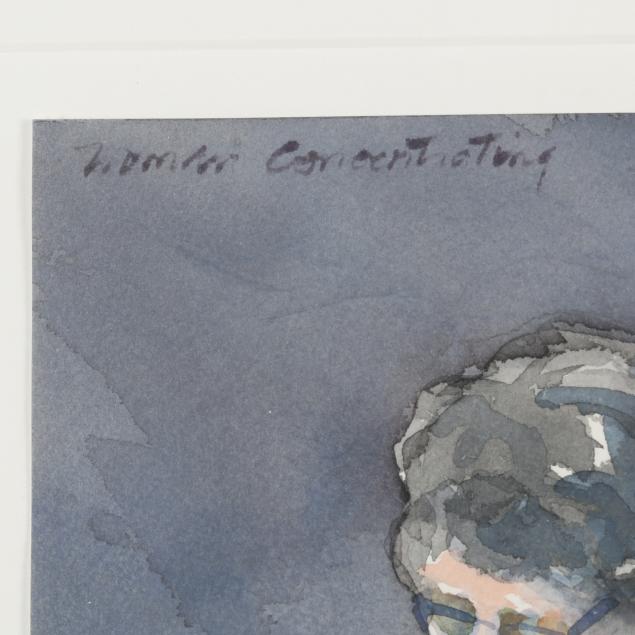 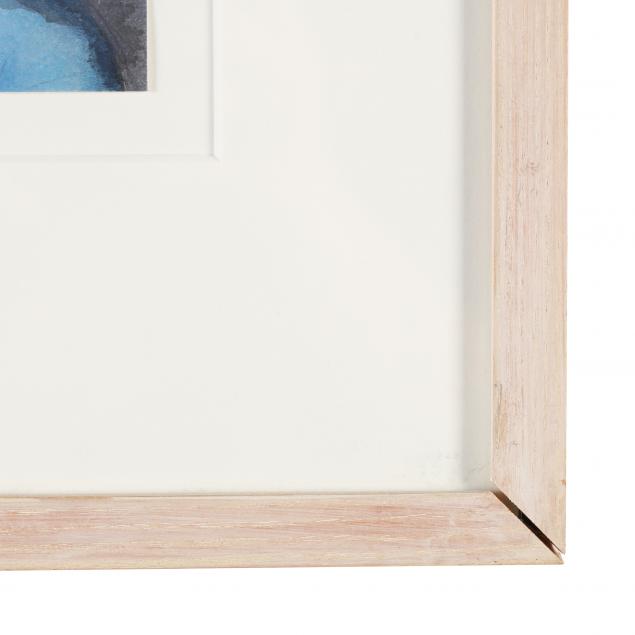 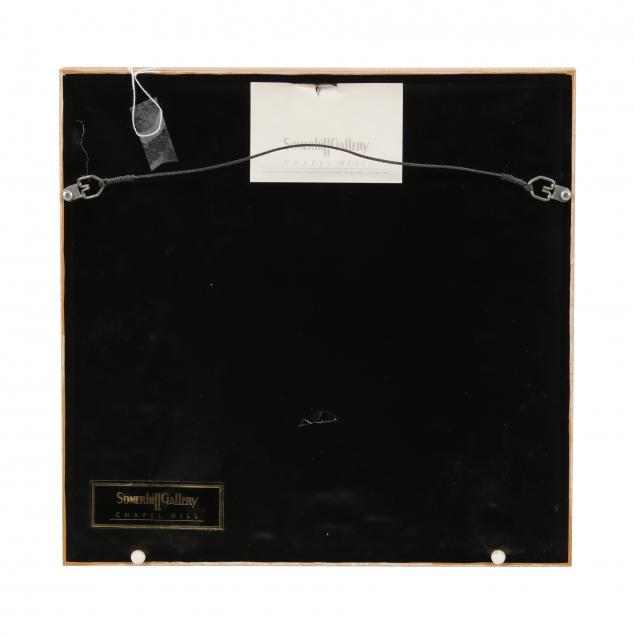