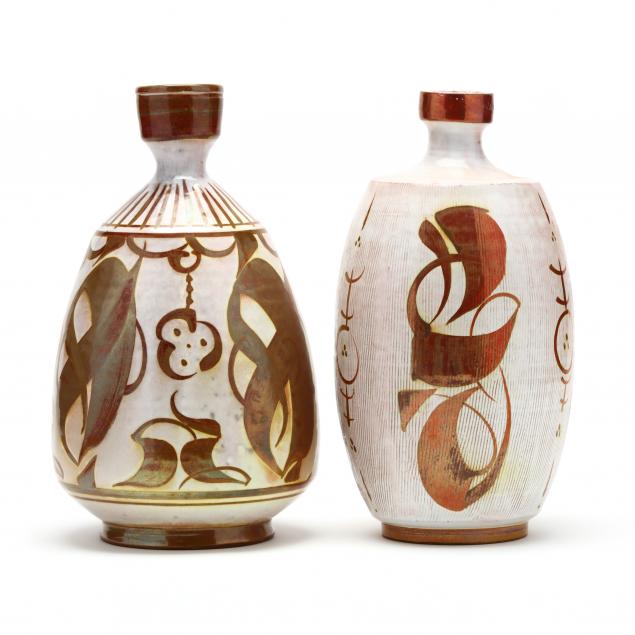 Lot 3155
Alan Caiger-Smith (British, 1930-2020), Two Bottle Vases
Lot Details & Additional Photographs
Each with pinkish-rust to mustard color luster decoration over a light white glaze, one with incised linear design marked AW, 10A, 22, and central script mark (13 in.), the other marked B2.AL, -2 and with three other script marks (13.25 in.). 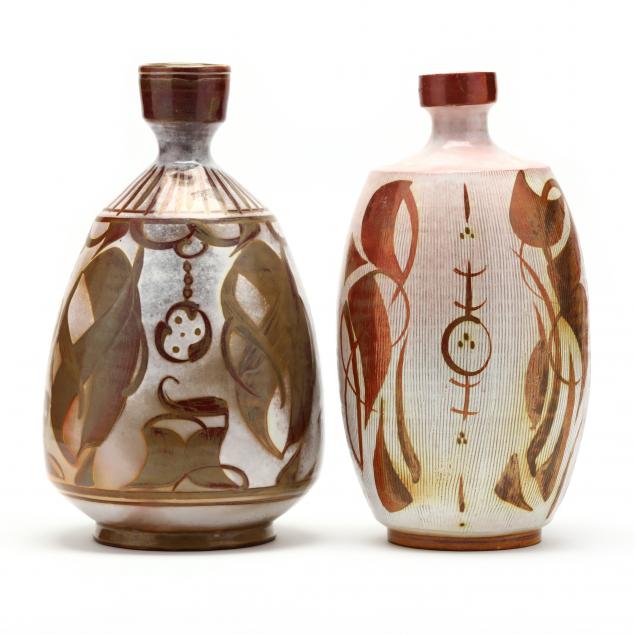 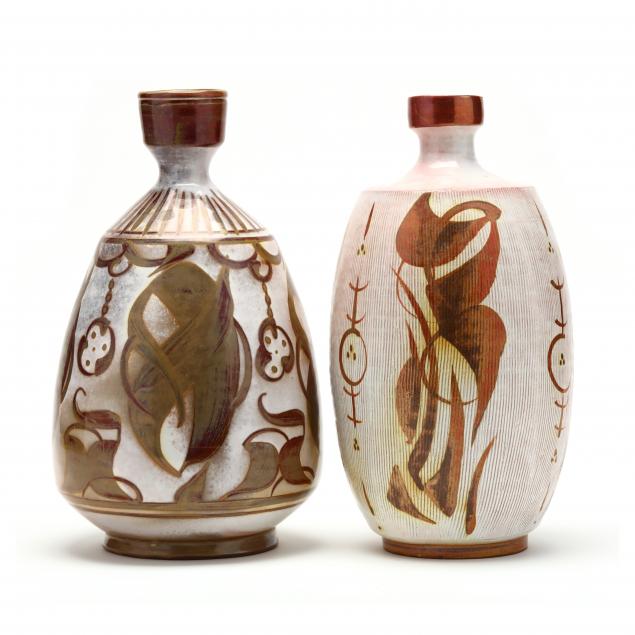 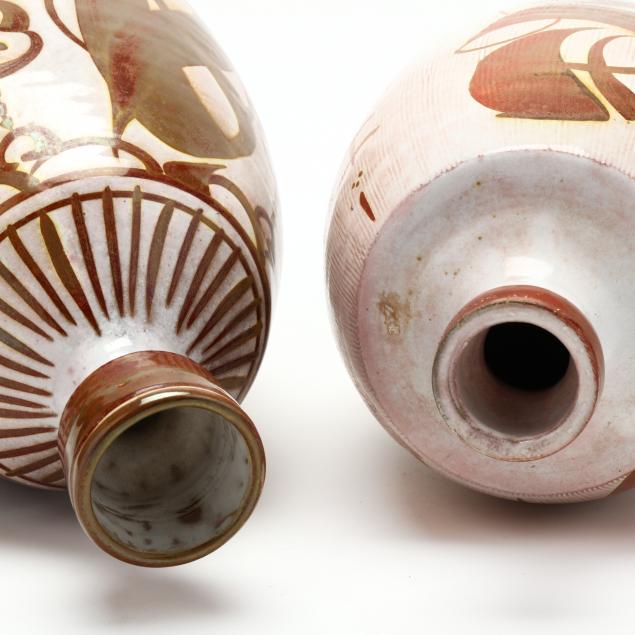 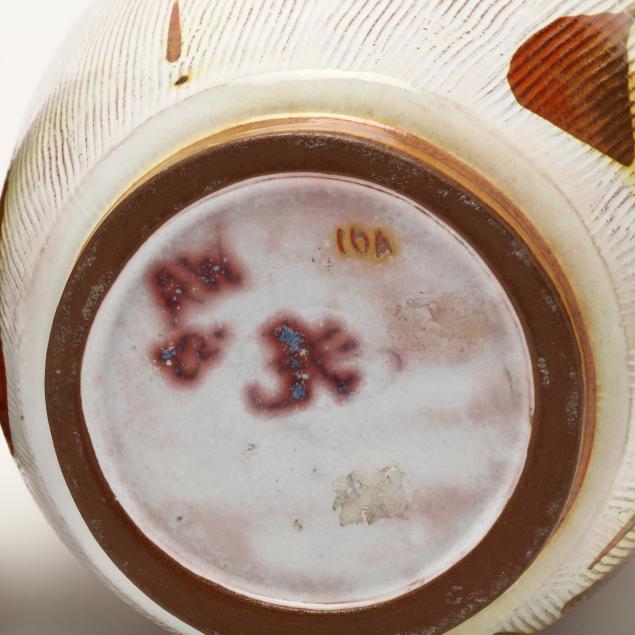 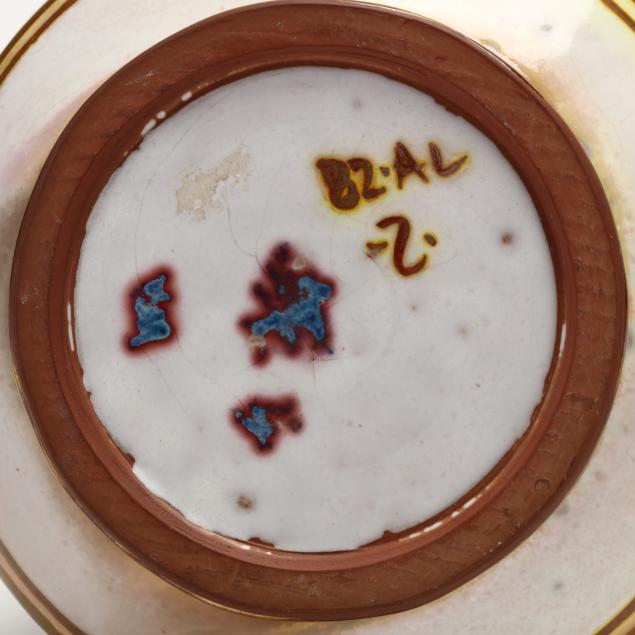 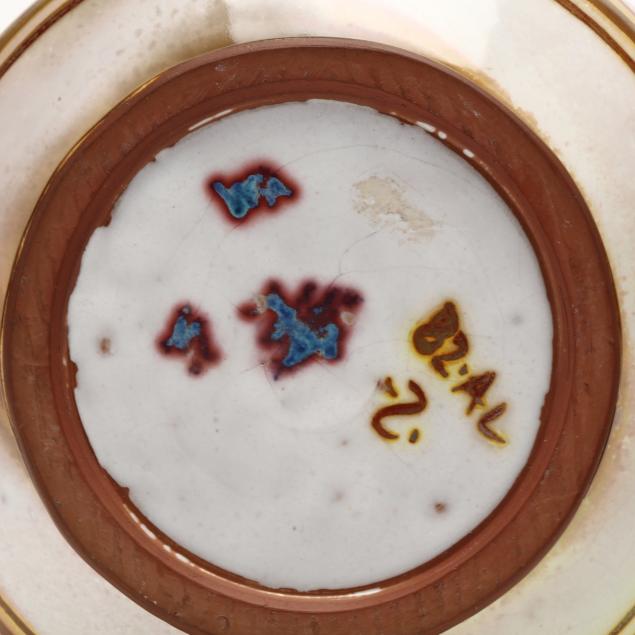 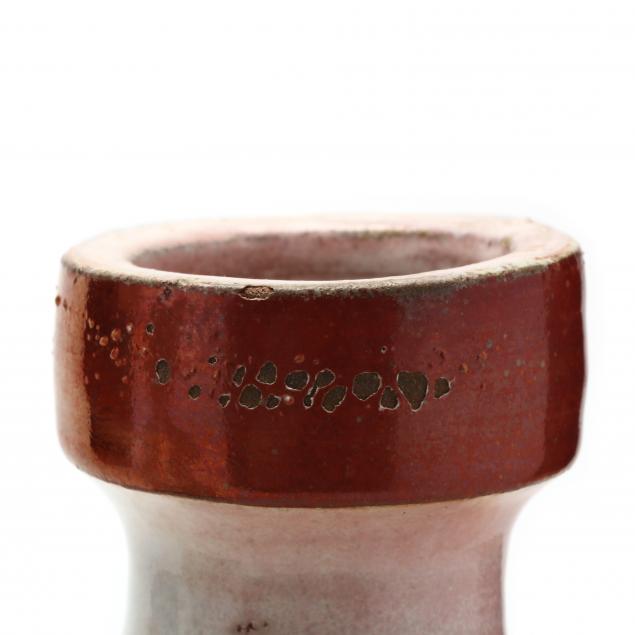