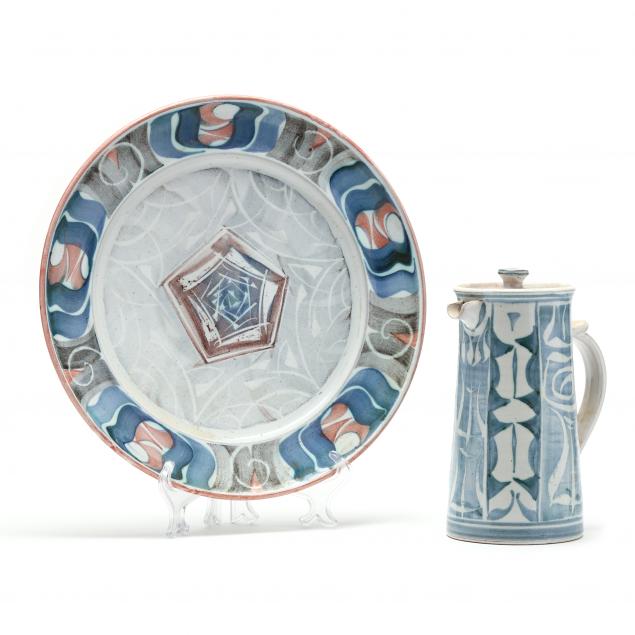 Lot 1305
Alan Caiger-Smith (Argentina, 1930-2020), Pottery Pitcher and Charger
Lot Details & Additional Photographs
Each decorated with a white glaze having indigo blue and salmon highlights, the lidded pitcher is signed with incised TU, A, and central script (9 in.); the charger with paper label dating 1986, central script and M (14 in.). 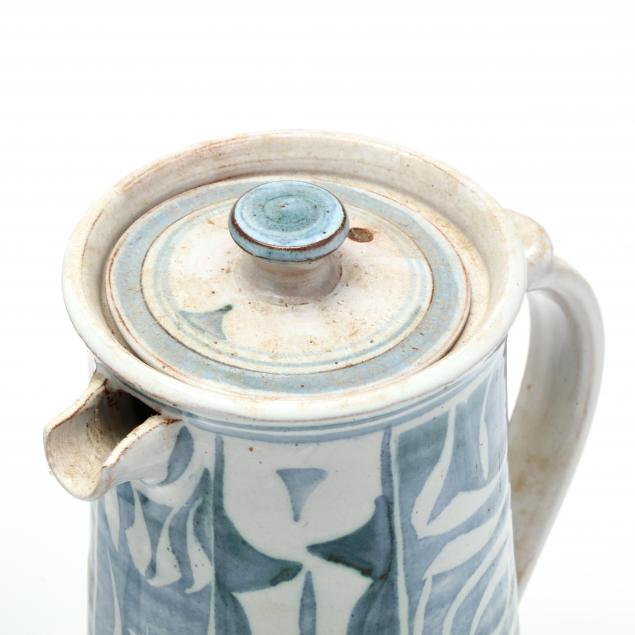 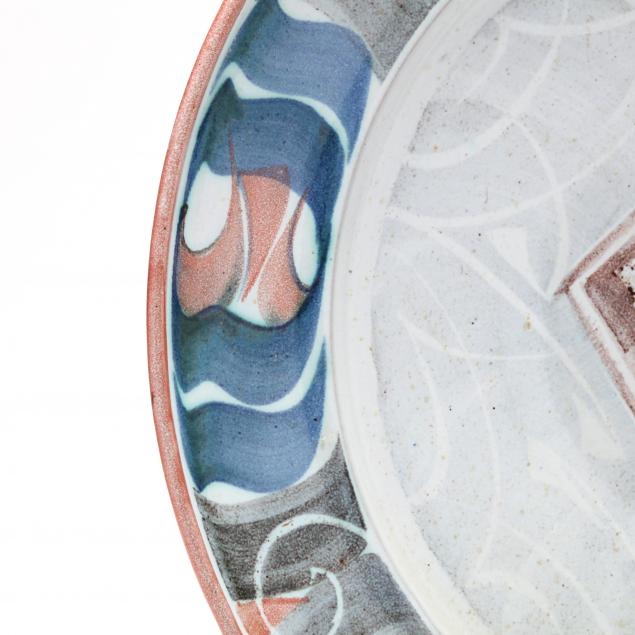 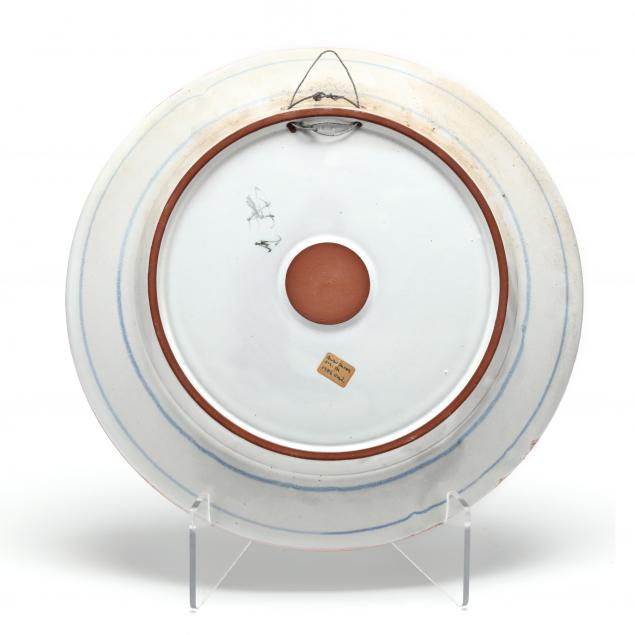 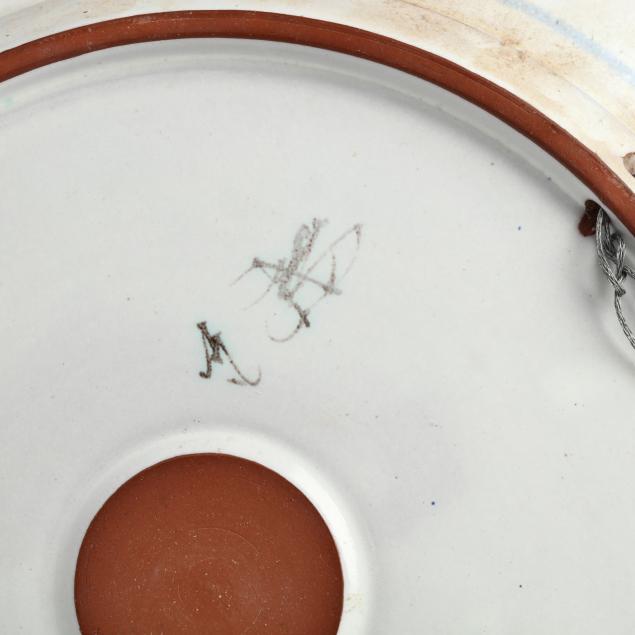 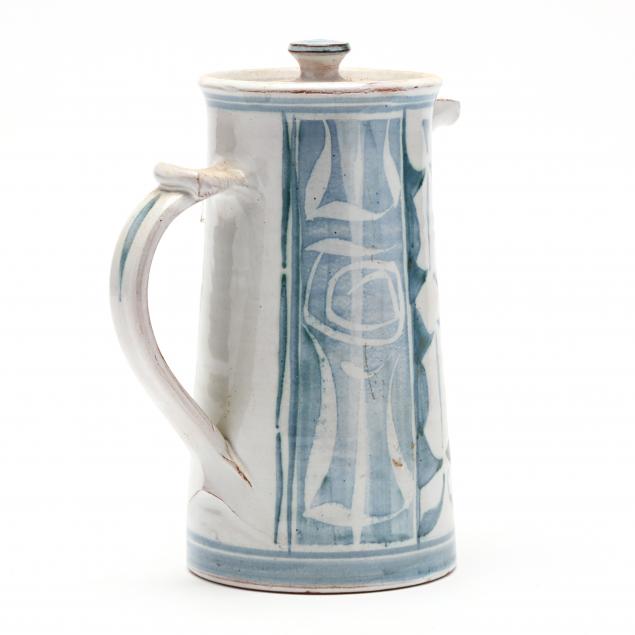 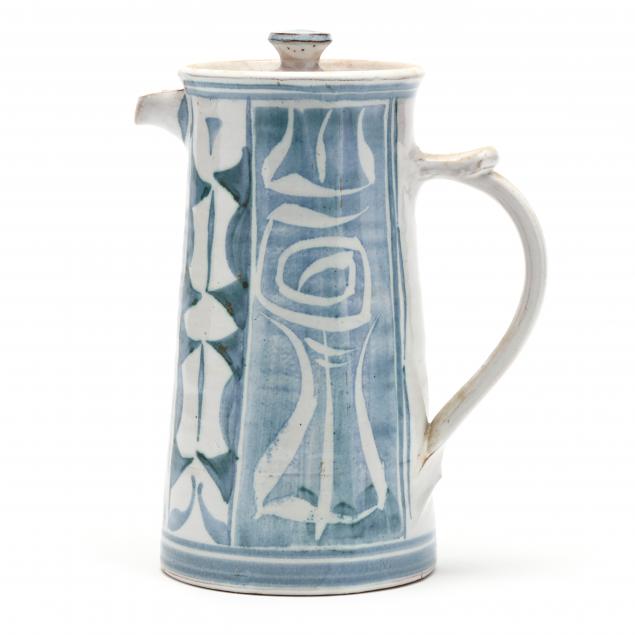 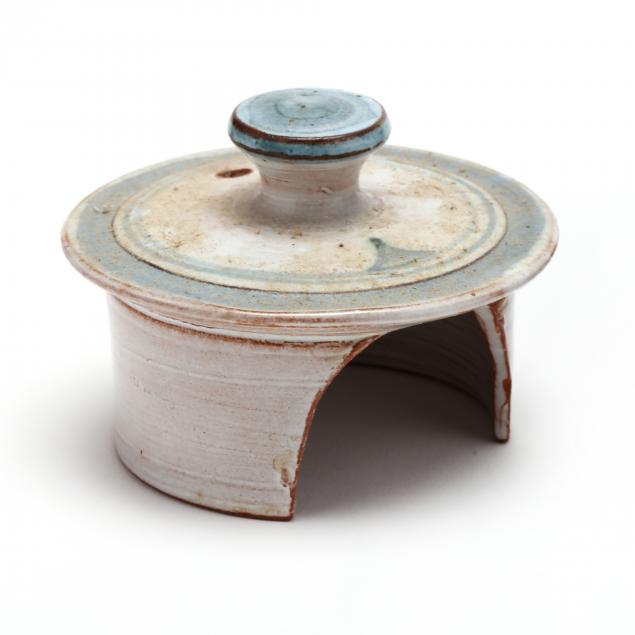 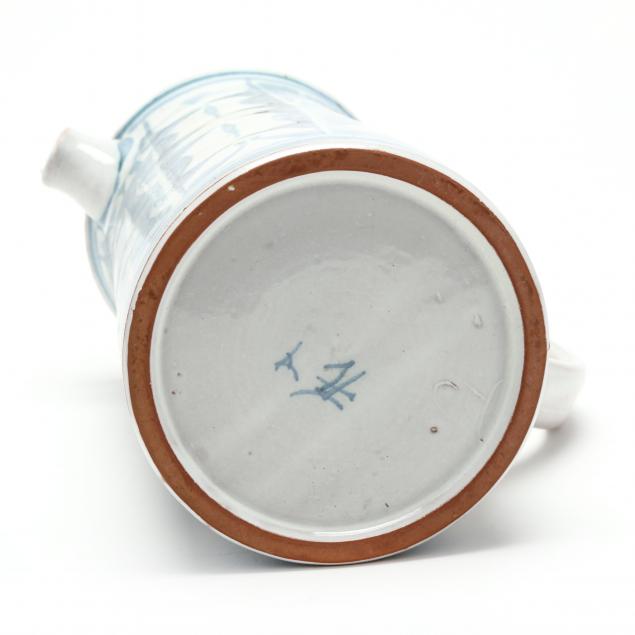