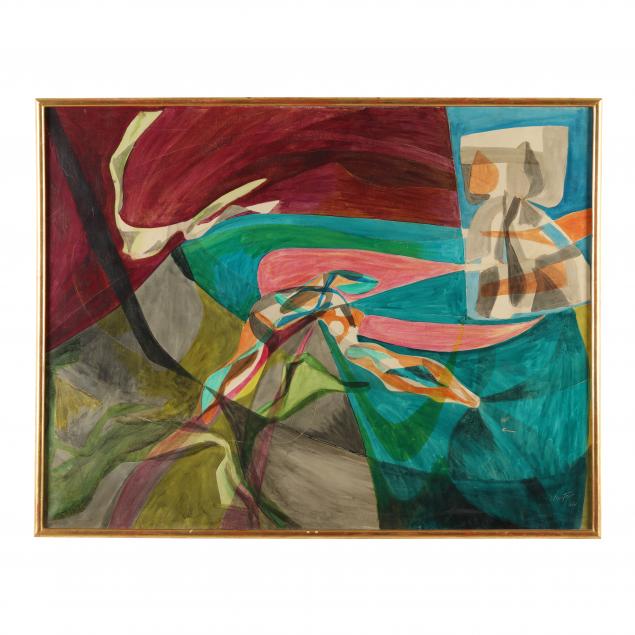 From the Collection of Mr. Charles Bolles Rogers, Minnesota and New York

Stanley William Hayter is an English born painter and printmaker. His early work tends toward the surreal, but by the 1940s he was embracing abstract expressionism.

In 1927, Hayter founded the Atelier 17 studio in Paris, which championed the artistic possibilities of printmaking. Among the artists often found in the studio space were Pablo Picasso, Marc Chagall, Alberto Giacometti, Joan Miró, Jackson Pollock, Mark Rothko and Wassily Kandisky. While the studio moved to New York in 1940, it returned to Paris in 1950. Following Hayter's death in 1988, it was renamed "Atelier Contrepoint" and remains in operation today.

One inch horizontal tear to canvas in lower right quadrant; minor area of craquelure to purple pigment above center of composition; minor rubbing to frame. 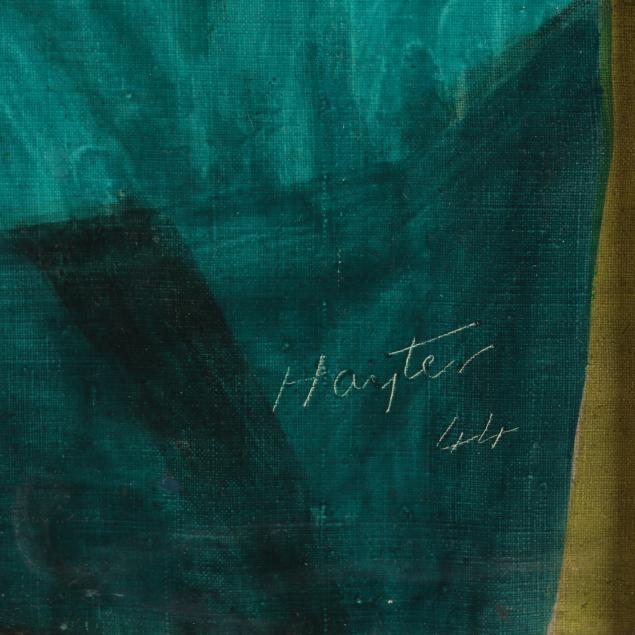 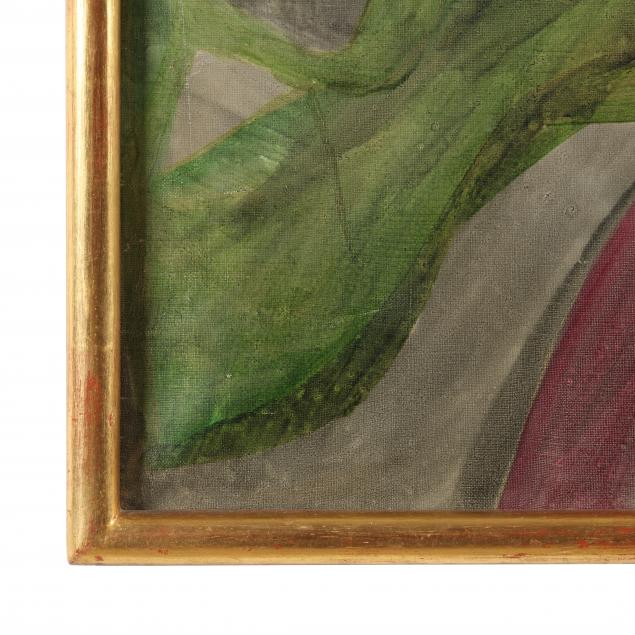 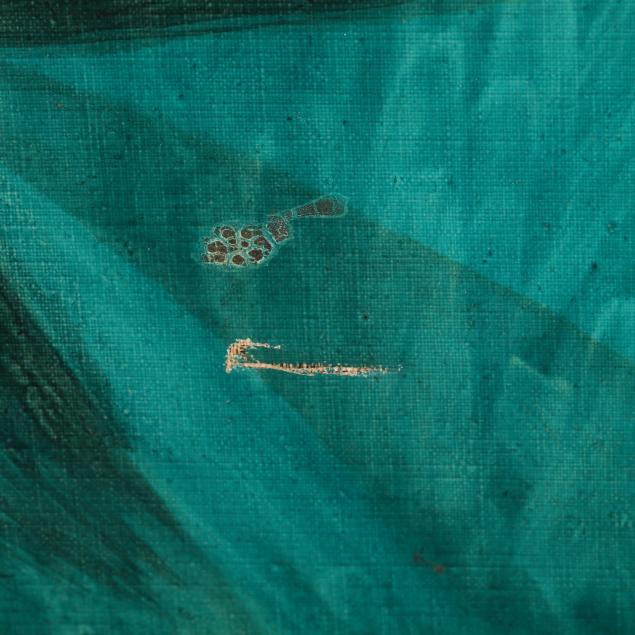 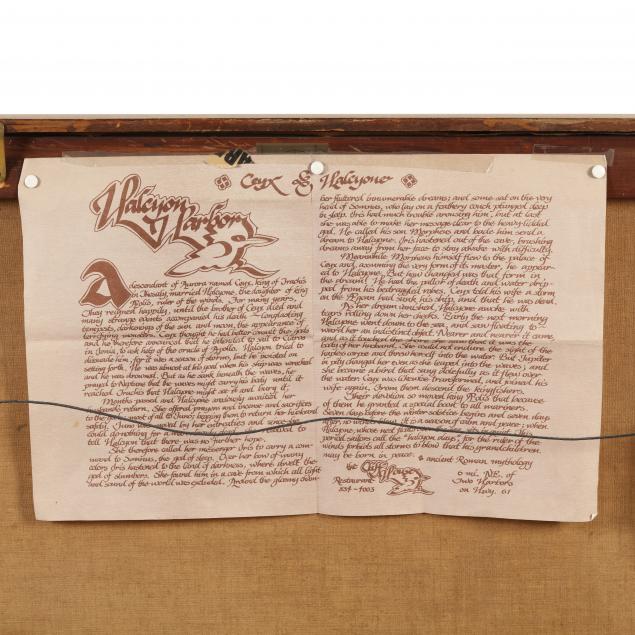 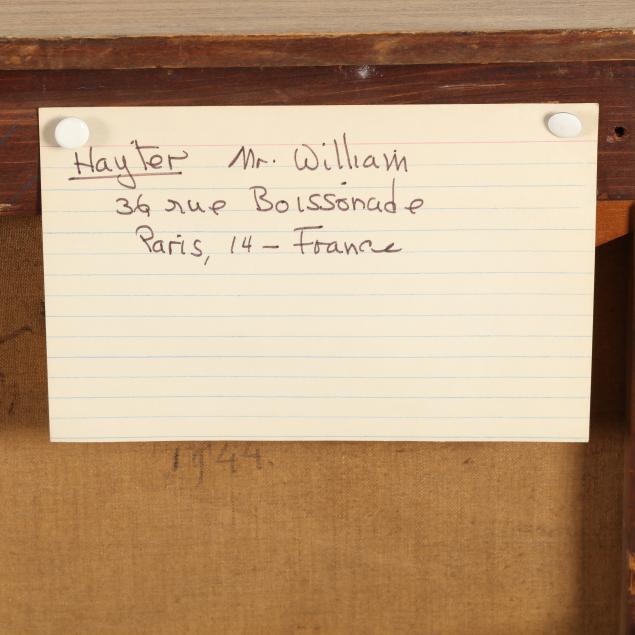 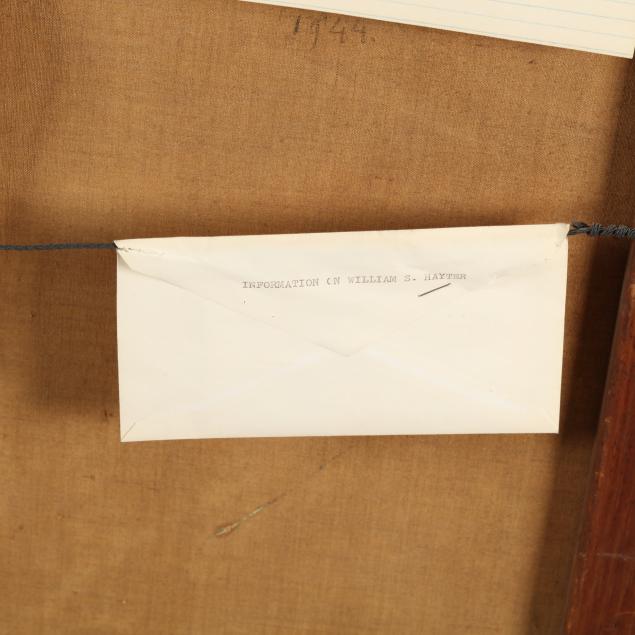 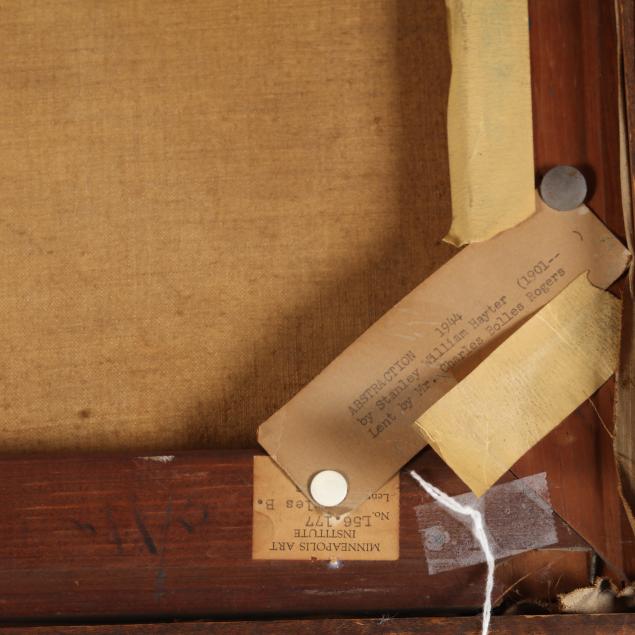 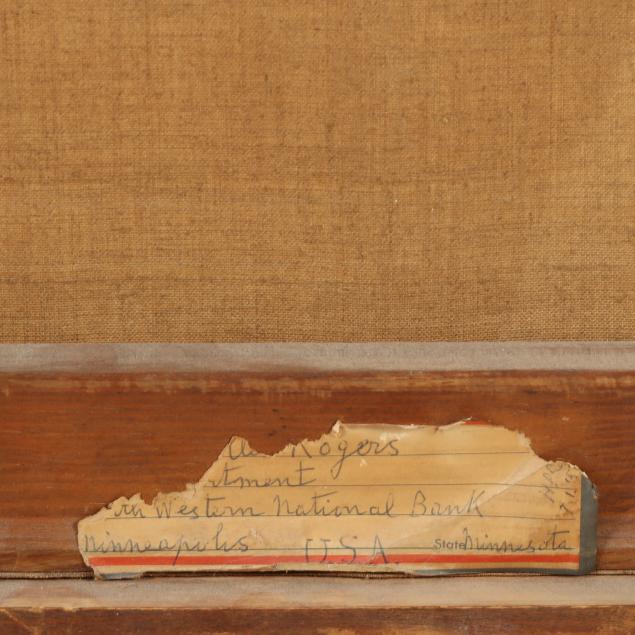 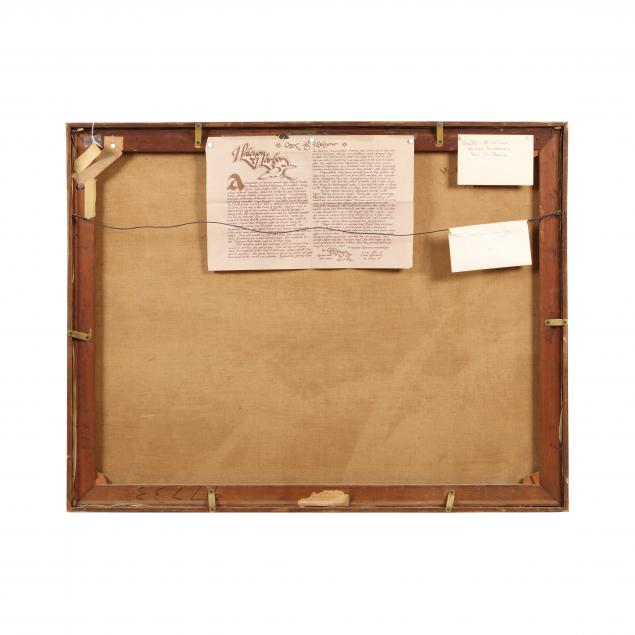