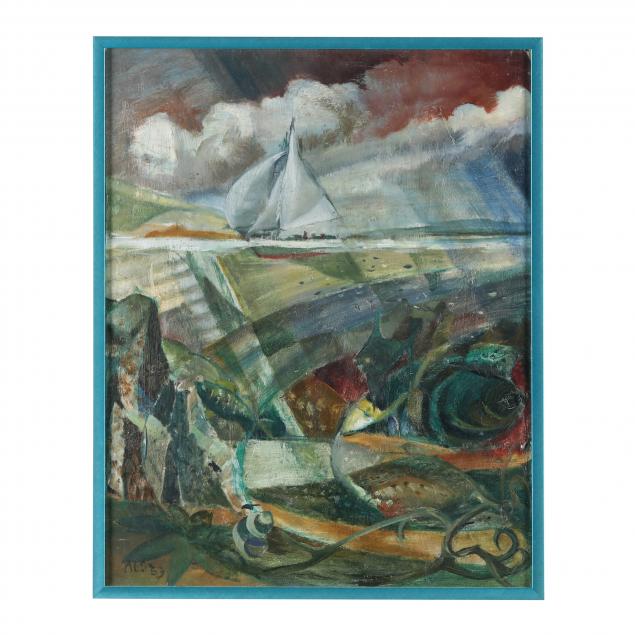 Small area of paint loss in top right corner of board; a few very minor flakes to surface. 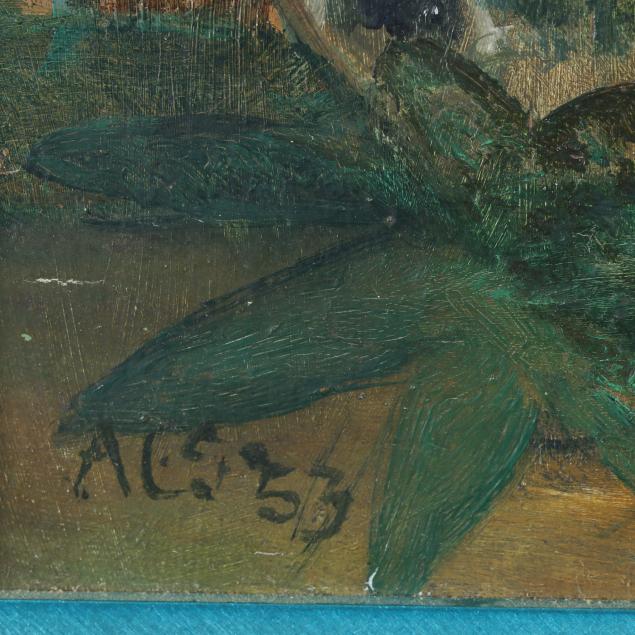 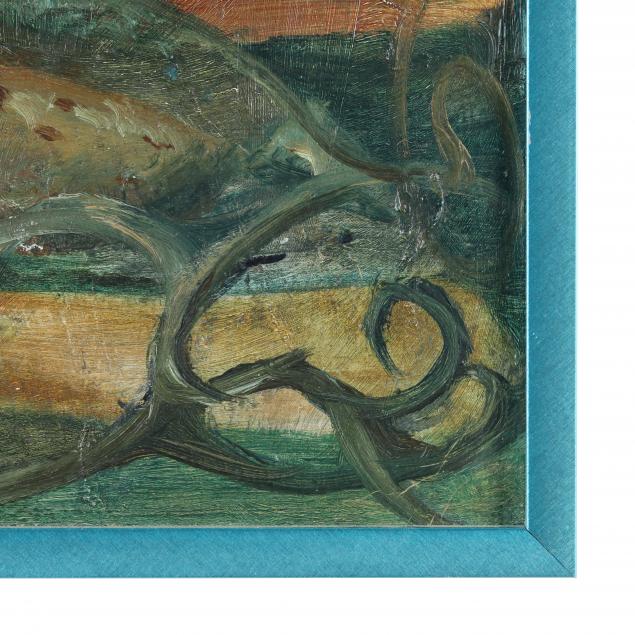 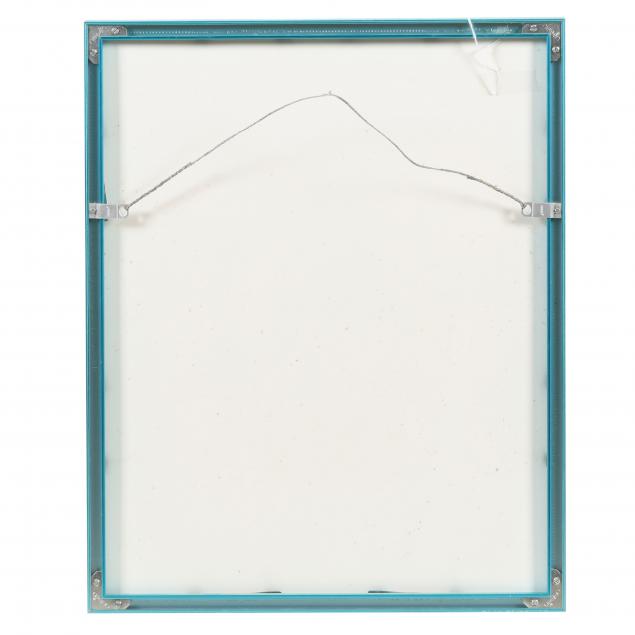