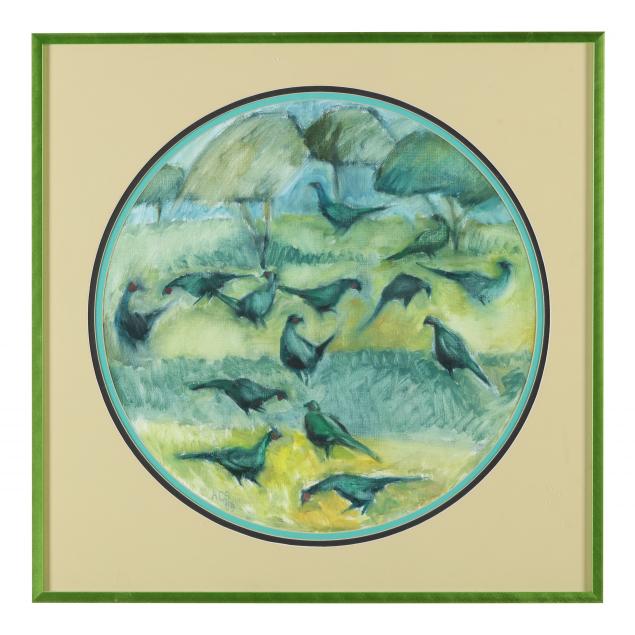 Lot 3162
Alan Caiger-Smith (British, 1930-2020), A Nye of Pheasants
Lot Details & Additional Photographs
Oil on canvas board, signed with artist's initials and dated 2009, matted and framed under glass as a tondo. 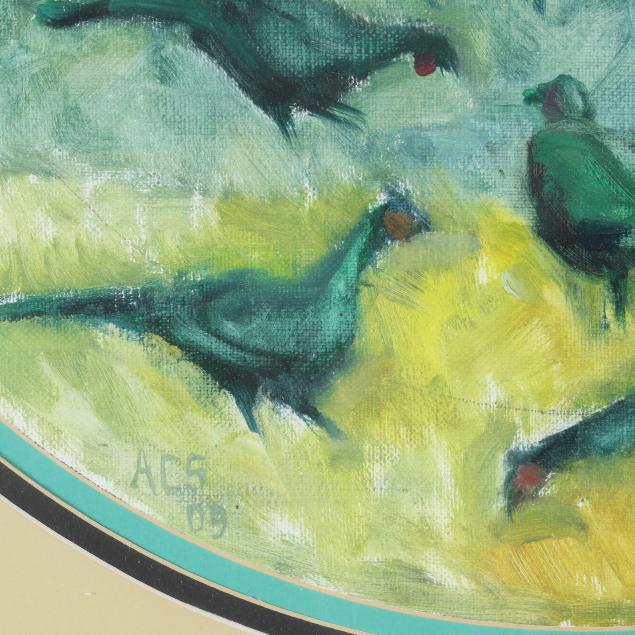 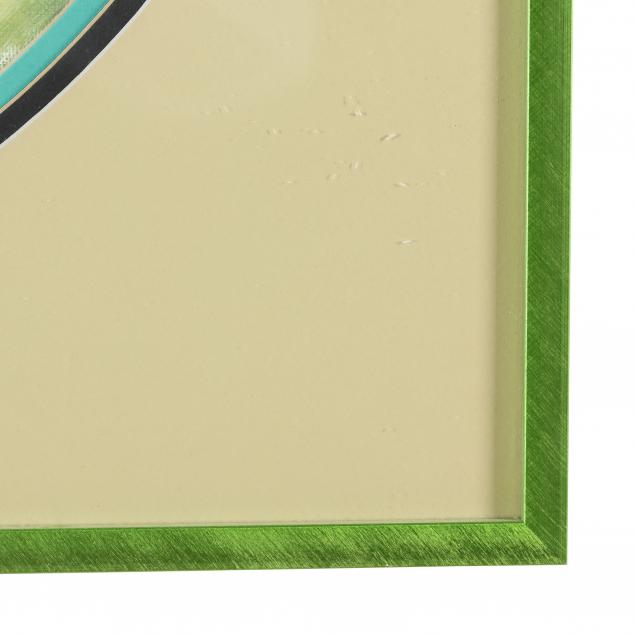 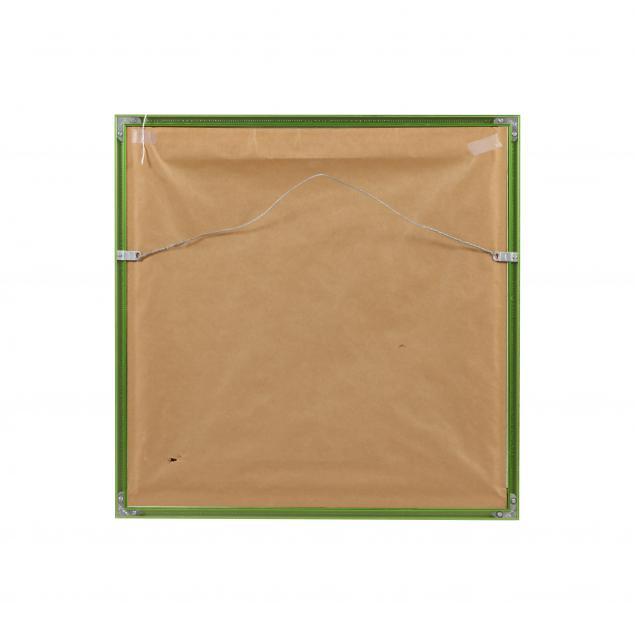