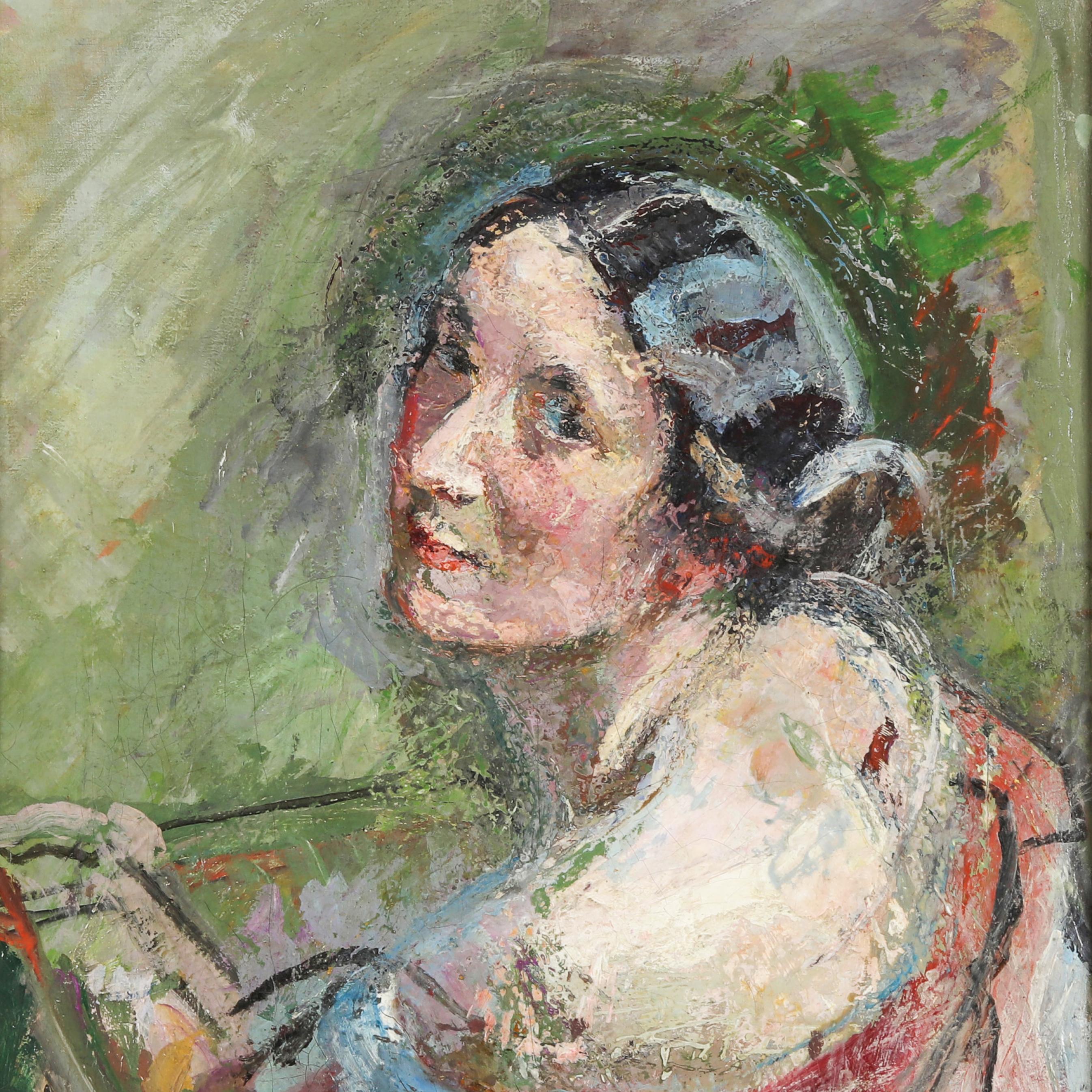 If Walls Could Talk: The Portrait of Frau Z.
Born of oil on the canvas of Franz Wiegele, Frau Z. came to life. Perhaps in the studio or perhaps in the home of a Swiss art patron, she began her soft gaze over her left shoulder.

At some point in the early 20th century, she found herself hanging on the Viennese wall of art critic and editor, Max Roden. One amongst many in his art collection, Frau Z. rested well within the elegant high-rise on Herrengasse street.
The “Anschluss,” or annexation of Austria by Germany, in the early spring of 1938 brought change. Max Roden, a Jewish man living and working in Vienna, was quickly running out of options. Shortly after the Anschluss, Roden lost his job as newspaper editor with the Oesterreichische Volks-Zeitung. Unable to work or obtain exit papers, Roden was forced to sell works from his collection at low prices. Records show that at the end of 1938 (the exact date is unknown), Max Roden sold a portrait by Franz Wiegele, the Portrait of Frau Z., to the Austrian Gallery for 200 RM. Max Roden sold most of his collection and his home, but he and his wife were able to board a ship to America in Antwerp on September 3, 1939. Years later, reflecting on his material loss in a letter to Arthur Roessler, Roden wrote, “What does this loss mean if you put it in relation to the far greater and unspeakably heavier losses that arose from the diabolical event that we had to experience.” 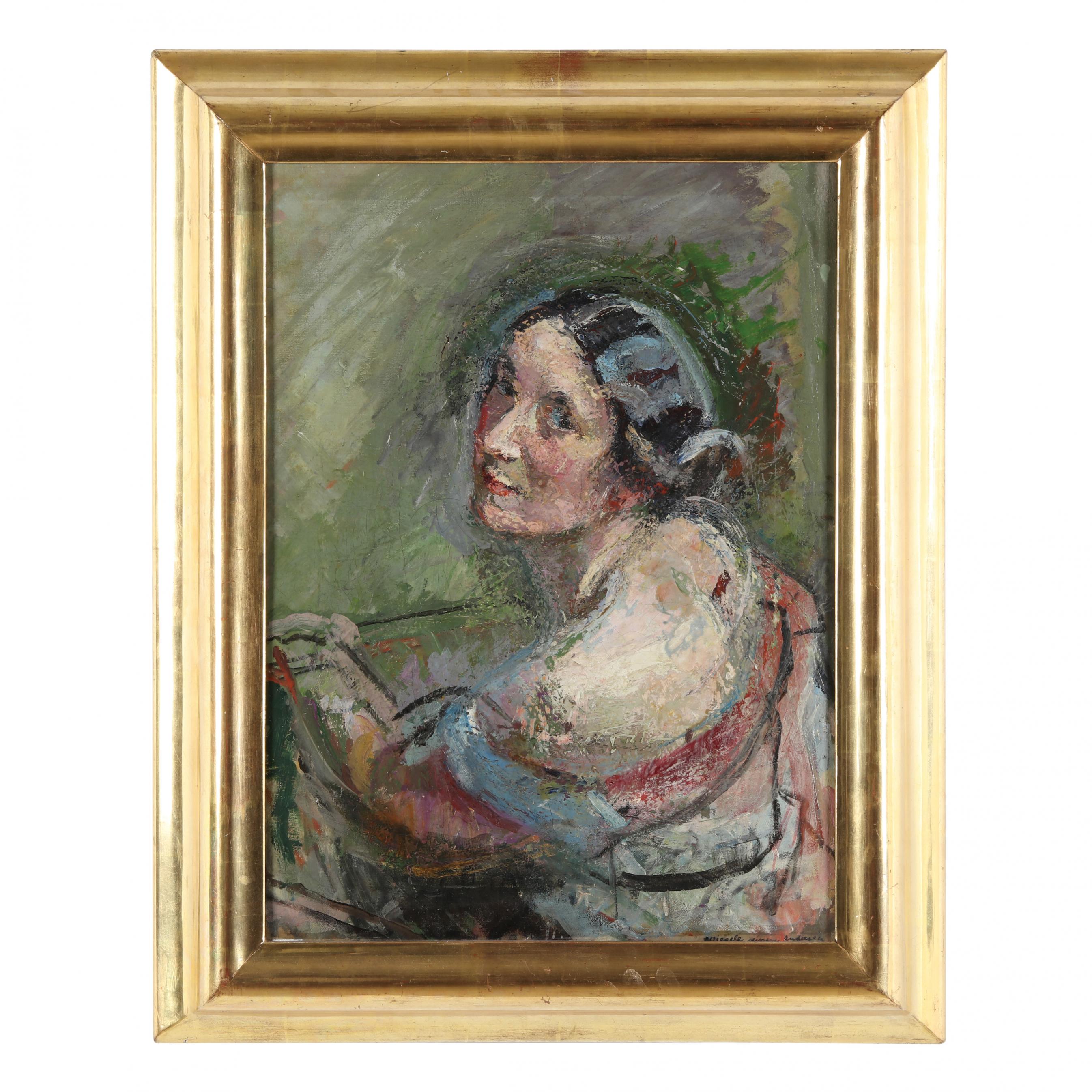 Frau Z. remained in Austria throughout the war. Perhaps she watched, over her shoulder, while on exhibit as the war continued. It is more likely that she hid in an art crate, deep in storage, while the bombing of Vienna intensified. On December 17, 1944, 385 kilometers away from Vienna, in the town of Notsch, allied bombs hit the home and studio of her creator, artist Franz Wiegele. He and his family did not survive.

Decades followed. Frau Z. remained at the Austrian Gallery, now known as the Belvedere Museum. Little did she know, but the Belvedere’s provenance research team was examining all works of art created before 1945 and acquired since 1933. Naturally her story surfaced. By the resolution of June 1, 2007, the Art Restitution Advisory Board recommended the restitution of this painting to the heirs of Max Roden on the ground that its sale in 1938 was a null legal transaction. Frau Z. was restituted to the heirs of Max Roden in 2009.

Descended through the family since restitution, the Portrait of Frau Z. by Franz Wiegele is being offered for sale in our Signature Fall Auction on September 10, 2022.