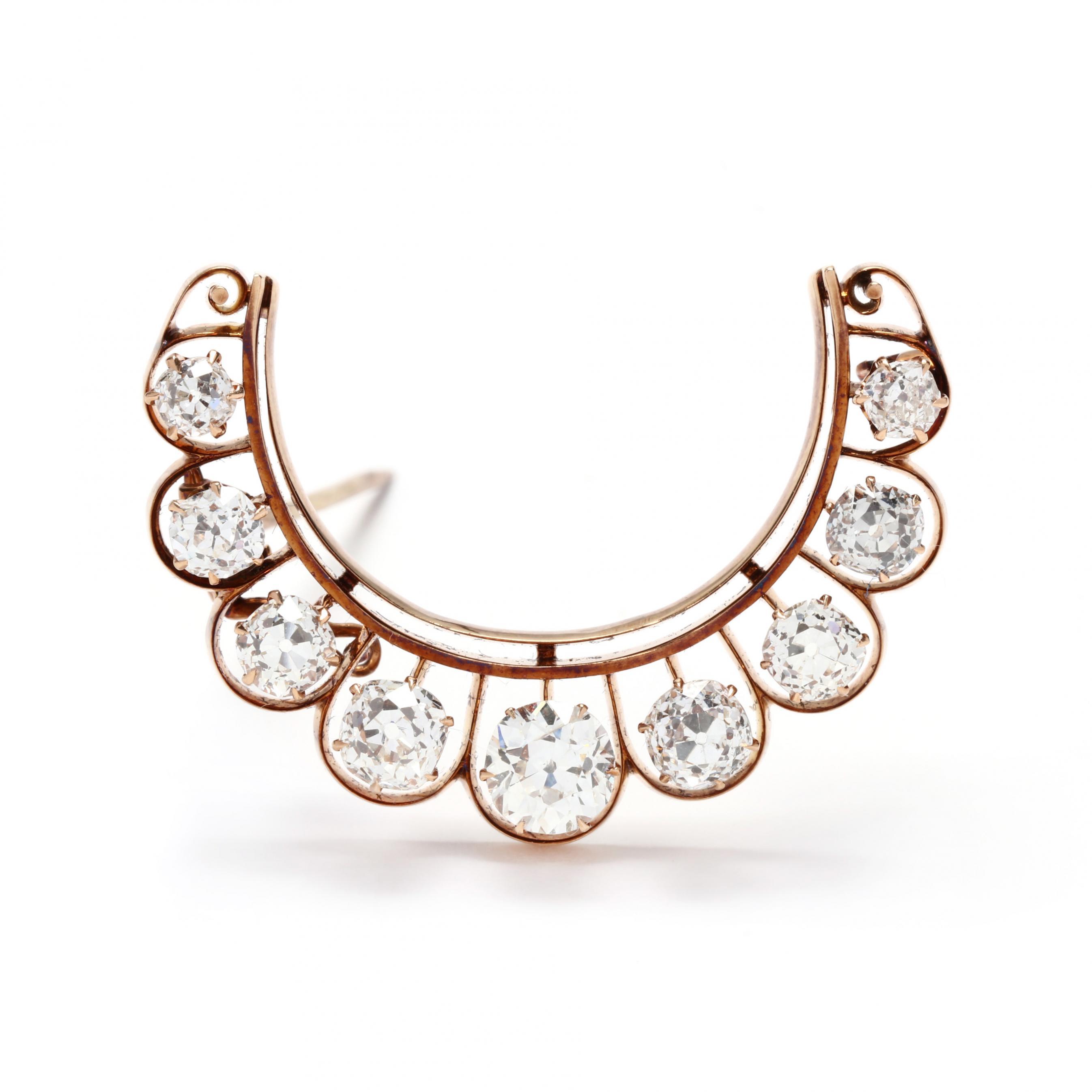 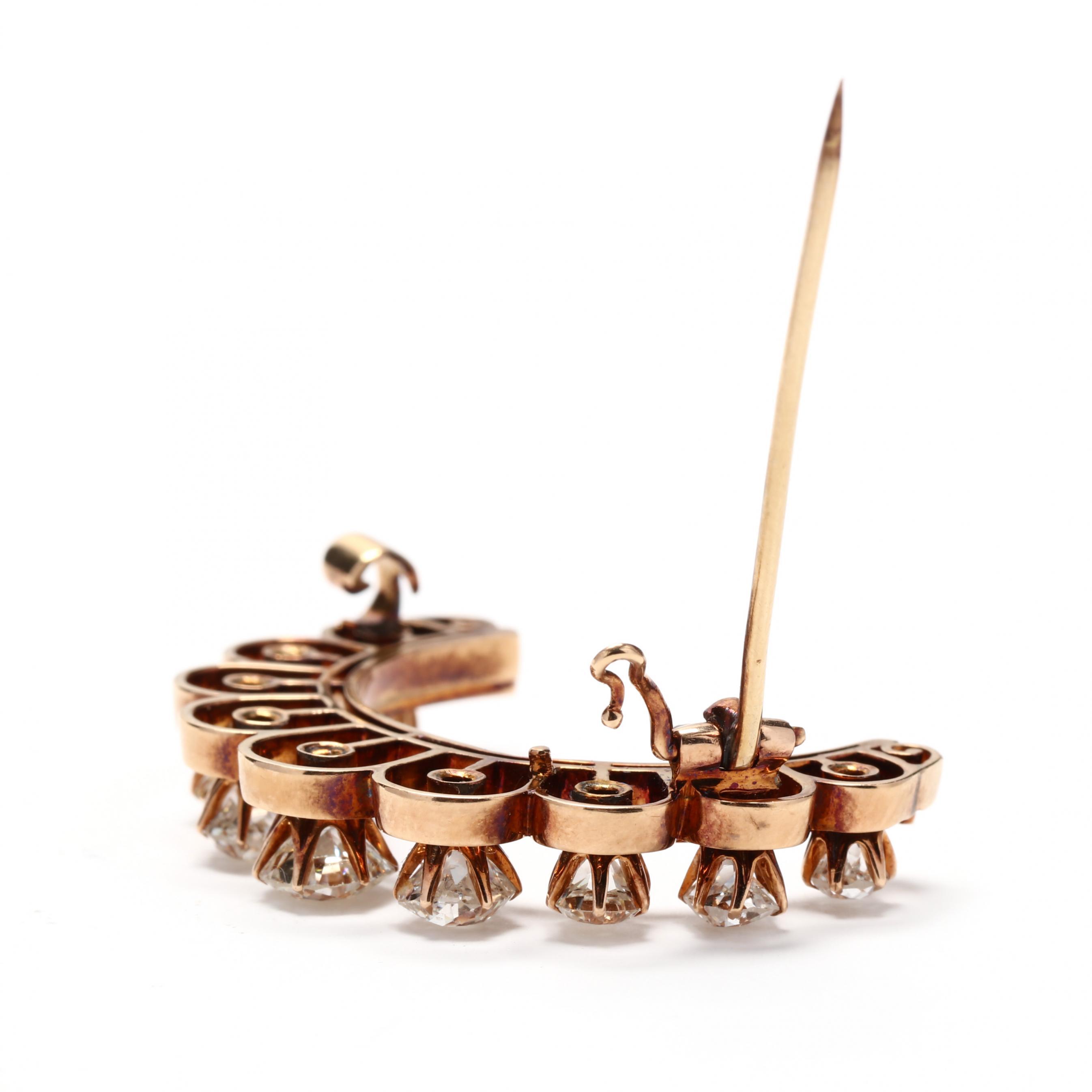 Pinning mechanism on the Antique Gold and Diamond Crescent Brooch
“What I find so special about this brooch is its uninterrupted provenance descending from its original owner to her great granddaughter, the consignor,” states Nancy.

The brooch is a period piece of jewelry that has stayed in its original form since it was made. Oftentimes, pieces such as this one were disassembled to create a ‘new’ piece of jewelry that conformed to the current popular styles. “Not this one,” Nancy assures us, “I like to think that the family members down the line recognized and appreciated its timeless beauty and the symbolism of the crescent form.”

Crescent jewelry, such as this brooch, was often worn in the Victorian and Art Deco eras as a wedding adornment, speaking to femininity and change. We are lucky enough to have journalistic documentation from 1886 of the September 29th wedding between Miss Agnes Jacobus and Mr. Elisha H. Pratt, mentioning the bride wearing the piece. 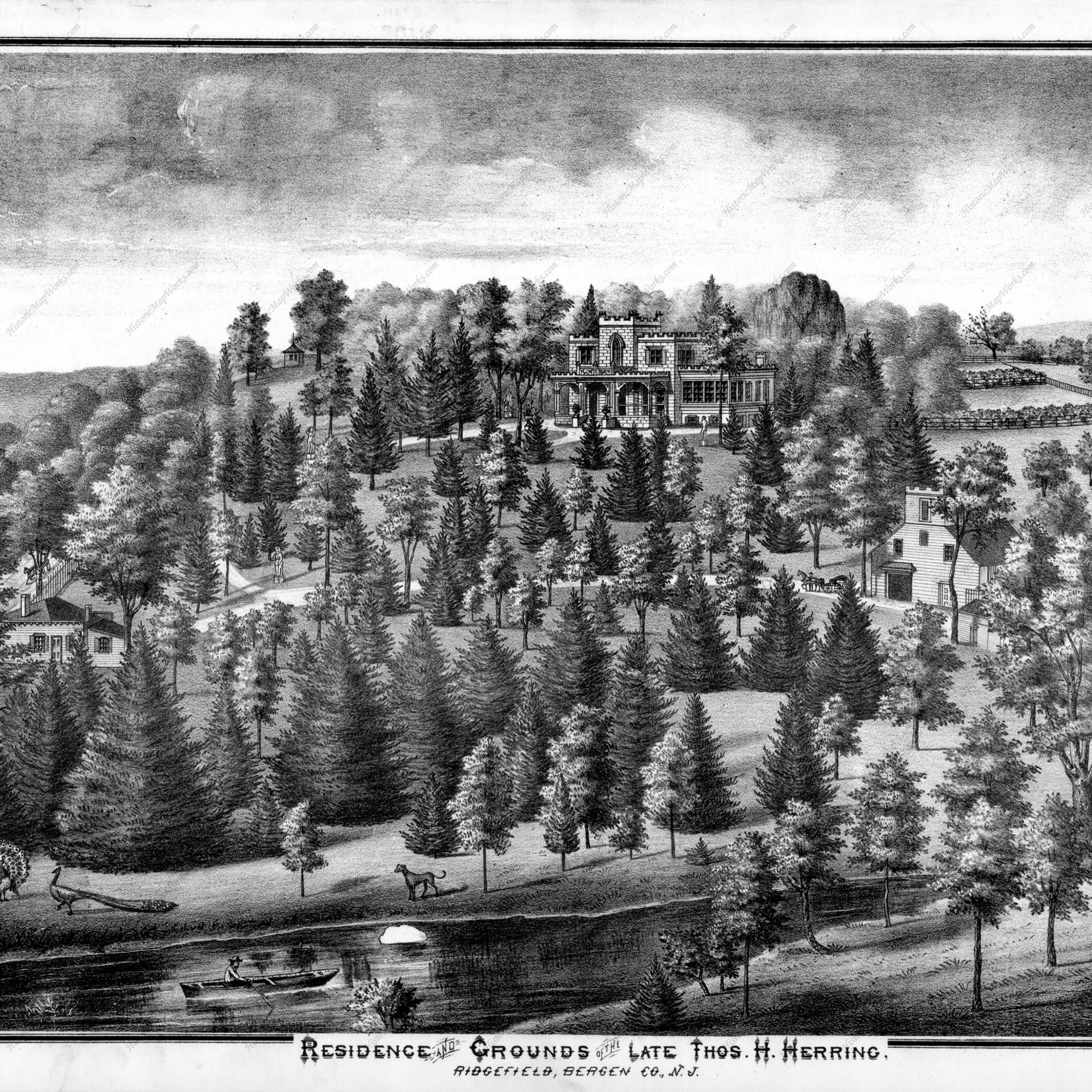 Hillside Park, Fairview, the residence of Mrs. Thos. H. Herring
Hillside Park, Fairview, the residence of Mrs. Thos. H. Herring, was the scene on Tuesday evening of a brilliant reception in honor of the wedding of Mr. Elisha H. Pratt, nephew of the late Thos. H. Herring, and Miss Agnes, daughter of Mr. N. Jacobus, all of Ridgefield. There was a large gathering of the friends and relatives of the parties, notwithstanding the rain, which being so much needed was looked upon as a blessing. The elegant grounds were profusely illuminated with colored lights, producing in contrast with the darkness a weird and magical effect, showing off the castellated mansion to great advantage on approaching. The crowd of friends were in excess to welcome the young bride and groom, who both appeared “just lovely,” and as happy as if nothing was wanting to add to their enjoyment.
The bride wore her wedding robes, displaying in beautiful simplicity only a diamond crescent, a gift of her husband, and, as a lady observed, “she looked indeed a queen.”
It is beyond the province of your correspondent to sketch or delineate the toilets of the ladies; suffice it to say there was not wanting any branch of the modiste’s art to represent the taste and fashion of the present day. Dancing commenced at ten o’clock with music by the excellent band of Lewis Eckhart of the city. The refreshments deserve special mention, not only for their abundance, but for the admirable manner in which they were served by Mr. Howe, of N.Y. A new feature was introduced of guests being seated and waiters provided, which obviates much of the inconvenience of gentlemen to do this duty. Everybody on leaving the table was presented with an exquisite bouquet from the conservatory, to carry home as a souvenir of the occasion. Mr. and Mrs. Pratt will make their future home at Hillside Park.

This article is thought to have appeared in The New York Times but the source can neither be confirmed nor denied. We can confirm however, that this romantic piece will go to the highest bidder in our Signature Summer Auction on June 11. 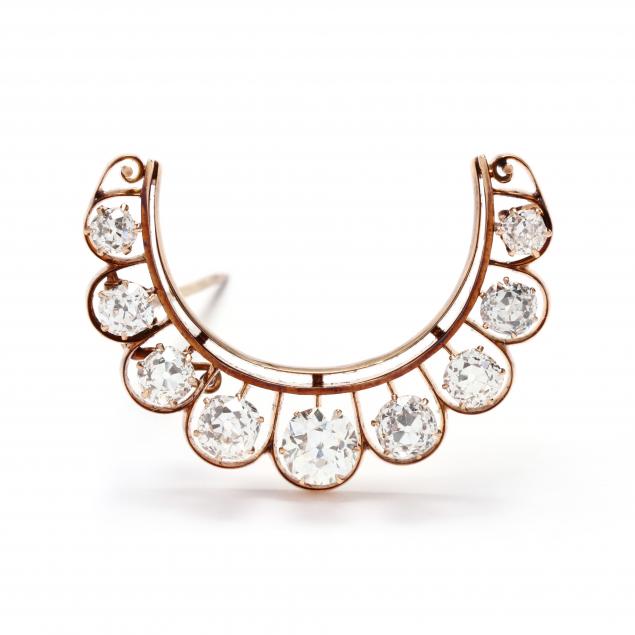